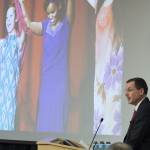 RIVER FALLS, Wis. – The University of Wisconsin System Board of Regents received its first look Thursday at new financial management tools the University will be using to express, explain, and manage its resources.

“Our goal is that you will have greater confidence in how we are managing the University’s finances,” UW System President Ray Cross told the Board.

Among the changes is a shift away from a historical practice of looking at the finances through narrow windows of time, typically one or two years.

“This (narrow view) made it more challenging to capture significant trends, some of which have been harmful,” Cross said. “In the future, we are going to be looking at rolling five- or six-year timeframes. This will allow us to better capture those trends and more accurately evaluate how critical pieces in our budget interact to form the whole.”

Regent President Michael Falbo noted that when Cross took on the job as System president, he had pledged to find ways to better communicate the university’s finances. “We are pleased to see you begin to deliver on that commitment,” Falbo said. 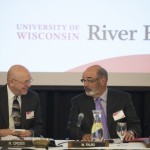 For fiscal year 2013, the total unrestricted program revenue (PR) balances for the System overall were $1.096 billion, Miller said.  Three-quarters (75%) of these PR balances are committed funds (including the obligated, planned and reserve categorizes). Of the remaining funds, only 3% — or about $38 million – are flexible funds without specific documented plans. The other 22% (or $245 million) are categorized as designated, meaning they’re held for a purpose related to the original fund source but planned expenditure is not documented.

Including the latest March data, which concludes the third quarter of fiscal year 2014, preliminary projections for the 2014 year-end totals for program revenue balances of restricted and unrestricted funds are $1.256 billion – down from $1.273 billion in fiscal year 2013. The projected unrestricted balance for FY 2014 is $1.05 billion. 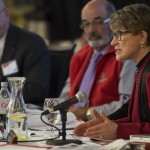 Falbo noted that the 4th quarter typically is heavily weighted toward expenses over revenue.

Regents were also presented with Budget-to-Actual summary data for FY 2014, showing that of the Board-approved $5.997 billion budget, the year-end projection indicates a revenue deficit of $31.4 million and expenditures of $41.1 million above budget – for a projected total net of -$72.5 million. This performance report will be used by UW management and staff as an additional tool for managing resources during the fiscal year.

“I guess you’re getting close to a non-CPA understanding this,” said Regent Margaret Farrow, after a Business & Finance Committee presentation. 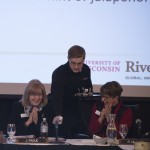 The UW-River Falls Dairy Pilot Plant named a cheese in honor of the Regents’ visit: Reggenti (plural Italian for “regent”).

Preparing for the Board’s vote on the 2014-15 annual budget in June, Regents were briefed on new budget modeling going forward that will use not only the prior year’s budget to develop the new budget, as was done in the past, but also include projected “actuals” for the prior year as well as projected fund balances.

“Our whole purpose is to prepare you and help you feel comfortable with what we’re doing as an organization and to be open about where we are and where we’re going,” Cross said.

“Huge effort is being put into doing this in the best way possible,” Farrow said.

UW-River Falls is on ‘Pathway to Distinction’

Host Chancellor Dean Van Galen led the presentation, “The University of Wisconsin-River Falls: Pursuing a Pathway to Distinction in the St. Croix Valley.” 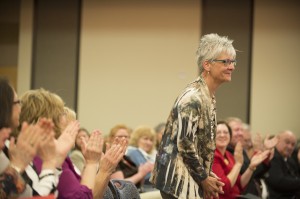 “In this program, students conduct directed research projects and travel relatively independent in Europe for quarter terms,” explained Van Galen, adding that this strong international focus is one the campus wants to build on. In fact, the University tagline is, “Global. Innovative, Excellence.”

“We aspire to be among the national leaders in internationalization among public comprehensive, master’s level institutions,” Van Galen said. Currently, the proportion of UW-River Falls seniors who have experienced international study is nearly double that of comparable institutions, at 22%.

In addition to expanding global educational programs, UW-River Falls is focusing on “distinctive academic excellence” and stronger partnerships to further differentiate itself in the state and region. Part of this effort is a renewed focus on undergraduate research, scholarship and creative activities. 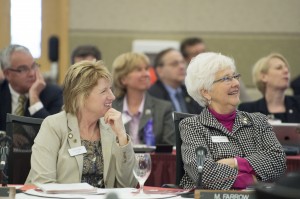 Business administration, animal science and biology are the three academic programs on campus with the highest enrollments, according to Van Galen. “UW-River Falls, with 135 dairy science majors, is second only to Cornell University,” he said.

UW-River Falls is also committed to “build impactful partnerships in our region and beyond,” he said. Van Galen cited the Hudson Center, which serves adult learners via a part-time MBA and undergraduate programs in business administration. The Center was developed with advice of community leaders, including Hudson Mayor Dean Knudson.

“It’s wonderful to have other people in the same boat as you are,” said Teresa Kosmas, an adult student at the Hudson Center. 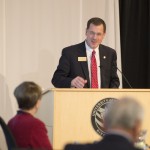 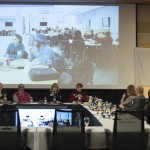 The wide array of degree program choices at UW System campuses has expanded slightly over the past five years. Currently, there are 1,214 degrees UW students may pursue.

“We’ve had a net gain of 32 new degree programs over five years,” said Stephen Kolison, Jr., Associate Vice President for Academic, Faculty and Global Programs. He said during that time, 80 degrees were added and 48 were removed.

Bachelor’s degree programs were the most common, numbering 726. Master’s programs followed with 336.

Kolison noted that certain degrees, such as accounting, are popular and can be pursued on virtually all campuses. Psychology is the lone major available on every campus. Nevertheless, Kolison said “the level of duplication is quite small.” In fact, the majority (58%) of undergraduate degree programs are offered at just one institution.

Kolison reminded the Board of Regents that one of its most important responsibilities is to “ensure that the citizens of the state of Wisconsin are provided with a high-quality array of academic programs while minimizing unnecessary duplication.”

Sajan, an international translation company based in River Falls, has hired 10 full-time UW-RF students since the company was founded in 1997. CEO Shannon Zimmerman told Regents that his company has grown rapidly over the years and now has offices on “nearly every continent.”

He describes his relationship with the campus as mutually beneficial. The students need work experience and it’s not easy for his company to find software engineering talent because it’s in such great demand.

“I try to hire the best and brightest (UWRF students) before Minneapolis gets to them,” he said. But Zimmerman looks for more than just technology specialists. “Marketers and people with good business skills” are among those students he is interested in, too.

At first, Zimmerman said his colleagues were skeptical that students could add value for the company, given their lack of experience. But the company founder said inexperience can also be an asset. “Students don’t know what is impossible and will work hard to figure out problems,” he said.

He said there is no question that interns and students eventually hired for full-time positions have helped his company prosper, and he credits UW-RF faculty for facilitating the relationship.

“I can’t be more grateful to this university,” said Zimmerman.

LEAP Campaign: Student Regent Tracy Hribar led a discussion regarding the UW System’s partnership with the American Association of Colleges and Universities and its LEAP Campaign (Liberal Education and America’s Promise).  LEAP Wisconsin works to ensure that UW students are provided with the essential learning tools and skills they need to be successful in their work, civic, and personal lives.

“It’s easy to make jokes about what art, political science or English majors are going to do with their degrees. They do just fine. But we must support them,” Hribar said.

Hribar, who is the business manager for James Hribar Trucking, a family business in Raymond, Wis., said she is the first Wisconsin business owner to sign on to AAC&U’s Employer-Educator Compact, and she urged others to follow suit. “This is the way to link UW with the business community,” she said.

Regent President Mike Falbo called the findings of a Gallup/Lumina Foundation poll that 90% of provosts think American colleges and universities are preparing graduates to succeed in the workforce while only 14% of the American public share that opinion “kind of staggering.”

The University of Wisconsin System Board of Regents will resume its meeting
at 9 a.m., April 11, 2014, at UW-River Falls.