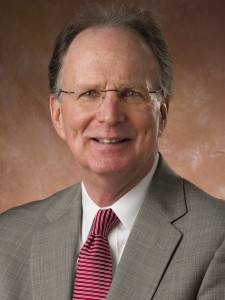 MADISON, Wis.—University of Wisconsin System President Kevin P. Reilly, the second longest-serving leader in the system’s history, today announced that he will leave to advise the American Council on Education (ACE) in January 2014 and return to teaching.

“We overcame financial headwinds to build a higher education system that expanded access to college classrooms for Wisconsin families and responded to the needs of our economy for skilled graduates able to compete and succeed in a global economy,” Reilly said, looking back at his nine-year tenure.

Regent President Michael Falbo credited Reilly with being a “strong, effective leader for the UW System” as it grew to serve more than 182,000 students statewide.

“Together, we have seen this university system weather some tough times, but I could always count on his collaborative leadership style and his broad understanding of the forces that are reshaping American higher education,” Falbo added. “He put students first, making their needs, and their futures, a top priority.”

In his new role as Presidential Advisor for Leadership, Reilly will work closely with ACE President Molly Corbett Broad to expand the capacity and reach of the Council’s wide array of programs that serve college and university presidents and chancellors as well as other senior leaders and rising administrators.

“As the academic and financial platforms of American higher education morph beneath us, leaders of the future will need a new set of skills and attitudes to move higher education forward, while preserving its best traditions,” Reilly said. “I look forward to partnering with President Broad and ACE to contribute to the development of that new leadership cadre.”

ACE is the nation’s most visible and influential higher education association. It represents the interests of the presidents of U.S. accredited, degree-granting institutions.

Reilly, 63, was appointed to the UW System’s top post in September 2004, leading a system that includes two doctoral universities, 11 comprehensive universities, 13 freshman-sophomore UW Colleges, and the statewide outreach networks of UW-Extension. He served as Chancellor of UW-Extension from 2000 through 2004, after serving as that institution’s Provost and Vice Chancellor for four years.

“The leadership development programs at ACE are a genuinely exciting new opportunity for me,” said Reilly. “As UW System President, I have hired and worked as a colleague with 31 Chancellors and Interim Chancellors.”

Reilly thanked faculty and staff on system campuses and staff in UW System Administration for their dedication.  They “persistently applied their energy and creativity to delivering first-class education, research and outreach, despite compensation cuts,” Reilly said.

Reilly will continue as UW System’s chief executive through the end of the calendar year. After making the transition to ACE as a part-time consultant, he will also take on a part-time teaching role in the UW System.

Falbo said Reilly came to the job with a deep appreciation of the “value of an integrated system where each institution played a distinctive, yet complementary, role.” Falbo has served on the board for Reilly’s entire tenure.

“Kevin has been a steadfast advocate for those institutions, and their role as economic engines for the state,” Falbo said. “The challenges have been formidable, but he has met every one with intelligence, grace, integrity, common sense, a great sense of humor… and the occasional poem. It has been a great privilege to work with Kevin, and on behalf of the members of our university community, I want to thank him for his exemplary service and dedication.”

Regent Vice President Regina Millner said one of Reilly’s lasting legacies can be seen in the talented people he helped to hire to lead the system’s campuses.

“I believe President Reilly’s important role of putting in place talented leadership, our campus chancellors, is one of his greatest legacies.   All but two of the current UW chancellors were recruited and hired by President Reilly,” Millner said.  “In addition, their skills have been leveraged through President Reilly’s collaborative style. We are all impressed by the way he interacts with campus leaders and how he engages them in shaping UW System’s strategic direction.”

“The state of Wisconsin has deep respect and gratitude for President Reilly’s contributions to the UW System, including his work to focus the university’s attention on economic and workforce development. He initiated conversations with the Wisconsin Economic Development Corporation that led to a very promising partnership with the UW System. I also appreciate the leadership he has provided for the innovative UW Flexible Option, which will enhance college access for working adults,” said Gov. Scott Walker.

“Kevin Reilly has led the UW System through a time of unprecedented growth.  He has worked tirelessly to preserve UW’s position as an academic and scientific leader, here in the U.S. and around the globe. At the same time, he’s never forgotten the public mission of the university to educate our citizens.  During his tenure and under his leadership, the UW System is educating more students than at any time in history. The number of graduates is way up. Privately funded financial aid has more than doubled. An unprecedented amount, nearly $4 billion ($770 million privately raised) in new buildings has transformed campuses across the state.  Kevin’s service has improved the lives of tens of thousands of UW students,” said former Gov. Jim Doyle.

In 2006, Reilly introduced the Growth Agenda for Wisconsin – a vision for statewide economic growth focused on increasing both the number of college-educated citizens in the state and the number of jobs. That vision became the over-arching framework for UW System’s annual accountability reports, providing legislators and other stakeholders with detailed data about academic and operational performance. It also laid the groundwork for UW System’s Knowledge Powers Wisconsin campaign.

As state support for higher education continued to decline over the past decade, Reilly led efforts to increase the amount of financial aid for deserving students. The amount of private grant aid (excluding loans) awarded to UW students with demonstrated need has grown by 124% under Reilly’s leadership – from $11.5 million in 2004 to $25.8 million in 2012.

Reilly has led efforts to invest in UW campuses, overseeing landmark construction projects such as UW-Milwaukee’s School of Freshwater Science, the Wisconsin Institutes for Discovery at UW-Madison and many others. During Reilly’s tenure, more than $3.9 billion worth of projects were constructed on UW campuses, including $770.2 million from private gifts.

Falbo announced that work has already begun to prepare for a national presidential search to identify Reilly’s successor. He expects to name a special Regent selection committee and a larger search-and-screen committee in the coming weeks. The goal is to name a successor by the spring of 2014.

“Kevin and I began talking about a transition plan last fall, which is a tribute to the way he thinks strategically and methodically about things, always putting the needs of the institution first,” Falbo said.

“We will search the nation for the best possible candidate to fill this critical position, because it will take an extraordinary individual to follow in President Reilly’s footsteps,” Falbo said.