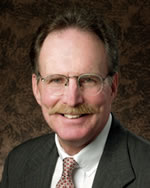 “We are very pleased to look to one of our own great talents, Kevin Reilly, as the committee’s choice to lead this university system into the future,” said Regent President Toby E. Marcovich, who served as a selection committee co-chair. “Chancellor Reilly brings a valuable statewide perspective from his four years as chancellor of UW-Extension, which is represented on all 26 campuses and in all 72 Wisconsin counties. He has strong statewide relationships, and he has very strong support among his fellow chancellors and other university stakeholders. He has demonstrated his commitment to the UW System’s mission to provide access and educational opportunity for students and citizens across Wisconsin, and he continues to fulfill the promise of the Wisconsin Idea.”

“Dr. Reilly understands first-hand the variety of priorities of citizens across the state,” added selection committee co-chair Regent Guy Gottschalk. “His academic experience and expertise in building relationships with governments and communities are a perfect fit with the university’s commitment to quality, access, and economic development.”

A New York native, Reilly has served four years as UW-Extension chancellor and four years as vice chancellor and provost. He came to Wisconsin from the State University of New York System, the nation’s largest comprehensive university system, where he was associate provost for academic programs and worked directly with the Board of Trustees as secretary of the university.

“I am honored that the search-and-screen and selection committees, headed by Regents David Walsh, Toby Marcovich and Guy Gottschalk, have shown their trust in me and my abilities,” Reilly said. “Having met with countless Wisconsin citizens, I understand how much this state’s public university means to them. I look forward to working with the Board of Regents, Gov. Jim Doyle, the Legislature, my fellow Chancellors, all UW faculty, staff, students and others on strengthening our connection to the people of Wisconsin.”

“I am confident that the recommendation of Kevin Reilly as the next UW System president will mean a successful and positive transition in leadership of the university,” said outgoing UW System president Katharine C. Lyall, who is retiring in September after nearly 13 years in her post. “His statewide experience, understanding of what quality and access mean for higher education, and demonstrated commitment to improving Wisconsin communities make him uniquely qualified to lead this university in the challenging times ahead.”

Reilly is also an author and editor of books and articles on higher education policy, accreditation, biography, and Irish studies. He has been a guest expert on Wisconsin Public Radio’s “University of the Air,” offering programs on “Yeats, Joyce and Irish Literature” and on Seamus Heaney, Ireland’s recent Nobel Prize winner in poetry.

As UW-Extension chancellor, Reilly has been a key member of the team of 15 chancellors who have had to make difficult decisions in managing cuts in state support to the university.

“I am very aware of how budget cuts translate to very real effects on UW campuses and in Wisconsin communities,” Reilly said. “I know the University of Wisconsin System has the potential ― through technology, university expertise, community involvement and unique partnerships ― to carry the state toward a prosperous future. As president, I will redouble our efforts to convince all Wisconsin citizens that reinvestment in their university will pay dividends in the years ahead for them and their families.”

Reilly was one of four finalists for the UW System presidency recommended by the President of the UW System Search and Screen Committee. The other finalists were Elizabeth Capaldi, vice chancellor and chief of staff of the State University of New York (SUNY) System, and former Provost and Professor of Psychology at the University at Buffalo, SUNY; Steven C. Gunderson, senior consultant and managing director of The Greystone Group, Inc., eight-term Congressman representing the Third Congressional District in Wisconsin; Wisconsin State Legislator, 1974-79; and David R. Smith, M.D., chancellor of the Texas Tech University System, former commissioner of the Texas Department of Health, and former senior vice president of Parkland Memorial Hospital in Dallas.  Smith officially withdrew as a candidate before interviews last week.

The 18-member search-and-screen committee was chaired by Regent David G. Walsh of Madison.  Marcovich, of Superior, served as co-chair of the Regent Selection Committee along with Regent Guy Gottschalk of Wisconsin Rapids, immediate past president of the board. Members included Regents Roger E. Axtell of Janesville, Mark J. Bradley of Wausau, Danae Davis of Milwaukee and David Walsh of Madison.

Reilly and his wife, Kate, reside in Madison, Wisconsin. They are the parents of three children. His expected start date will be sometime in September.

Editors, reporters: Please contact University Relations to arrange for an interview with Reilly.