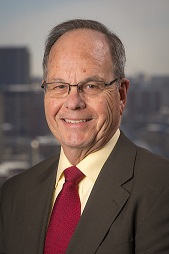 MADISON, Wis. – University of Wisconsin System President Ray Cross has named David J. Ward as interim senior vice president for academic and student affairs for the UW System. Ward will succeed Mark A. Nook, who announced earlier this week that he has accepted a new position as chancellor at Montana State University Billings.

Ward, CEO of NorthStar Consulting, Inc., a Madison-based economic consulting and research firm he established in 2000, was recently named chair of the WiSys Technology Foundation. With a career spanning multiple campuses in the UW System, Ward is a former senior vice president with the UW System (1994-2000), and also served as interim chancellor at UW-Green Bay from 2008-09.

“David brings a deep knowledge of statewide needs both in the realm of economic development and higher education,” Cross said. “I am deeply appreciative of his willingness to step in and serve at this time. His experience, expertise and input will be valuable assets.”

Ward will start in the new position effective June 18. A national search process to identify a permanent successor to Nook will be launched shortly.