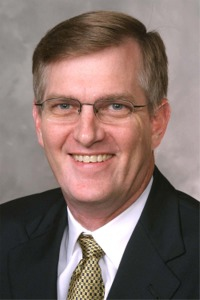 MADISON, Wis. – Mark A. Nook, senior vice president for academic and student affairs for the University of Wisconsin System, has announced that he has accepted a new position as chancellor of Montana State University Billings. He plans to take office there in July 2014.

“Mark has been a strong leader for the UW System, helping to increase the efficiency and effectiveness of our teaching, research, and service in a time of significant changes for higher education,” said UW System President Ray Cross. “His grasp of trends and the stories behind the statistics have made him a valued authority on academic issues and student concerns.

“This is an exciting opportunity for Mark, and we wish him the best,” Cross said.

Nook served as the interim vice president for academic and student affairs starting in 2011, and assumed the job on a permanent basis the following year. He previously served as provost and vice chancellor at UW-Stevens Point, also serving as that institution’s interim chancellor from 2009-2010.

Cross plans to name an interim academic and student affairs leader shortly. He will also work with the UW System Board of Regents to launch a national search to identify Nook’s permanent successor.