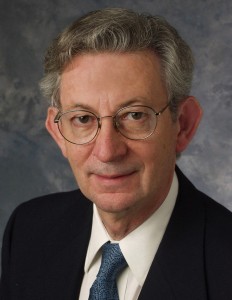 Ward’s appointment will take effect on July 18. Martin announced on June 14 that she is leaving the university to become the president of Amherst College.

After consulting with leaders of the Board of Regents and members of the UW-Madison campus community, Reilly identified Ward as the person who could provide effective leadership for UW System’s largest campus while a search is launched for Martin’s permanent successor. Ward served as UW-Madison Chancellor from 1993 to 2000, then led the American Council on Education (ACE) in Washington, D.C. for seven years.

“Chancellor Emeritus Ward is someone who knows UW-Madison from the ground up, who also understands Wisconsin culture and tradition. Given his national and global leadership in higher education, he also brings a fresh perspective and a well-informed view of the higher-education landscape,” said Reilly. “He’s someone who can bring people together on the campus, reach out to the other UW System Chancellors, and serve as a strong advocate for UW-Madison.”

“Chancellor Emeritus Ward is someone who has demonstrated that he can do the job well. He has dealt with the vast complexities of leading this major research institution. As a longtime UW-Madison faculty member and academic leader, he understands the UW System, and UW-Madison’s unique role within it,” said Regent President Michael J. Spector of Milwaukee.

“As Interim Chancellor, David will not simply act as a caretaker. We have major budget decisions to make, and new flexibilities to implement. We must work together to embrace those new business practices while preserving UW’s best qualities,” said Reilly. “Chancellor Emeritus Ward is a strategic thinker who can help us implement those significant changes in ways that fit with UW-Madison’s academic tradition, while laying the groundwork for its future.”

“I am eager to listen to reactions to the political challenges of the past six months both off and on campus, but my main purpose will be to build on the substantial increase in fiscal and administrative flexibilities contained in the recently enacted budget,” said Ward. “At the same time, I am also sensitive to the need to balance, refine, and preserve the public as well as the private partnerships that drive the resources of comprehensive research universities. My experience at ACE convinced me that UW-Madison is not alone in confronting these challenges.”

Born in Manchester, England, Ward earned his bachelor’s and master’s degrees from the University of Leeds, and received his doctorate from UW-Madison in 1963. His UW-Madison faculty career spanned more than 30 years, including service as chair of the geography department and associate dean of the Graduate School. Ward became vice chancellor for academic affairs in 1989. He served as interim chancellor for six months in 1993 before being appointed to the post by UW System President Katharine Lyall and the Board of Regents.

As the 11th president of ACE, Ward led the nation’s most prominent higher-education association, representing 1,800 accredited, degree-granting institutions from all sectors of higher education, and nearly 200 national and regional organizations. ACE coordinates the policy preferences of groups of universities and colleges with strikingly different missions, to create a unified voice on key national debates about higher education. In addition, ACE serves as a key liaison between U.S. higher education and that of many other countries.

Under Ward’s direction, ACE undertook a series of high-profile public outreach campaigns, including the “Solutions for Our Future” campaign in 2006, highlighting the societal benefits of higher education. Ward also led ACE through a comprehensive strategic planning process to focus the organization’s work.

Reilly is now working with the Board of Regents and the UW-Madison campus community to begin a national search for the next chancellor, aiming to have a permanent leader in place next summer. Reilly will appoint a search and screen committee comprised of UW-Madison faculty, academic staff, classified staff, and students, as well as community representatives. That group will commence the national search and recommend finalists for consideration by Reilly and a special committee of Regents, to be appointed by Spector.