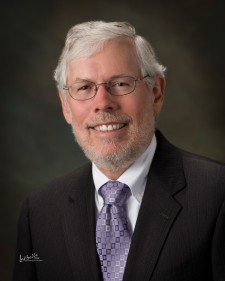 Reilly, the second longest-serving leader in the system’s history, announced on July 30 that he will leave to advise the American Council on Education (ACE) and return to teaching. Telfer’s interim appointment will begin on Jan. 1, 2014 and will extend until the new UW System President steps into the leadership post.

“Chancellor Telfer came up through the ranks as a faculty member, administrator, and academic leader. He understands the UW System and the complex issues we’re facing,” said Falbo. “We are fortunate to have someone with his considerable experience and leadership skill, who can provide an important sense of stability during this transition period.”

Telfer was selected in 2008 as the 15th chancellor of UW-Whitewater. He has been a member of that campus community for more than 20 years, including service as Provost and Vice Chancellor and Associate Vice Chancellor. He previously chaired the Department of Curriculum and Instruction, where he is a faculty member, and served as Assistant Dean in UW-Whitewater’s graduate school. He first joined the campus as an assistant professor in 1985.

Telfer is known as an enthusiastic champion of UW-Whitewater’s national success in both academics and athletics. He has worked to strengthen retention and graduation rates at UW-Whitewater, developing freshmen learning communities and initiating a new student seminar. He also played a key role in establishing several nationally recognized academic programs including: the Academic Advising and Exploration Center, the Undergraduate Research Program, the McNair Scholars Program, and the Honors Program.

Telfer earned his Ph.D. in curriculum and instruction from UW-Madison. He holds a bachelor’s degree in speech/English and a master’s degree in secondary education/reading improvement from Central Michigan University. 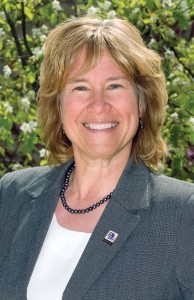 Reilly announced today that UW-Whitewater Provost and Vice Chancellor Beverly A. Kopper has agreed to serve as that institution’s interim Chancellor, effective January 1. Kopper was appointed Provost in March 2010, after serving as Associate Provost for Academic Affairs at the University of Northern Iowa.

After consulting with Regent leadership, Reilly identified Kopper as the person who could provide effective leadership for UW-Whitewater while Telfer steps up to lead UW System. The UW System Board of Regents will approve salaries for both interim appointments in December.

A national search is under way for the next UW System President. Following an intensive recruiting effort, the search and screen committee will begin vetting applicants next month. A slate of finalists will be announced later, and plans call for the full Board of Regents to name the next UW System President in January 2014. See http://www.uwsa.edu/presidential-search/ for more information.