WAUKESHA – To bring its rates closer to competitive market rates, the University of Wisconsin System Board of Regents on Friday ratified targeted tuition increases for non-resident, graduate, and professional programs at selected institutions.

Regents also approved implementation of tuition increases for 2015-16 in selected non-resident, graduate, and professional programs at UW-Madison as part of a four-year plan developed by the institution.

All changes are expected to bring UW rates closer to market rates for comparable programs.

“Here in Wisconsin, we have made a strong commitment to affordability, especially for in-state tuition,” said Regent Vice-President Regina Millner. “… The gap between our out-of-state tuition and that of other states is growing, and that puts a burden on our state resources.”

UW System President Ray Cross noted that a rational tuition setting process must include four principle components: what are the costs of offering a program; what are the market rates; what are the needs of the state; and affordability. 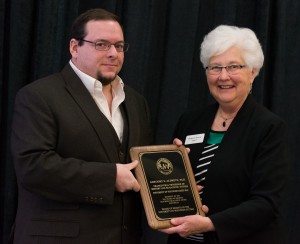 The Board presented two professors and one program with its Regents’ Teaching Excellence Awards, the UW System’s highest recognition of its faculty and academic staff.

The 2015 recipients of the 23rd annual Regents Teaching Excellence Awards are:

Regent Charles Pruitt, who chaired the selection committee, said the awards are “a welcome reminder of what a treasure we have in our faculty and academic staff, those who bring that special dedication, creativity, and passion to their craft, and to whom we entrust the education and enlightenment of our citizens.” 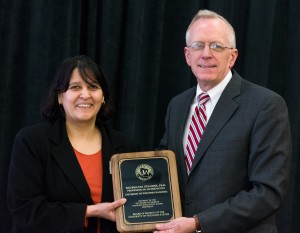 UW-Green Bay history professor Gregory Aldrete told Regents that more important than the content of what students learn in the classroom are the skills they acquire in the process: the ability to collect, organize and assess information; the ability to communicate clearly both in speech and writing; and critical thinking skills. “These are skills that are useful in any career, not just ones directly related to history,” he said.

At a time when the value of a university education, particularly in the humanities, is sometimes questioned, Aldrete urged Regents to “never lose sight of the original core function of a university, to be a place where informed, thoughtful citizens are formed and a place where questions are asked.”

UW-Waukesha math professor Shubhangi Stalder said her award belongs not just to her, but “to all who have ever struggled as students, who have been called stupid, or told they wouldn’t amount to anything.” 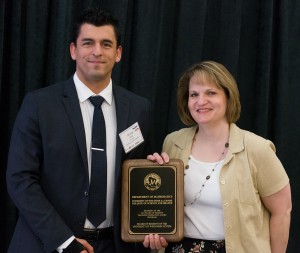 “There is no secret to succeeding in mathematics,” she said. “Sometimes we need to get out of the brain’s way to let it do what it’s able to do.” Stalder added that it is a teacher’s job “to open the storm doors that others may have shut, so that students can see their true potential.”

Rebecca LeDocq, chair of the UW-La Cross Department of Mathematics, said the hallmark of the UWL teachers is

their passion for teaching and the desire for students to learn. “We love those ‘aha’ moments when the light bulb goes on,” she said.

“Our faculty is more than a group of people teaching math,” LeDocq said. “They are colleagues and friends working together to achieve common goals.”

Others on the selection committee were Regent José Delgado, Regent Margaret Farrow, and Regent Nicolas Harsy.

As part of his report on news from around the UW System, President Cross told Regents that it was reported last month that UW-Madison Professor Yoshihiro Kawaoka and his team have developed an effective vaccine to stop Ebola, which has claimed over 10,000 lives worldwide in its most recent outbreak. Cross also noted that UW-Milwaukee engineering Professor Junhong Chen is teaming up with the Georgia Institute of Technology to develop a nanotech sensor to detect Ebola proteins with a simple spit test.

Matthew Schneider, a UW-Waukesha student who was just accepted as a transfer student at UW-Madison, was featured in the Student Spotlight. “I’ll enter Madison an entirely different person than who I was when first started college two years ago,” Schneider told the Regents. “And that’s largely thanks to my experiences at UW-Waukesha.”

“The federal government remains an important source of support for UW System students, and it’s an engine that drives innovation on all our campuses,” Andrews said.

She reported that more than 124,000 – or 69% — of all students enrolled in the UW System in 2013-14 received some form of financial aid, with federal sources providing about three-quarters of that. The federal Perkins Loan program, which disbursed almost $29 million to more than 15,800 UW students in 2013-14, is a top UW System priority, Andrews said. If Congress does not take action, the program is scheduled to end after September of this year.

David J. Ward, Senior Vice President for Student and Academic Affairs, led the presentation, “One System – One Library: Changes and Transitions in 2015 and Beyond.”

Librarians, a provost, and select faculty and students discussed the changing roles of librarians and library spaces, and addressed how the changing role of libraries impacts both faculty work in instruction and research as well as student learning.

Ward pointed out that libraries benefit all students and faculty across the entire System, and continued investment is needed for access to scholarly content and shared infrastructure. He added that maintaining state-of-the-art access for students, faculty, and the public, to the shared resources in the system is necessary for the UW System to remain competitive with peer universities.

Immediately following the Board meeting, Cathy Sandeen – a first-generation college graduate – was inaugurated as the third chancellor of UW Colleges and UW-Extension.

“At the end of the day I can say without a doubt that my life would be completely different—my choices would have been severely limited—had I not pursued postsecondary education. I have dedicated my career going forward to ensuring that others have the opportunities that I had,” Sandeen said.

In other action, the Board:

The next meeting of the University of Wisconsin System Board of Regents will be June 4-5, 2015,
hosted by UW-Milwaukee.