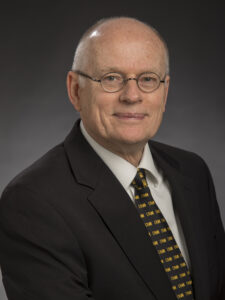 Britz is currently Provost and Senior Vice Chancellor for Academic Affairs at UW–Milwaukee, where he is also a professor in the School of Information Studies. Prior to becoming UW-Milwaukee’s interim Provost (2010) and permanent Provost (2012), he served as Dean of the School of Information Studies from 2005 to 2010. He held a concurrent appointment as interim Dean of the College of Health Sciences from 2008 to 2009.

“Johannes brings a deep commitment to serving the academic needs of our students and a thorough knowledge of the UW System,” Falbo said. “I value his experience and expertise as a long-time provost and dean, researcher, and professor. I am grateful for his willingness to step in and serve in this systemwide role.”

Britz holds two doctoral degrees from the University of Pretoria in South Africa. His research focuses on social justice and information poverty. He is the author and co-author of more than 100 scholarly publications. In recognition of his work developing information ethics in Africa, the World Technology Forum named him one of five finalists for its Ethics Award in 2009.

Britz starts in his new position on June 1.