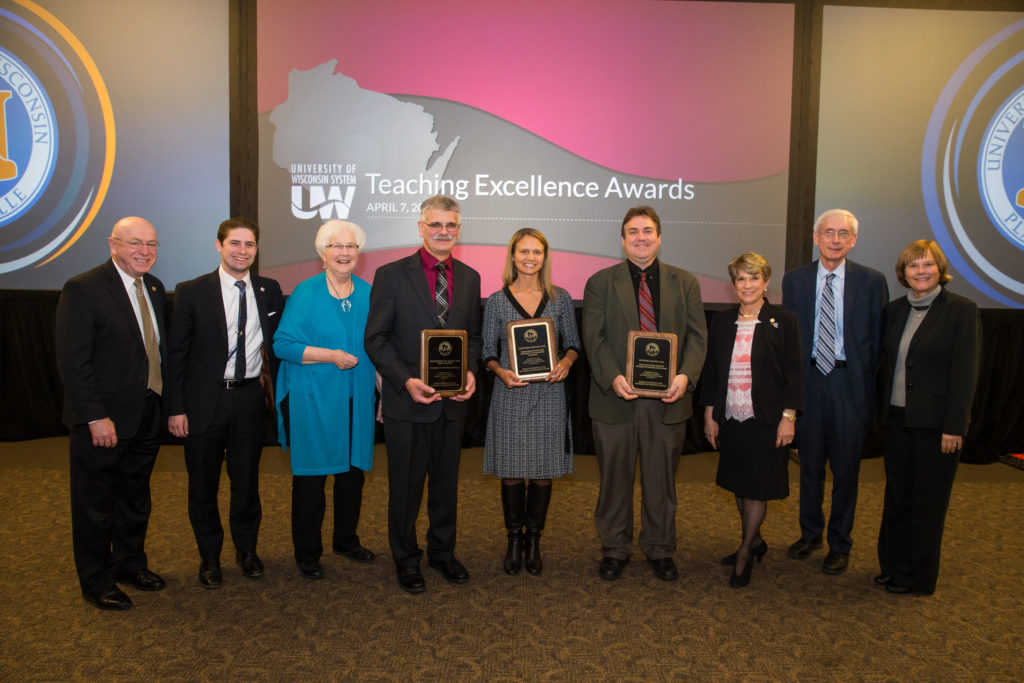 PLATTEVILLE – The University of Wisconsin System Board of Regents honored the 25th annual winners of its Teaching Excellence Awards Friday. The awards, which celebrate outstanding achievements in teaching, are the UW System’s highest recognition for members of its faculty and academic staff.

The awards are “a welcome reminder of what a treasure we have in our faculty and academic staff – those who bring that special dedication, creativity, and passion to their craft, and to whom we entrust the education and enlightenment of our citizens, helping students to achieve their fullest potential,” said Regent Margaret Farrow, who chaired the awards’ selection committee.

The 2017 recipients of the 25th annual Regents Teaching Excellence Awards are: 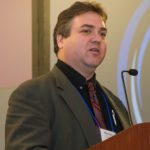 Award recipients were selected for their strong commitment to teaching and learning; use of effective teaching strategies to enhance student learning; and significant impact on students’ intellectual development.

Hauer, who was an award-winning student at UW-Stevens Point in the 1990s and returned to his alma mater to teach urban forestry in 2003, told Regents he was both honored and humbled to receive the reward.

“What’s really neat is when you get birth announcements or wedding invitations from students, or they become educators themselves. It’s such an honor when they invite you to be part of their life,” Hauer said. 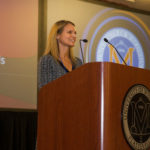 Phillips, who has been a faculty member at UW-Waukesha since 2000, has played a crucial role in creating a cohesive two-year writing program designed around strategies to support underprepared students who are transitioning to college-level reading, writing, and research.

Phillips told Regents that her favorite part of teaching is when a student realizes that literacy is empowering. “For students who have insecurities and anxieties about their writing, if I can show them not what’s wrong but help them self-assess and develop their writing for a particular audience, those are transferable skills,” she said. “That can empower them in life outside college as well.”

Dr. Gary Onan, chair of the UW-River Falls Department of Animal and Food Science, said the faculty and staff in the program try to “strike a balance between offering students hands-on, skill-based learning and management-practice learning with the basic and applied sciences that underpin those skills. I think that serves them well in the industries they will go into.” 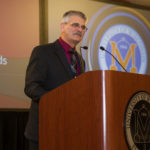 Onan also noted the challenges presented by changing demographics, in particular the increasing percentage of students coming from non-farm backgrounds.

In briefing the Regents on the ongoing biennial budget process, UW System President Ray Cross reiterated that the Governor’s proposed budget largely reflects the priorities and direction expressed in the UW System’s 2020FWD strategic framework. “Clearly, there are many parallel themes between his budget and our request,” Cross said.

Reporting on his recent testimony before the Joint Finance Committee as part of agency briefings on the Governor’s budget proposal, Cross told the Board that legislators on both sides of the aisle seem “eager to work with us moving forward in the budget process.”

“One of the ways I have suggested legislators may help is to let the Board of Regents govern as they are empowered to do in other states,” Cross said. “In my experience, Boards are in the best position to oversee and help the UW System manage curricula, our processes, and our operations.”

“This is the best budget the UW System has seen in a decade,” Cross said. “We will continue to work with the Governor and legislators to ensure this budget reflects our shared goals and delivers the best possible return on the state’s investment.”

Regent Jan Mueller noted that she’s often asked about whether Board members should be cheerleaders or advocates. “The answer is easy. We have to do both,” Mueller said. “I’m really proud of the work we do in financial oversight. I think we’re proactive, not reactive, in looking at the financial issues we face. And as we turn to advocating, I’m pleased with the overall efforts we’ve made and the commitment I’m hoping we’ll receive.”

Mueller also expressed concern over two areas in the proposed budget: the delay in delivering any possible compensation increases to UW employees, and the lack of designated funding to support veterans’ tuition benefits.

Chancellors shared some of the advocacy work their campuses have engaged in. UW-Madison Chancellor Rebecca Blank highlighted in particular the campuses’ collaborative outreach efforts. “It’s important to note we’re all in this together,” Blank said.

UW-Eau Claire Chancellor Jim Schmidt reported strong feedback with asking community and business leaders and other stakeholders to consider how UW institutions impact them personally. UW-River Falls Chancellor Dean Van Galen noted that relationship-building remains critically important. “All of us understand that and are committed to it,” Van Galen said.

Reflecting on the ongoing efforts made by UW System to improve outcomes, Regent Mark Tyler noted that he’d like to see “a continued effort to gain the freedoms that this System could really leverage, and release the energy and capability of the System and its faculty and staff.”

As part of her regular report, Regent President Regina Millner provided an update on federal priorities, noting that President Cross and all the Chancellors had recently co-signed a letter to members of Wisconsin’s delegation regarding the 2018 federal budget proposal. She also noted that three Board members – Regents Mark Bradley, Ed Manydeeds, and James Langnes – are approaching the end of their respective terms.

President Cross offered a summary of his recent testimony before the Joint Legislative Audit Committee regarding the UW-Oshkosh Foundation and the comprehensive review being conducted by the UW System related to the relationships between institutions and their affiliated foundations. He also appeared before the Joint Finance Committee as part of agency briefings on the Governor’s budget proposal, and spoke to the Assembly Committee on Education in support of a bill to give the UW System’s Office of Educational Opportunity the ability to create a substance abuse recovery high school.

Cross also noted that response by members to the recent first meeting of the UW System’s new Business Council was “overwhelmingly positive.” More than two dozen business leaders from across Wisconsin took part in the discussion about how UW System institutions can play a better role in meeting the long-term, future needs of the state.

As part of his report on news from around the UW System, Cross told Regents that Christine Thomas of UW-Stevens Point will be inducted into the Wisconsin Conservation Hall of Fame this spring. Thomas is the College of Natural Resources Dean, and one of only three conservation leaders selected for induction in 2017. 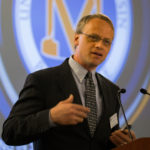 Students involved in the university’s mechanical engineering program engage in diverse multidisciplinary endeavors, said Zolper, who has been a member of the UW-Platteville faculty since 2014. His senior design students are participating in hands-on research that ranges from deterring the spread of invasive species into the Great Lakes to muscle atrophy in astronauts to creating prosthetic limbs for domestic animals.

“It gives the students great exposure to the types of colleagues they are likely to have beyond their mechanical engineering peers,” Zolper said. “They work with teams with entirely different backgrounds.”

Board hears report on campus climate

Regents Eve Hall and Ed Manydeeds, co-chairs of the UW System Task Force on Campus Climate, briefed Board members on the group’s progress.

Manydeeds noted that the presence and engaged participation of students in their work have provided “constant reminders of why we have to continue to work to improve the climate at our UW System institutions,”

“We’ve come to understand that there need to be more intentional efforts to help our students engage one another across their differences in identity,” Hall said.

Hall emphasized that leadership – in the classroom, in schools and colleges, in administrative operations and at every level of UW institutions and the System – are essential to the success of group’s recommendations. “Addressing and resolving our climate issues will require that all of us make it our priority to educate and help all of our students to succeed,” she said.

The Task Force anticipates its report will be completed by June.

The University of Wisconsin System Board of Regents will next meet on June 8-9, 2017 at UW-Milwaukee.