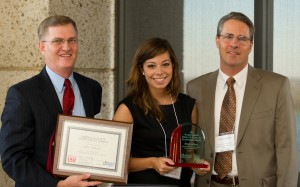 MADISON – The Alliant Energy Foundation and the University of Wisconsin System recognized the outstanding achievements of two UW System students and four UW System teachers in an Oct. 21 awards presentation in Madison. 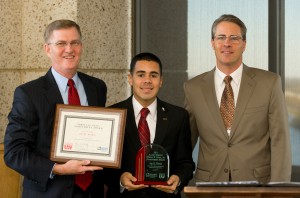 This 5th annual award recognizes the outstanding scholarship and community-service efforts of students from traditionally underrepresented minority groups who are pursuing a degree in business or engineering at UW-Madison and UW-Platteville, institutions within Alliant Energy’s service area.

The 2011 recipients of Alliant Energy/Erroll B. Davis, Jr. Academic Achievement Awards are: 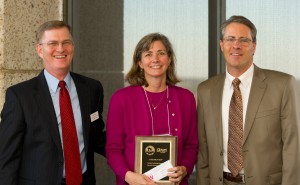 “These students are not only outstanding students, but they have also made their campuses better places to live and learn,” UW System President Kevin P. Reilly said. “By contributing their time and energy to helping others, they have helped to shape a learning environment where students from all backgrounds can succeed and thrive.”

Erroll B. Davis, Jr., the first Black leader of a “Business Week 1000” company, is a former chief executive of Alliant Energy and a former member of UW System’s Board of Regents. He is currently Superintendent of Atlanta Public Schools. The Alliant Energy Foundation established an endowment in 2006 to honor Davis’s distinguished record of public service. 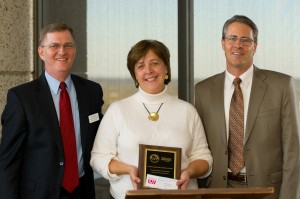 Four members of the UW System’s teaching faculty earned the 2011 Alliant Energy Underkofler Excellence in Teaching Awards, in recognition of their outstanding commitment to student success.

The awards are presented annually to teachers from UW System campuses located within the Alliant Energy service area.

This year’s recipients of the Alliant Energy Underkofler Excellence in Teaching Awards are: 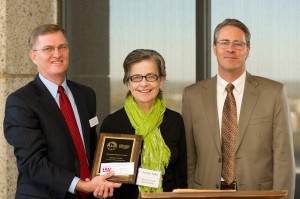 “Preparing students to succeed in the knowledge economy is a big job,” Reilly said. “These exceptionally talented professors and instructors are not only experts in their respective fields, but also gifted teachers who make a positive impact on the lives of everyone they touch. It’s a privilege to honor them.”

This year marks the 19th anniversary of the partnership between the UW System and the Alliant Energy Foundation. The awards are given as a tribute to the energy company’s long-time senior executive, James R. Underkofler, a staunch proponent of excellence in undergraduate teaching.

The award program is administered by the UW System Office of Academic, Faculty, and Global Programs. A committee of faculty and staff members selects the finalists from candidates who are nominated by eligible institutions.