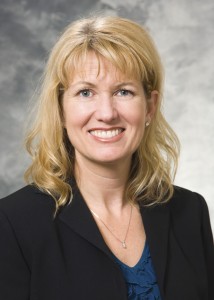 MADISON, Wis. – University of Wisconsin System President Ray Cross has named Jessica Tormey as senior special assistant/chief of staff effective March 3, 2014. Tormey will serve as a liaison between the president’s office and the Board of Regents, chancellors, legislators, business leaders and donors. In addition, she will oversee the coordination of UW System strategic and operational plans and the facilitation of initiatives, obligations and projects of the president’s executive office.

“Her ability to broker strategic partnerships and build critical relationships will serve this office well,” Cross said. “I will count on her counsel, diplomacy and leadership to ensure that our initiatives move forward.”

Cross and Tormey worked together at UW Colleges and UW-Extension, where he was chancellor, from May 2013 until mid-February 2014, when he took office as UW System president. In her role as UW Colleges and UW-Extension assistant vice chancellor for communications and external relations, Tormey has been responsible for legislative relations, advancement, and communications from the chancellor’s office. She previously worked in government relations for UW System, serving as a liaison with the state legislature and state agencies. Earlier, she had served as chief of staff for 10 years for Wisconsin State Sen. Alberta Darling.

“I’m honored to be chosen for this leadership role,” Tormey said. “I welcome this opportunity to collaborate with President Cross and my UW System colleagues as we explore new ways to connect the people of Wisconsin and the resources of this great University of Wisconsin System.”