UW System Board of Regents selects Jay O. Rothman as next System President 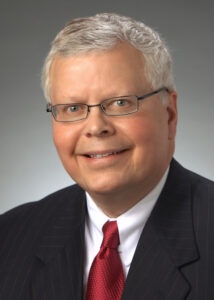 MADISON, Wis.—Jay O. Rothman will take office as the next University of Wisconsin System President after a unanimous Board of Regents vote today to offer him the position.

Rothman, 62, is chairman and CEO of the law firm Foley & Lardner LLP in Milwaukee. His appointment begins June 1 and he will earn $550,000 annually. He was recommended to the full Board of Regents by a Special Regent Committee following interviews this week with the committee, chancellors, shared governance representatives, and UW System executive leadership.

“I am humbled by the opportunity to lead the UW System and approach this role with profound respect for the unparalleled role public higher education plays in the lives of our students, alumni, and communities,” Rothman said. “I intend to lead by listening first, so that the experience I have gained over my lifetime in Wisconsin can help us build a great UW System together. This is not an original sentiment, but I want to say it because I believe it: the UW System is our state’s crown jewel, and a vibrant UW System builds a strong Wisconsin.”

“Jay is a servant leader who has chosen to dedicate the remainder of his outstanding career to our students, our faculty and staff, and our taxpayers,” said Karen Walsh, regent vice president and chair of the Search and Screen Committee. “He has the leadership and executive management skills our university system needs. He understands organizations. He builds consensus. He believes in the profound value of higher education.”

Rothman will be UW System’s eighth* president, succeeding current interim President Tommy Thompson, who has been in that role since July 1, 2020. Thompson has announced that he will step down on March 18.

Rothman has been chairman and CEO of Foley & Lardner since 2011 and has been a member of the firm’s Management Committee since February 2002. He joined Foley in 1986 and has been a partner since 1994. He earned a bachelor’s degree from Marquette University and a law degree from Harvard Law School.

Rothman was raised on a small operating farm outside of Wausau where his family raised beef cattle and horses. His parents attended UW-Stevens Point, with his mother receiving her bachelor’s and master’s degrees there. His mother is a retired schoolteacher, and his father was a dentist. He has two adult children. His daughter is a graduate of UW-Madison.

For additional biographical information on Rothman and statements from those who know him, go to: wisconsin.edu/presidential-search-2021/

Manydeeds has asked Mike Falbo, a former regent president, to serve as interim president from March 18 until Rothman takes office June 1. Falbo is a UW-Parkside graduate who served 11 years on the Board of Regents, including two terms as president. He also attended UW-Whitewater before being drafted to serve during the Vietnam War as a combat medic.

A 1971 state law unified two public university systems under a single Board of Regents. The UW System educates approximately 165,000 students at 13 universities across 26 campuses, serves more than 1 million Wisconsin residents through statewide outreach programs, and employs about 39,000 faculty and staff statewide. The total estimated annual economic impact of the UW System exceeds $24 billion.