UW System Board of Regents elects new board leadership

Drew Petersen to serve as next Regents’ president

MILWAUKEE, Wis.—The University of Wisconsin System Board of Regents on Friday elected Drew Petersen to a one-year term as president. The vote was unanimous. Petersen, who earned an MBA from UW-Madison, succeeds John Robert Behling, whose term on the Board ended in May. The Regents also elected Michael M. Grebe as vice president.

“Regent Petersen’s experience, coupled with his commitment to the UW System, makes him an excellent choice for President of the Board of Regents and will provide great opportunities for the System to improve and grow stronger under his leadership,” said UW System President Ray Cross.

“As the newly elected President of the Board of Regents, I will work to keep the UW’s momentum as it strives to meet the needs of Wisconsin,” Petersen said. “We know an investment in the UW System pays great returns to taxpayers, and I will lead in being a tenacious advocate for the talent, research, and innovation the UW System provides all Wisconsinites.”

Petersen is active in the civic community of Madison and the state of Wisconsin. He is past president of the Wisconsin Technical College System Board of Directors, the Madison Club, and the Wisconsin State Telecommunications Association Board of Directors. Petersen earned his Master of Business Administration from the UW–Madison and Bachelor of Arts in History and Leadership Studies from Ripon College in Ripon.

Regent Grebe has served on the Board since 2015 and is the Chief Legal Officer for Aurora Health Care, the largest integrated health care system in Wisconsin. He has also served on the boards of various organizations, including the University School of Milwaukee and the Zoological Society of Milwaukee. Grebe graduated from Dartmouth College and earned his law degree from the UW-Madison Law School.

“I am honored to have been selected to take on this role by my fellow Regents, and look forward to continuing to work with Drew, the rest of the Regents, President Cross, and our Chancellors to advance the interests of our institutions, taking action to make a great system even better,” said Grebe. 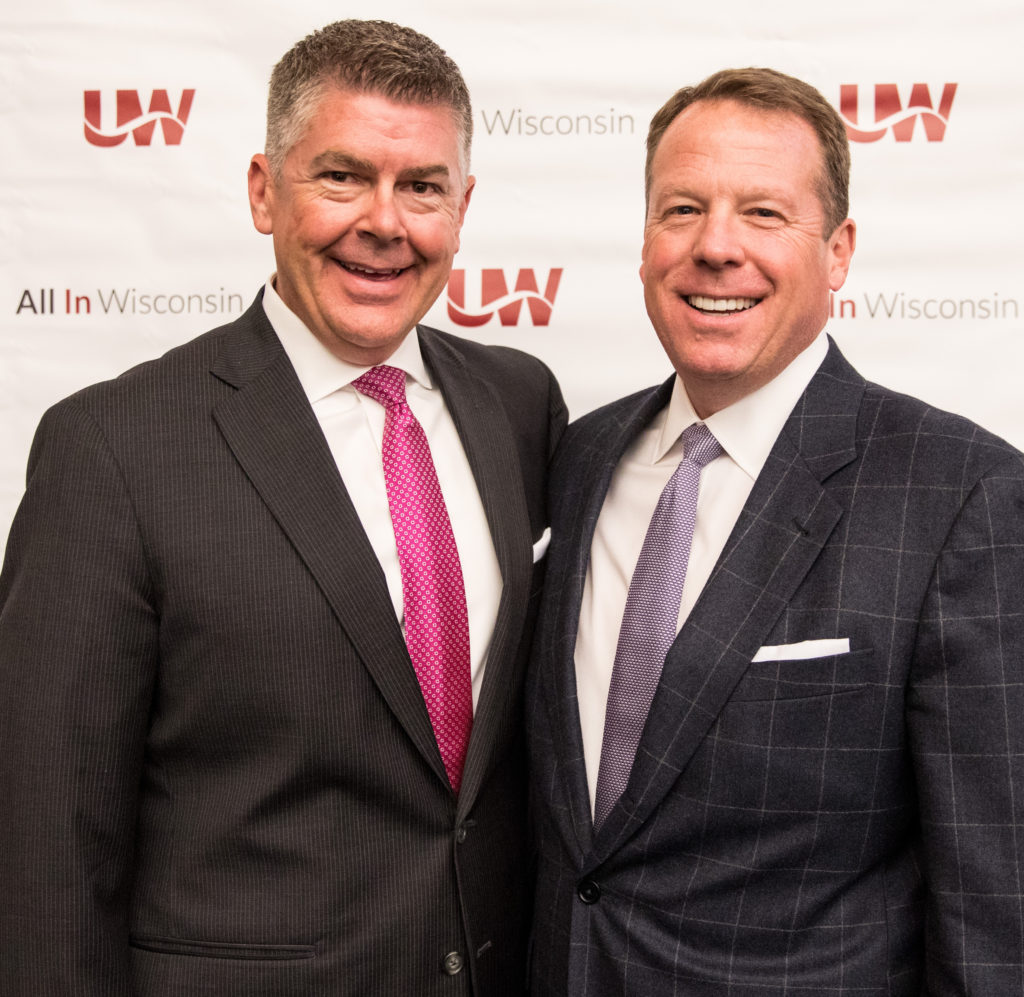 The University of Wisconsin System serves more than 170,000 students. Awarding nearly 37,000 degrees annually, the UW System is Wisconsin’s talent pipeline, putting graduates in position to increase their earning power, contribute to their communities, and make Wisconsin a better place to live. More than 80 percent of in-state UW System graduates stay in Wisconsin five years after earning a degree. The UW System provides a 23:1 return on state investment. UW System institutions also contribute to the richness of Wisconsin’s culture and economy with groundbreaking research, new companies and patents, and boundless creative intellectual energy.