MADISON – Getting through college more quickly is a potential route to significant cost-savings for students, University of Wisconsin System President Kevin P. Reilly told the Board of Regents Friday, in a wide-ranging discussion of quality, affordability, and differential tuition issues.

A major factor in the cost-to-degree is the amount of time spent acquiring that degree. Most UW students currently take about five years to earn their degree.  If students were to graduate in four years instead of five, Reilly pointed out, they could save upwards of $15,000 in tuition and other expenses.

By taking advantage of UW System’s tuition plateau policy – which charges most students taking 12 to 18 credits the same tuition rate – a student could substantially decrease the cost of a degree, Reilly said.

Such cost-saving opportunities already exist, Reilly said, and UW System must focus on communicating those options to students and parents more strategically.

Other potential cost-savings options include completing a degree in three years. UW-Stout recently announced that starting in fall 2010 it would offer three-year degree programs in three areas: business administration; psychology; and hotel, restaurant, and tourism management.

Students also can take advantage of lower tuition rates at the UW Colleges for the first two years, before transferring to a four-year institution.  Reilly said more students should be encouraged to fill out the FAFSA (or financial aid application forms); it’s estimated that 40 percent of those who do not fill out forms would probably qualify for Pell grant funding. Students should be more aware of the opportunity to earn college credit or Advanced Placement while in high school. 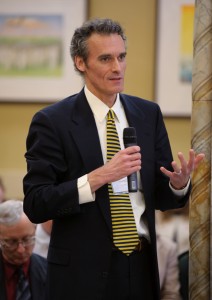 Student Regent Kevin Opgenorth pointed out that students often get a mixed message on getting through college quickly, noting he has often heard people say, “You’ve got all your life to work, don’t rush through school.”

Regents also had an in-depth discussion of differential tuition policy, which will be up for review at the Board’s February meeting.

Differential tuition – an additional amount added to the base tuition level to supplement specific services and programming – has been considered an avenue to generate necessary revenues in a time of declining state resources.

UW-La Crosse implemented a differential tuition in 2007, using a $1,000 increase over two years to support additional faculty hires.  UW-Madison’s Madison Initiative for Undergraduates was approved earlier this year; the $1,000 increase in tuition over four years will address academic quality and includes financial aid provisions. UW-Eau Claire is currently putting together its own proposal, the BluGold Commitment, which is up for Board consideration in early 2010.

Most UW four-year institutions have smaller institutional differentials at this point. Only UW-Milwaukee, UW-Green Bay, UW-Parkside and UW-Stevens Point do not.

Senior Vice President Tom Anderes said the Regents should consider several important issues when discussing differentials. Issues include whether the number of proposals should be limited; whether current guidelines for student involvement in setting differential tuitions are adequate to ensure debate and input; whether there should be a mandate to include a financial aid component on all new proposals or should campuses make those decisions; and whether the Board should be concerned with the variance in the size of differentials by campus. 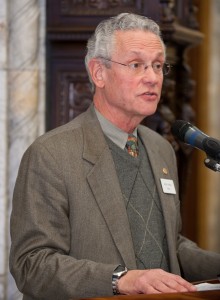 UW-La Crosse Chancellor Joe Gow stressed that it must be made very clear what differential funds will be used for.  At UW-La Crosse, he said, once students and parents recognized the priority – more tuition for more teachers – there was significant support for the idea. “It’s been a very good thing for our campus,” he said.

Regent Judy Crain expressed concern that some campuses might have a greater ability to make an option like differential tuition work, which could potentially lead to inequities in quality.

Regent Jeff Bartell was among several Board members who came out strongly in support of including financial aid provisions as part of a differential tuition package. “It’s very easy for students to say ‘Why should I pay tuition for someone next door,’ but it’s necessary,” he said. “In order to increase graduation rates, to provide access to higher education in Wisconsin, we need to do this. We can’t just rely, much as we’d like to, on private fundraising and state increases in need-based financial aid.”

As part of his report, Regent President Chuck Pruitt informed the Board that Student Regent Kevin Opgenorth, a senior at UW-Platteville, recently led a team of four business and accounting students to victory in the recent Government Finance Case Challenge, sponsored by the Association of Government Accountants. The UW-Platteville team receives a prestigious scholarship from the AGA to present their winning report at the National Leadership Conference on Feb. 18-19 in Washington, D.C. 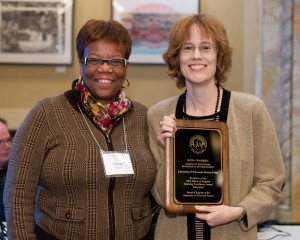 The Regents recognized two professors and one academic department as winners of the Regents’ 17th annual Teaching Excellence Awards.  This award is the highest recognition bestowed on members of UW System’s faculty and academic staff for outstanding career achievements in teaching.

The 2009 recipients are Dôna Warren, Associate Professor of Philosophy at UW-Stevens Point; Michael Cox, Professor of Biochemistry at UW-Madison; and the Theatre Arts Department at UW-Parkside.

“The members of the UW community we honor today are shining examples of the ability that excellent teachers have to impact students’ lives,” said Regent Danae Davis of Milwaukee, who chaired the selection committee.  Other Regents on the selection committee were Jeffrey Bartell, John Drew, José Vásquez, and Betty Womack.

Award recipients were singled out for their strong commitment to teaching and learning; use of effective teaching strategies to enhance student learning; and for having significant impact on students’ intellectual development. 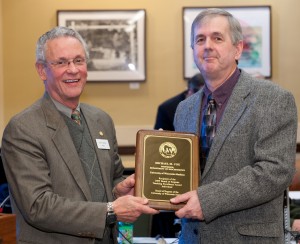 In presenting Dôna Warren with her award, Davis noted that the UW-Stevens Point professor combined a nurturing educational environment with a longer-term view to preparing her students for the future.  “More than simply grappling with classic questions like ‘What does it mean to be a good person’ or ‘Does God exist,’ what Professor Warren really wants her students to take out of the classroom is the art of critical thinking,” Davis said.

“I try to treat students the way I would want to be treated. That’s about all I do,” Warren said. “It’s about an encounter with individual people, not thinking about them as homogenous 18- to 20-year-olds, getting to know them, and being myself.”

Michael Cox lives up to the high praise of students and colleagues, said Regent Jeffrey Bartell, in introducing the UW-Madison biochemistry professor. “Outstanding teachers seem to be able to kindle their students’ curiosity and their desire to do more.  That certainly describes Dr. Cox, according to his students,” Bartell said.

Cox credited his success in teaching to fine mentors, the support of his family, and the “fabulous students” in Wisconsin. “They deserve our very best efforts every day,” he said.

Regent John Drew presented the UW-Parkside Theatre Arts Department with its award, noting that “the program ultimately is about much more than just teaching students to be actors.” 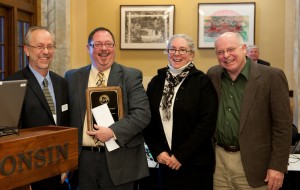 “The fact that we have thriving theater programs and dance programs and music programs and  art programs is critical, we believe, to making a well-rounded America,” Yohnk said. 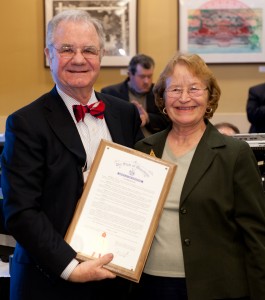 The Board formally recognized the dedicated service of Jude Temby, who is retiring after serving as Board Secretary for 29 years.  As Regent David Walsh noted, in reading a resolution of appreciation from Gov. Jim Doyle, Temby has worked with 105 regents, 17 presidents, and five of the six System presidents in her tenure. “You are the oil and the institutional memory of this large enterprise,” Walsh said.

Reflecting on her years of service, Temby noted, “I have been greatly impressed by the extent to which Board members demonstrated their dedication to higher education and their willingness to unselfishly devote their talent and time to serving the System. Mostly importantly, I thank you for everything you’ve done to make Wisconsin a better place by providing students with the excellent education that they need to make this a better place for all of us.”