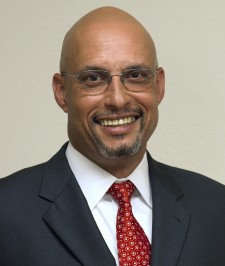 MADISON, Wis. —.Dennis Shields, Acting Vice President for Student Affairs at the City College of New York – City University of New York, has been recommended as the next Chancellor of the University of Wisconsin-Platteville.

UW System President Kevin P. Reilly and a special committee of the UW System Board of Regents announced their recommendation today.  Following action by the full board on April 9, Shields will step into his new leadership role on July 1.

Prior to joining the City College of New York in 2009, Shields served as Dean and Professor of Law at the Phoenix School of Law, which was established in 2005. He led that school to provisional approval by the American Bar Association. He previously directed admissions and financial aid at the Duke University School of Law for seven years, and has served in leadership roles with several national organizations affiliated with legal education.

“The Regents and I were very impressed with Mr. Shields as an experienced educational leader who understands what it takes to help students succeed in college,” said Reilly. “With extensive experience in student affairs, admissions, and financial aid, he comes to Wisconsin with the right tools to help us boost college access. He has proven himself as a chief executive, and he has an impressive record of success at two of the nation’s most prestigious law schools. I am confident that he will be a great addition to our cadre of UW System campus leaders and, as a Midwesterner, a great fit for UW-Platteville.”

“When I visited UW-Platteville, I was struck by the great sense of collaboration among the faculty, staff, and students, and how they engaged one another,” Shields said. “I was at once impressed by the pride people have in their institution and the humility with which they approach their work. They are comfortable with who they are, but they still aspire to be the best.”

“My new faculty and staff colleagues at UW-Platteville demonstrate a strong commitment to teaching, and it’s clear to me that students are the focal point for their work,” Shields added. “Building upon the campus’ strong reputation in agriculture, engineering, liberal arts, and other high-quality academic programs, UW-Platteville can appeal to prospective students from all over the world. I will work very hard to carry that message, extend that reach, and leverage the school’s great reputation.”

Shields is a native of Johnston, Iowa. He is married to Aundra N. Shields, and they have three sons.

“Through this process, we were fortunate to meet such an excellent group of talented leaders,” said Professor D. Joanne Wilson of UW-Platteville’s General Engineering department, chair of the campus search and screen committee. “As we met with Mr. Shields, he made a very strong, very favorable impression on everyone. We were expecting a New York lawyer, and we discovered a very sincere, straightforward person. Immediately, we felt like he and Aundra were part of the family.”

“At UW-Platteville, we have a large population of first-generation students,” added Wilson. “Dennis is someone who can connect with those students. He’s been where they are and he hasn’t forgotten his roots. He has a distinguished legal and academic career, yet he was genuinely excited about visiting the Pioneer Farm.”

Shields was one of four finalists identified by Wilson’s committee following a national search.  Other finalists included Michael Harris from Kettering University,Susan Koch from Northern Michigan University, and Geri Hockfield Malandra, an independent consultant who formerly worked with the American Council on Education.

“Mr. Shields has a unique background that will serve him well in this new role. He grew up in the region, so he understands the culture, the history, and the important role that universities must play in creating a better future for our citizens,” said Regent Tom Loftus, chair of the Board of Regents special committee that interviewed all of the finalists. “Based on the feedback we received, he made a very favorable impression during his visit to the campus, so I know that he’ll be welcomed with open arms.”

If confirmed by the full board, Shields will succeed former UW-Platteville Provost Carol Sue Butts, who is now serving as Interim Chancellor. Chancellor Emeritus David Markee, a UW-Platteville alumnus, retired in August 2009 after leading the campus for 13 years.

As one of 11 comprehensive universities within the UW System, UW-Platteville enrolls more than 7,500 students.  Leading about 700 faculty, academic staff, and classified staff members, the UW-Platteville chancellor is responsible for an annual budget exceeding $100 million.