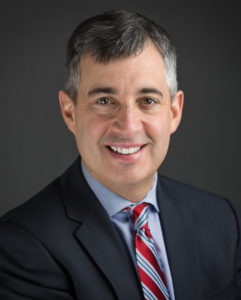 University of Wisconsin System President Ray Cross announces that Sean P. Nelson has been named UW System’s next Vice President for Finance.  Nelson will begin in his new post on April 17.

“At a time when higher education in this country is changing rapidly, Sean brings a unique combination of leadership skills and expertise to this key position.  He has a keen understanding of the role our UW institutions play in developing the talent necessary to move Wisconsin forward.  I am confident Sean has the vision, talent, and experience to help guide the UW System to a strong and bright future,” says President Cross.

Since 2013, Nelson has served as Deputy Commissioner for Administration and Finance at Massachusetts Department of Higher Education.  He oversees the administrative, financial, and operational components of the commonwealth’s nine state universities and 15 community colleges.  He has also been closely involved in the development and assessment of metrics to ensure performance-based funding models reflect statewide goals for student success, access and affordability, and workforce alignment.

“I’m proud to be joining a world-renowned organization, and will build upon the remarkable strengths of the UW System,” says Nelson.  “I look forward to advancing learning for all and assisting in the transformation of thousands of students every year.  I understand the importance of cultivating relationships, and valuing transparency and trust are hallmarks of my work.”

Nelson has more than 16 years of experience in administration and finance.  He served as a Chief Financial Officer (CFO) for the Boston Public Library – the nation’s first and largest public library – from 2009-2013.  Nelson was also CFO for the Massachusetts Department of Public Safety from 2004-2009.  He was a Fiscal Policy Analyst at the Executive Office of Administration and Finance in Massachusetts from 2001-2004.

Nelson earned his undergraduate degree from University of Massachusetts at Amherst, and a master’s degree in Urban and Environmental Policy and Planning from Tufts University.

Julie Gordon has been serving as the UW System’s Interim Vice President for Finance since September 2015.