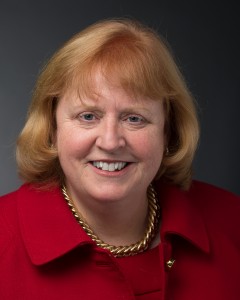 “Dr. Roter has not only provided visionary leadership on her campus, but she also is a committed collaborator in the UW System,” Cross said. “At UW-Oshkosh, she has been part of a strong leadership team for nearly a decade. The campus community’s faculty, staff and many stakeholders can be confident that she will keep our third-largest institution focused on its mission and moving forward as the search for the 11th Chancellor continues this year.”

“I appreciate the confidence President Cross and colleagues at UW-Oshkosh have shown in me, and I look forward to working with our campus community to keep our institution strong and focused on its mission as we search for our next chancellor,” Roter said.

The Division of Student Affairs, which Roter leads, promotes excellence in student learning, academic success and personal growth and identifies and communicates the needs and concerns of students to the University community and beyond. Since 2005, Roter has been responsible for the administration and leadership of more than 230 Division of Student Affairs staff members at UW-Oshkosh. She currently oversees a division budget of $44 million. She also served as interim associate Vice President for Academic and Student Affairs with UW System Administration from July 2011 to May 2012.

Roter has a distinguished career in higher education, receiving a number of institutional and community awards and distinctions. She earned a Doctor of Philosophy, Counseling and Psychological Services from Indiana State University in 1998. She earned a Master of Science in Psychology-Community Mental Health from Western Illinois University in 1984, where she also earned a Bachelor of Science in Psychology in 1981. She previously served as dean of student development and academic services at UW-La Crosse from July 2000 to July 2005 and in multiple administrative and student-life roles at her alma maters.

“Dr. Roter’s leadership has been crucial to UW-Oshkosh’s growth and distinction as a campus that, through individual members and its collective community, cares for everyone’s wellbeing,” Wells said. “She has been instrumental in our efforts to better involve, listen to and respect our student body’s opinions and guidance. That has helped make UW-Oshkosh a more inclusive, efficient and sustainable institution.”

Wells officially retires on Aug. 31. Roter will assume the role of interim chancellor immediately thereafter and will serve in that role until the new UW-Oshkosh chancellor assumes office.

UW-Oshkosh Dean of Students Sharon Kipetz will assume the role as interim vice chancellor for student affairs while Roter serves as interim chancellor.