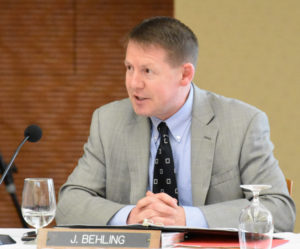 MADISON – The University of Wisconsin System Board of Regents on Friday unanimously approved a resolution reaffirming its commitment to honoring freedom of speech and expression on campus.

Regent President John Robert Behling, in his first report as the Board’s new leader, called for UW System President Ray Cross and his team to review current policies and develop potential changes that actively ensure all students have the freedom to express their views on campuses.

The resolution called for by Behling stated, “it is critical to the mission of the University of Wisconsin System and the Wisconsin Idea that different and varied viewpoints are shared and examined” and that the Board of Regents and the UW System are committed to freedom of expression and ensuring every voice on every campus is heard and respected.

In introducing the resolution, Regent Vice President Drew Petersen reminded Regents that the Board previously addressed campus freedom of speech with a 2015 resolution. 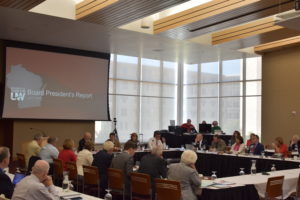 The Board of Regents July meeting in Madison

“Protecting and enhancing the discourse and civil dialogue on our campuses should be – and I believe is – of paramount importance to all of us as Regents, parents, citizens and taxpayers,” Petersen said.

“Whether it be provocative thought or provocative and potentially breakthrough research – the lecture halls and laboratories of our universities must remain open, inquisitive and unfettered. Back in 2015 – and I will reinforce today – that there is never a bad time to reaffirm our commitment to freedom of speech and expression.”

Petersen noted the current resolution is intended as “a guidepost for our campuses to be alert—to honor opposing views and to promote a civil discourse environment.”

“Without civility, it’s virtually impossible for the University to pursue its mission, the pursuit of truth,” said UW System President Ray Cross. 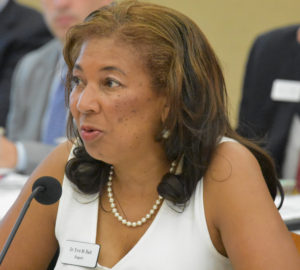 “Research has shown the important role that campus climate plays in students’ educational success, and how it can support or undermine achievement for certain student populations,” said Hall.

While the task force found many examples of existing and effective efforts within the UW System designed to address campus climate, it also agreed that “more work is needed to ensure that all of our students have opportunities to succeed in the UW System, and to learn to effectively communicate and work with people who are different from themselves,” Hall said.

The UW System plays an essential role in ensuring that Wisconsin’s workforce has the skills needed to adapt to changing demographics and a global economy, Manydeeds said. “While employers may see diverse and culturally competent employees for a variety of reasons, this ability is increasingly viewed as a significant factor for achieving business success,” he said.

Leadership is “absolutely essential to addressing the challenges we face,” Manydeeds said, and the required leadership must be demonstrated at all levels of the organization.

Among its recommendations, the task force suggested that the UW System adopt a systemwide approach to campus climate assessment.

President Cross noted that serving and educating all of the state’s citizens is a central premise of the UW System’s strategic framework, 2020FWD. He said the task force had given his administration “much to ponder and consider” and the report’s findings would be closely examined.

Capital Projects in the UW System

Vice President for Administration Robert Cramer and Associate Vice President for Capital Planning and Budget Alex Roe provided Regents with an overview of how the capital budget is developed each biennium and how specific projects come before the Board. It was noted that UW facilities comprise about 67% of all state-owned facilities.

They also addressed some of the strategic issues facing the UW System as the next capital budget biennial planning process begins in September 2017, including aging facilities, deferred maintenance and infrastructure failures, affordability, and 2020FWD priorities.

In his inaugural report, Regent President Behling also noted the compensation increase for UW employees included in the State’s biennial budget is the largest such increase in a decade. “I will continue to advocate for increased salaries in order to keep top-notch employees here in Wisconsin,” said Behling, adding it will be one of his priorities to empower UW institutions “to stay competitive, world class, and accessible to all.”

Behling told Regents he will also be naming a workgroup to be led by Regent Vice President Petersen to address new approaches to streamlining the recruitment of UW leadership, as well as broadening its pool of candidates to include leaders from outside academia. 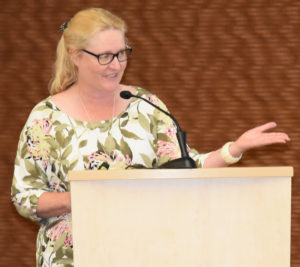 In providing an update on the UW System’s biennial budget, President Cross said he is pleased that the Joint Finance Committee adopted a compensation plan that provides a salary increase for all state employees, including those at the UW System. “While funding was not allocated to cover UW’s share of the increase – typically 30% — we are grateful for the legislature’s recognition of the need to invest in our talented workforce,” he said.

Meanwhile, the capital budget currently remains unresolved, Cross said, but UW is continuing to advocate for additional investments in infrastructure to renovate, remodel and maintain existing buildings on a number of UW campuses.

As part of his report on news from around the UW System, Cross told Regents that UW-Green Bay celebrated the first graduating class of the Engineering Technology program this year. The degree offers mechanical, electrical, and environmental tracks and has quickly become the fastest growing major on campus.

For his Faculty/Academic Staff spotlight feature, Cross introduced Tera Johnson, an entrepreneur and founder of the Food Finance Institute in the UW-Extension’s Division of Business and Entrepreneurship.

Johnson told Regents her mission is to provide farm and food entrepreneurs with sophisticated financial technical assistance through trainings, educational resources, tools and mentorship. “There are a lot of people around the state that could provide technical assistance with some training,” she said, citing the Small Business Development Centers and Cooperative Extension as examples. “”It is extraordinarily important.” 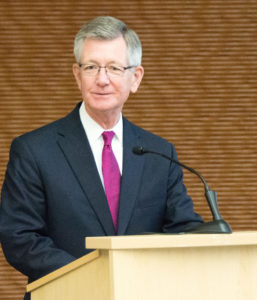 Regents recognized the service and accomplishments of two colleagues, whose terms on the Board have concluded: Regents Emeriti Mark Bradley and Edmund Manydeeds III. Regents presented each with Resolutions of Appreciation.

Bradley, who served 14 years on the Board, said the “guiding star” over his tenure was the call to “safeguard the legacy of public education.” Amidst the swirl of issues and competing interests that can make Regents’ work challenging, Bradley urged colleagues to remember the wisdom of a former Regent, the late Milton McPike, who said: “It’s all about the kids.”

“It’s our job statutorily and ethically to assure that all eligible students who seek the opportunity will get a quality education at an affordable cost,” Bradley said. 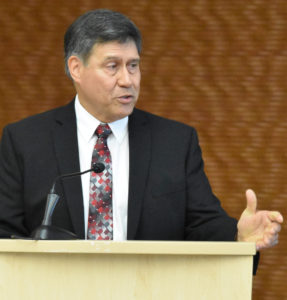 Manydeeds said his service on the Board provided an opportunity to give back for the gift of education that he’d received in the UW System. Noting his long and unpleasant time in boarding schools as a youngster, he called himself the poster child for remediation and retention. “That retention and remediation was because of teachers and instructors and professors who took the extra time because they saw something in me and did what they had to do – and I will never forget it,” he said.

Manydeeds, a member of the Standing Rock Sioux tribe and the first Native American to serve on the Board of Regents, urged Regents and System leadership to continue their work with the tribes. “The tribes are sovereign nations within our state and have a lot to give,” he said.

The Board also recognized the service and accomplishments of Jane Radue, Executive Director and Corporate Secretary of the Office of the Board of Regents. Radue is retiring later this month. Regent Jan Mueller said Radue leaves “an extraordinary legacy of skill, service and integrity.” 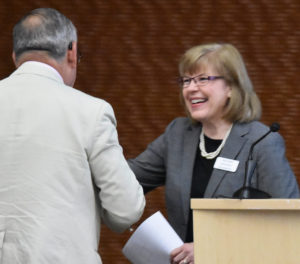 From the perspective of what she called “a committed observer,” Radue offered her hopes for the future of the Board. Those hopes included an aspirational, forward-looking approach; an eye to history; a continued inquisitiveness; a robust oversight role; and a university system that is strong and cohesive with respect for the missions of individual institutions.

The next meeting of the University of Wisconsin System Board of Regents will be October 5-6, 2017, at UW-Stout.