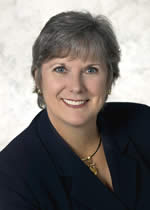 UW System President Kevin P. Reilly and the Board of Regents’ Special Committee for the UW-Whitewater Chancellor Search announced the recommendation of Saunders on Tuesday (May 24). The full board will act on the recommendation at its June meeting in Milwaukee.

“I am so pleased that Dr. Martha Saunders has accepted our invitation to join us in Wisconsin, where her expertise will advance UW-Whitewater’s capacity to provide today’s students the resources they need to succeed,” said UW System President Kevin P. Reilly.  “Dr. Saunders’ experience as a proven academic leader, an award-winning teacher, and a communications expert will strengthen and shape UW-Whitewater’s commitment to personalized learning, diverse ideas, and, importantly, student access and success.”

At Columbus State University, Saunders led an effort to create Centers of Excellence to further more than 30 private-public partnerships, supported construction of four major capital projects, and served on the leadership team for a capital campaign that exceeded its $80 million goal. She also led the campus strategic planning process, and developed several initiatives to increase student enrollment, recruit and retain faculty and staff, improve the first-year student experience, and prepare teachers in mathematics and science.

“If approved by the Regents, I would be honored to lead, support and further the mission of the University of Wisconsin-Whitewater, a university already on the move,” Saunders said. “I was impressed by the campus commitment to lifelong success for its students. It would be a thrill to serve an institution with so much potential for greatness.”

Saunders previously held several positions in higher education, including dean of the College of Arts & Sciences at the University of West Florida, where she also served as director of the university honors program.

“It was very exciting to learn that Dr. Saunders was selected to be our next Chancellor here at the University of Wisconsin-Whitewater,” said UW-Whitewater Professor Jimmy Peltier, who chaired the campus and community search committee. “Dr. Saunders will bring a wealth of experience to our campus, and will be a tremendous asset to lead us into the future.  Her personality, leadership abilities, fundraising experience, focus on diversity, and her desire to improve the well-being of our students make her a great selection as our next chancellor.

“Dr. Saunders received tremendous support from all corners of campus, including students, deans, faculty, and staff, as well from community leaders and Whitewater citizens,” Peltier said. “I know the Regents and President Reilly had a very tough task choosing from a slate of very qualified candidates.  Without question, their selection of Dr. Saunders will be embraced on the campus, in Whitewater, the region, and by our alumni.  On behalf of my Search Committee, I would like to extend a warm welcome to Dr. Saunders, and a heartfelt thank you to our departing chancellor, Jack Miller.”

“The 17 members of the campus search-and-screen committee did an absolutely outstanding job of delivering five quality candidates to our Regent Selection Committee,” said Regent Roger Axtell, chair of the Special Regent Committee that recommended Saunders as chancellor.  “We concluded that all of the candidates would eventually become chancellors somewhere in the United States, but after extensive personal interviews, we unanimously concluded that Dr. Saunders was the top choice.”

The Board of Regents’ Special Committee for the UW-Whitewater Chancellor Search, chaired by Regent Roger Axtell of Janesville, also included Regents Peggy Rosenzweig of Wauwatosa, Milton McPike of Mazomanie, and Brent Smith of La Crosse.

Martha Dunagin Saunders will be joined in Wisconsin by her husband, Joseph Bailey. The couple are parents of seven grown children and have two grandchildren. Dr. Saunders’ expected start date is August 1.

The University of Wisconsin-Whitewater is a comprehensive university located between Milwaukee and Madison. With pride in its student-centered campus atmosphere, UW-Whitewater offers 45 undergraduate and 16 graduate degree programs, and has helped to launch the careers of more than 60,000 alumni.

Learn more about the 2020FWD strategic framework, including budget priorities and initiatives.