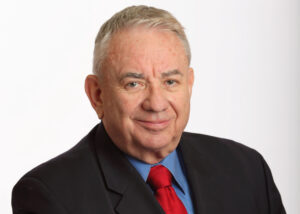 MADISON, Wis.—University of Wisconsin System Board of Regents President Andrew S. Petersen today announced that former Governor Tommy G. Thompson has agreed to serve as UW System Interim President effective July 1. The decision comes after consultation Thursday with the Board of Regents, which offered uniform support.

Thompson is a well-known champion of Wisconsin’s public universities, and he has called for a renewal of the Wisconsin Idea, the principle that the UW System serves all parts of the state. He is the state’s only four-term governor and his bipartisan policy proposals have had a lasting impact on the state. As a former U.S. Secretary for Health and Human Services (HHS), Governor Thompson’s health policy experience will be critical as universities respond to the COVID-19 pandemic. He chairs the UW System Business Council and helped lead a public-private campaign to fund UW-Madison’s BioStar Initiative with the Wisconsin Alumni Research Foundation.

“The University of Wisconsin System is the state’s most valuable asset, and I will be its biggest advocate and its toughest evaluator,” Thompson said. “No other institution in the state can do more to improve lives, communities, and Wisconsin’s economy.”

Petersen said he asked Thompson to serve as Interim President because of his legacy of bringing people together and finding common ground.

“Governor Thompson is a statesman who offers the kind of leadership the UW System needs right now,” Petersen said. “I have witnessed his collaborative yet direct leadership style. He is perfectly suited to serve as Interim President.”

“I have known Governor Thompson since he was in the state legislature, and he understands the importance of the UW System to the state of Wisconsin, including the key role that academic research plays in economic development,” Walsh said. “He is a pragmatic leader who seeks solutions. He has my confidence.”

Born in Elroy, Wis., Thompson, 78, earned his bachelor’s and law degrees from UW-Madison. He was elected to the Wisconsin Assembly in 1966 and became minority leader in 1981. He won election as governor in 1986 and won an unprecedented four terms, which makes him the longest-serving governor in Wisconsin history. As governor he remained committed to a strong university system, faculty research, and the Wisconsin Idea. He stepped down during his fourth term to become HHS secretary under President George W. Bush, a role where he oversaw an increase in funding for the National Institutes of Health and enhanced local public health preparedness.

He is currently a senior fellow with the Bipartisan Policy Center and chairman and chief executive officer of Thompson Holdings. He serves on the board of directors of Centene Corporation; United Therapeutics Corporation; Physicians Realty Trust; and TherapeuticsMD, Inc.

At his request, Thompson will be paid the minimum under Board policy, $489,334 salary annually.

Board of Regents policy vests the Regent President with authority to name an Interim President. No vote of the Board is required, but Petersen consulted with Board members Thursday and a uniform consensus developed around Governor Thompson’s appointment.

The Board of Regents will not commence a search for a permanent president for at least a year. Under the terms of his contract, Thompson will serve until a new president is hired and takes office.

Current System President Ray Cross will remain with the System as a consultant for 90 days after he leaves office June 30 to assist Thompson’s transition into the role.