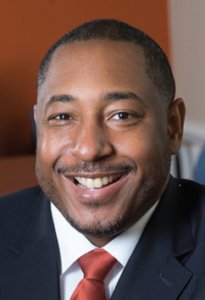 The University of Wisconsin System Board of Regents today unanimously approved Gibson’s appointment, following a recommendation made by a selection committee. Gibson will assume the leadership post on January 11, 2021.

Gibson was hired as Vice President for Student Affairs and Vice Provost at Bowling Green State in July 2016. In that role, he served as an advocate for the academic and social development of students, devised policies for student success, and advised the president and provost on student issues, among other things. He has overseen the Dean of Students office; residence life; diversity, equity and inclusion; student health, wellness and recreation; the women’s center, Title IX, and Clery reporting; and Greek life.

Previously, he was associate vice president of student affairs at Ball State University in Muncie, Ind.; associate dean for student development at York College, City University of New York in New York City; and employed in other roles at York College. Gibson has held numerous other positions related to student success in higher education.

“Dr. Gibson is a fantastic fit for UW-Stevens Point,” said UW System President Tommy Thompson.  “I am confident his background in student affairs coupled with his high-energy engagement with everyone he connects with will build an even better university for the entire region and our great state.”

“I am honored to have this opportunity to serve as the 15th chancellor at UW-Stevens Point,” said Dr. Gibson.  “UW-Stevens Point has a rich history and culture, and dedicated students, faculty, staff, alumni, and community leaders that I am looking forward to joining.”

“We were fortunate to have a deeply talented group of applicants, which I think speaks to the excellent leadership opportunity UW-Stevens Point represents,” said Regent Karen Walsh, chair of the Search and Screen Committee. “This campus is a vital part of central Wisconsin life, and Dr. Gibson is committed to strengthening those relationships and creating new pathways for student success.”

“Dr. Gibson brings a breadth of experience that has equipped him to lead in a number of areas that are important to UWSP right now, including fund raising and making our campuses more diverse, equitable, and inclusive. As a student affairs professional who also served as Vice Provost at Bowling Green State University, he is well placed to foster increased collaboration between Student Affairs and Academic Affairs,” said UW-Stevens Point Professor of English Mary Bowman, vice chair of the Search and Screen Committee.

“We are thrilled to welcome Dr. Gibson to the University of Wisconsin–Stevens Point as UW-Stevens Point’s next chancellor,” said UW Regent President Andrew S. Petersen.  “Tom has a terrific professional background and an infectious enthusiasm that will serve him and the community of Stevens Point well as he assumes this exciting leadership position.”

The Special Regent Committee for the UW-Stevens Point Chancellor Search that recommended Gibson to the full Board of Regents includes Regents Walsh, José Delgado, Cris Peterson, and Olivia Woodmansee. President Thompson concurred in the recommendation.

Established in 1894, UW-Stevens Point is located on a 400-acre campus in Central Wisconsin. More than 100 program options at the bachelor’s and graduate level provide world-class opportunities in the arts, natural resources, business, health science and wellness, education, humanities and the sciences. Approximately 8,100 students attend UW-Stevens Point, which has a 280-acre nature reserve and is located in a city voted among the Best College Towns in the nation. UW-Stevens Point also has branch campuses in Marshfield and Wausau.