Board of Regents Elects First President from Chippewa Valley

John Robert Behling to Serve as Next Regents’ President 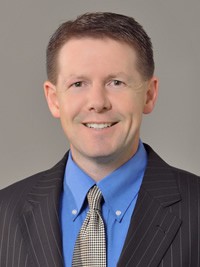 Today, the UW System Board of Regents elected a new Board president: John Robert Behling. Each June, the Board elects a President and Vice President. Regent Behling has served as the Vice President for the Board since 2015, and will begin his term as President immediately following today’s meeting. Behling is the first Board President from the Chippewa Valley. He succeeds current Regents’ President Regina Millner, whose term is ending. The Board President designates Board committee membership, signs all diplomas and contracts issued by the Board, and speaks on behalf of the Board before the Governor and legislative groups.

“I would like to thank Governor Walker for appointing me to the Board of Regents. The past two years as Vice President have been an educational and rewarding experience,” said new Board of Regents President John Robert Behling. “I am looking forward to serving the UW System even further as President. We will continue to advocate for our campuses, govern wisely, and remain accountable to the taxpayers, citizens and students we serve.”

Behling is the first Regents’ president from the Chippewa Valley area, where he is an attorney with the Eau Claire law firm Weld Riley, S.C. At the firm, Behling serves as the firm’s Vice President and chairs Weld Riley’s government and administrative law practice. Behling graduated from UW-River Falls with a bachelor of science in economics, and he is also a graduate of the University of Wisconsin Law School.

The Board also elected Regent Drew Petersen as the new Vice President. Petersen is the Vice President of External Affairs and Corporate Communications for TDS Telecom (TDS), the seventh largest wireline telecommunications company in the United States, with headquarters in Madison. Regent Petersen was appointed to the Board in 2013.

“Along with John, I will strive to continue the effective and beneficial governance of the Board, and ensure that the UW System remains one of the top public school systems of higher education in the nation,” said Regent Petersen.

The Regents also thanked outgoing President Regina Millner, who will continue to serve on the Board.

“The UW System has a worldwide reputation for excellence, and it has been a pleasure and an honor to serve as president of the Board of Regents,” said current Regents’ President Regina Millner. “I look forward to my continued role as a Regent, and I will continue to advocate on behalf of our institutions, students and families. John is a tremendous colleague and he will provide continuity and leadership in his new role on the Board.”

Governor Scott Walker recently appointed three new members to the Board: Michael Jones of Milwaukee, Robert Atwell of Green Bay, and UW-Eau Claire student Ryan Ring. Regents are appointed by the Governor and serve without pay.

Note: This press release was originally issued on June 9, 2017, with the title “Board of Regents Elects Youngest President, First from Chippewa Valley.” It is correct that Behling is the first from Chippewa Valley and youngest in three decades (Paul Schilling was age 40 when he became BOR president in 1988). We corrected our headline on June 13, 2017.