The University of Wisconsin Board of Regents on Friday unanimously approved the biennial state budget request for 2009-2011 recommended by System President Kevin P. Reilly for its 26 campuses and its statewide UW-Extension.

Under the request, the UW System will seek reinvestment from the state for continued support of its Growth Agenda for Wisconsin, designed to help graduate more students, to create leading-edge jobs in Wisconsin, and to grow strong communities.

“I think it’s important that we present a budget that’s in line with our principles as we express them through the Growth Agenda … and that our budget reflects what we’re trying to talk about, what we’re trying to do for the state. This one hits the mark,” said Regent President Mark Bradley.

Following budget guidelines issued by the Wisconsin Department of Administration, the UW System will formally forward its budget request by September 15. The request then will be considered as the Governor’s Office prepares to release an overall state budget proposal early next year.

The Board of Regents recognized two departing Chancellors with resolutions of appreciation: Chancellor Jack Keating of UW-Parkside and Chancellor John Wiley of UW-Madison. 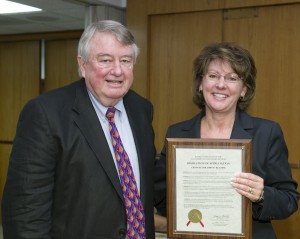 After being presented with a resolution from Regent Eileen Connolly-Keesler, Keating commended the Board for recognizing and respecting the various UW campuses as unique entities.

“The campuses are, if you will, semi-autonomous,” Keating said. “We’re liberated to do what we do best, because we know what is best for our campuses – most of the time. And you trust that. That trust is critical for the proper functioning of any System.” 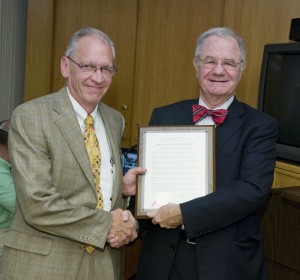 In recognizing Wiley, Regent David Walsh credited Wiley with starting a public dialogue about the future of higher education in Wisconsin and the role universities can play in developing a strong economy.

In his last appearance before the Board as chancellor, Wiley urged Regents to not treat tuition and state support separately.

“How much is it worth to the state of Wisconsin to produce that one degree in terms of future tax revenues, reduced impact on the healthcare system, reduced impact on the prison system, and all the other benefits that are disproportionately flowing to people who hold degrees beyond high school?” Wiley asked.

Reilly added that both Keating and Wiley have “led their campuses with real integrity and intelligence. The positive influence of their leadership will be felt for decades to come, most directly on their own campuses but also in the way we operate as a System.”

President Reilly and Jim Rahn, President of the Kern Family Foundation, jointly announced a collaboration that will provide a new way for students to achieve the science credits necessary for their admission to UW.  For the first time, students applying to UW campuses may have one or more of the Project Lead the Way Courses offered through the Kern Foundation  be applied towards their required three science units. 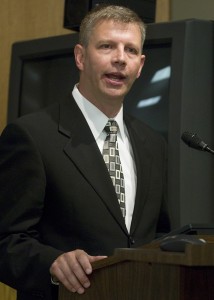 The Kern Family Foundation, based in Waukesha, leads and financially supports efforts to get more science, technology, engineering and math education – the STEM disciplines – into Wisconsin’s middle and high schools. “Clearly this is a mission that’s in synch with our Growth Agenda objectives,” Reilly said.

In addition to its Project Lead the Way curriculum, which is designed to help students build the necessary skills to prepare them for high-wage, high-tech 21st century careers, the Foundation teamed up over the summer with 4-H, a program of Cooperative Extension – a division of UW-Extension – to offer Project Lead the Way Gateway Academies, geared to middle schoolers.

“By fostering student interest, motivation, and preparation for the rigors of top-level engineering and technology programs, the UW System has made a clear statement to teachers, parents, students, and K-12 administrators that these fields are important to Wisconsin’s future,” said Rahn, acknowledging the joint efforts of UW, the Kern Family Foundation, and the Wisconsin Department of Public Instruction in addressing STEM needs.

In his regular report, President Bradley updated the Board on the ongoing efforts to engage legislators — at both the state and federal level.  He briefed the Board on the personal meeting that he, President Reilly, and Regent Pruitt recently had with the Governor, as well as sessions he and President Reilly had with legislative leadership from both parties in the State Capitol to give them an advance briefing on budget matters.

He also noted that in early September, he and President Reilly have scheduled visits to Washington, D.C., to meet with the Wisconsin delegation in Congress.

Looking ahead at the Regents’ calendar for the upcoming year, Bradley advised the Board of two likely agenda items for November’s discussion-only session: the impact of the “graying” of faculty and staff on academic workforce recruitment and retention; and the development of professional doctorate programs to replace masters programs in fields requiring increased professional training. 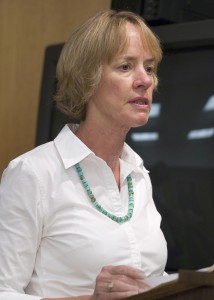 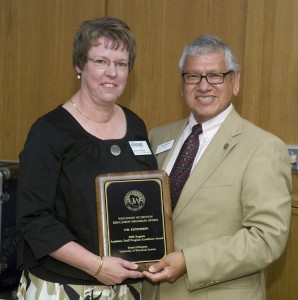 The Board also recognized the winners of the Regents’ 2008 Academic Staff Awards for Excellence. This is the highest recognition bestowed on members of the UW System’s academic staff.

Recipients of this year’s individual awards were Kathleen Kelly Shanovich, a pediatric nurse practitioner at UW Hospital/Medical School, and Jane M. Spencer, executive director of the UW-La Crosse Alumni Association. The UW-Extension’s Cooperative Extension Wisconsin Nutrition Education Program (WNEP), which includes a 150-member staff, received the Regents’ program award. This is the first year that programs also have been recognized.

Each winner receives a $5,000 award for professional development to enhance their program or function. 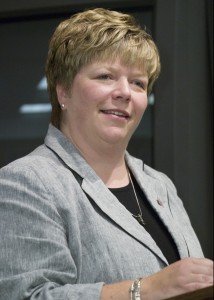 President Reilly reported to the Board that:

The UW System Board of Regents will hold its next meeting October 2-3, on the UW-Stevens Point campus.