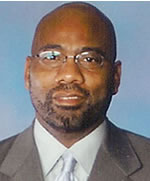 MADISON – David Wilson, vice president for university outreach and associate provost at Auburn University in Alabama, has been recommended to serve as the first chancellor to lead both the statewide University of Wisconsin-Extension and the UW Colleges, which includes 13 freshman-sophomore campuses.

UW System President Kevin P. Reilly and the Board of Regents’ Special Committee for the UW Colleges/UW-Extension Chancellor Search announced the recommendation of Wilson on Monday (Dec. 5). The full board will act on the recommendation at its Friday (Dec.  9) meeting in Madison.

“David Wilson has the vision, talent, and experience to ensure the vitality of UW-Extension and UW Colleges as they enter a new era,” Reilly said.

The new, joint chancellorship was created following a comprehensive, independent study of the missions and administrations of the UW Colleges and UW-Extension, after which Reilly recommended consolidating the Madison-based administrative functions of the two statewide institutions under a single chancellor. This change and other collaborations will lead to efficiencies that will allow the institutions to provide more access for students and clients, as well as more robust economic development for the state, while maintaining, or potentially reducing, costs.

“I’m honored to have been recommended as the first chancellor to lead both of these remarkable institutions,” Wilson said. “Any public university must be open to new ideas and new ways of doing business, and I look forward to the chance to work with a variety of colleagues in exploring ways to meet the needs of the people of Wisconsin.”

UW Colleges and UW-Extension are the university’s premier access and outreach institutions. Both have deeply rooted relationships with local governments and communities.

“Bringing these institutions together under one chancellor to maximize their impact is one clear demonstration of the UW’s willingness to change to meet the future needs of Wisconsin,” Reilly added.

“I’m confident that Dr. Wilson is the right individual to lead these institutions as they increase access to students and citizens, and provide rich education and services across Wisconsin.”

From 1988-1995, Wilson served as assistant provost and associate provost at Rutgers, The State University of New Jersey. He was the director of the Office of Minority Programs with the Woodrow Wilson National Fellowship Foundation from 1985-1988, and in the prior year was a Woodrow Wilson Administrative Fellow in the position of executive assistant to the vice president for business affairs and finance at Kentucky State University. Wilson has also held a research post in investigative psychiatry, served as a project director for the Research and Development Institute of Philadelphia, and was assistant to the associate dean of students at the Tuskegee Institute.

“Dr. Wilson impressed faculty, staff, students, clients, and community members with his acumen, insights into the processes of organizational change, and deep commitment to the intellectual and economic growth of Wisconsin’s people,” said Lisa Seale, UW-Marathon County professor of English, who chaired a 17-member campus/community search and screen committee.  “The slate of highly qualified, dedicated candidates each offered a wealth of experiences, and our choices were difficult. Dr. Wilson is a great choice to serve in what will be a challenging and rewarding role-bringing together two of the University of Wisconsin’s finest institutions to better serve our state.”

Wilson holds an Ed.D. in administration, planning and social policy, and an Ed.M. in educational planning and administration, both from Harvard University; and an Ed.M. in student personnel administration and a B.S. in Political Science from Tuskegee Institute. He is an adjunct professor of education in the College of Education at Auburn University, and was an associate professor of education at Rutgers, The State University of New Jersey. Wilson is an active national consultant and speaker. He was also part of an international planning effort in the early 1990’s to found the University of Namibia in southwest Africa.

The Board of Regents’ Special Committee for the UW Colleges and UW-Extension Chancellor Search was chaired by Regent Danae Davis of Milwaukee. Other members were Regents Mark Bradley of Wausau, Elizabeth Burmaster of Madison, and Milton McPike of Mazomanie.

“We were tremendously impressed with Dr. Wilson’s vision and track record of success, and we are excited about his demonstrated leadership,” Davis said. “The combination of his fresh approach and our depth of talent in both institutions will ensure a fabulous future for UW-Extension and UW Colleges, as well as the state overall.”

Wilson was one of four finalists for the position of chancellor for UW-Extension and UW Colleges. The other finalists were Irving Pressley McPhail, former chancellor, Community College of Baltimore County in Maryland; Jack M. Payne, vice president for university extension, Utah State University; and Marv Van Kekerix, interim chancellor, University of Wisconsin-Extension. Payne officially withdrew as a candidate before interviews last week

Wilson is married to Dr. Janniece Brown, and has one son. Wilson’s expected start date is May 1, 2006.

The UW Colleges, the 13 freshman/sophomore campuses of the University of Wisconsin, offers an Associate Degree in Arts and Science, including an online Associate’s degree. Its general education, liberal arts curriculum prepares students of all ages and backgrounds for baccalaureate and professional programs, for lifelong learning, and for leadership, service, and responsible citizenship. Having evolved from two-year university programming begun in 1919, the UW Colleges provides outstanding academic preparation for students and assures successful preparation for transfer to baccalaureate institutions.

Through UW-Extension, all Wisconsin people can engage in lifelong learning, and access university resources, wherever they live and work. Founded in 1891, UW-Extension has faculty and staff on all 26 University of Wisconsin campuses, in 72 county offices and at two tribal nations. It oversees 13 Small Business Development Centers, and partners with the Educational Communications Board to operate Wisconsin Public Radio and Wisconsin Public Television. UW-Extension programs are delivered by four main divisions: Broadcasting and Media Innovations; Business and Manufacturing Extension; Cooperative Extension; and Outreach and E-Learning Extension.

A cross-institutional steering committee has been leading an integration of the Madison-based administrative functions of UW-Extension and UW Colleges.

Learn more about the 2020FWD strategic framework, including budget priorities and initiatives.