Madison, Wis. – In their first review of a draft policy on program revenue balances and reserves, members of the University of Wisconsin System Board of Regents raised concerns about proposed thresholds and legislative perceptions.

In a joint meeting of the Business and Finance Committee and the Audit Committee, David Miller, Senior Vice President for Administration and Fiscal Affairs, presented the proposed policy, which calls for institutions to carry cash balances equal to at least 10% of annual expenditures in four fund categories: tuition, auxiliary operations, general operations, and other unrestricted program revenue.

Campuses that fall below that level would be required to show Regents a plan to regain a reasonable level of “rainy day” reserves. This would ensure that the UW System and its institutions are protected from sudden revenue shortfalls or other extraordinary events.

Designed to meet legislative demands for greater transparency about the revenues carried  forward from one year to the next, the draft policy would require that UW Chancellors justify year-end balances exceeding 15% of expenditures, showing a specific purpose and timeframe.

Several Regents expressed deep concerns that the 15% reporting threshold was too low. Others suggested that the proposal needs clarification.

While there is no general standard for the size of cash balances academic institutions should hold, the levels in the UW proposal fall within the 5-20% range for reserve levels recommended by the Government Finance Officers Association and would help institutions meet the Higher Learning Commission requirements for financial health, Miller said.

Regent Mark Bradley questioned the wisdom of the 15% threshold. “I would think that people on this board and members of the legislature who have run businesses would see 15% as low … as opposed to 20 or 25%, which from what I’ve read is closer what is actually happening.”

“I don’t know an entity that would have this low a reserve,” Regent Margaret Farrow said, noting that three months’ operating expenses is often considered the standard. Miller emphasized that the 15% reporting threshold should be considered a guidepost, not a cap. “If 15% becomes a hard cap, then I would agree we would have a problem. What it is proposed as is a reporting threshold,” he said.

UW-Madison Chancellor Becky Blank told Regents that if the 15% was indeed a hard-and-fast cap, she and her fellow chancellors would consider it unacceptable. “My understanding is that what we’re being asked to do is to justify holdings over 15%.”

Farrow worried that legislators would, in fact, see the threshold as a cap.

Regent José Vásquez cautioned that if institutions were repeatedly coming before the Board to explain why they may have exceeded the threshold, it might be misconstrued as financial mismanagement.

Regent President Mike Falbo noted that until the chancellors are fully on board with the proposal, he would not be comfortable going forward with a policy.

Regent Whitburn said the proposal would be brought back for further discussion in October. The state budget requires that the UW submit its reserve fund policy by Jan. 1, 2014.

As part of the same discussion, Regents also approved a funding plan that calls for spending a significant portion of UW System’s tuition balances for purposes specified in the 2013-15 biennial state budget. Those uses include new economic development grants, funding for the new UW Flexible Option degree programs and other initiatives. That plan now will be submitted to the Co-Chairs of the Joint Committee on Finance and the Secretary of the Department of Administration.

In addition to these required expenditures and transfers, UW institutions are now drawing upon their local reserves to cover base funding cuts imposed in the state budget.

Christopher Lydon, a director from PricewaterhouseCoopers, provided Regents with a report on their risk assessment of the UW System Human Resource System. That report was called for by President Reilly and the Regents to identify risk exposures related to implementation of the new system.

Lydon reported that UW System still faces risks as a result of that implementation, but acknowledged that many of the concerns identified are already being addressed. Issues requiring attention include enhancing the governance structure over HRS process, incorporating more internal review processes, increased training, simplified benefit plan structures, and limiting access to sensitive information, Lydon said.

“UW-Madison and UW System Administration have worked diligently to identify the root causes of errors that were uncovered following the April 2011 implementation (of HRS), and we have made significant progress, addressing those challenges with regard to process, technology, and training,” Reilly said. “At the same time, we have worked to provide a clear accounting for all errors in payment.”

Reilly noted that PwC recommends that the UW should evaluate the alignment and structure between the Service Center and UW System Administration. “We take this recommendation very seriously,” he said. “(UW-Madison) Chancellor (Rebecca) Blank and I are discussing ways to clarify the reporting structure and integrate that policy making and operational implementation into coherent, effective, and accountable ways of getting information to you.”

Service Center director Larry Henderson said he is “pretty happy with the progress so far but there’s still work to be done.”

Regent Farrow was not satisfied that the HRS problems had been resolved, calling the situation “outrageous.”

Regent Whitburn, chair of both the Business and Finance committee and the Audit committee, reminded Regents that this has been the largest HR information technology project ever implemented anywhere in Wisconsin, in the private sector or public. “But I share your concern about timeliness of this,” he said. He called on those in charge to “double down” on getting things resolved.

Regent Janice Mueller, a former state auditor, added that Wisconsin has a long history of troubled IT systems, but she is “encouraged” by what she’d heard to date. “It’s important to note that the University was proactive in contracting this firm” to assess risks.

“Implementation of these massive systems … is always problematic at some level,” Reilly said. “We really need to make sure that we move beyond the kinds of problems we’ve had.”

“Like many good family gatherings, there were uncomfortable moments and occasional disagreements. But the act of coming together has intrinsic value,” Falbo said.

He noted that legislators have clearly expressed their interest in seeing changes, both structural and statutory, in the UW System. “Every one of them, it seemed, urged us to change the way we communicate – especially when it comes to complex matters of financial transparency, educational performance, and measureable outcomes,” Falbo said.

Legislators also asked the provocative question whether the Board of Regents exists to be cheerleaders or watchdogs, Falbo reported. “I think we’re both,” he said.

“In comments from chancellors and legislators alike, we saw the need to balance the need for campus autonomy and flexibility with real accountability and consistent oversight,” Falbo said.

Falbo pointed out that nobody could expect a single gathering to produce immediate consensus. But in the process of coming together, “we gained a clearer understanding of common concerns as well as differences. The question before us is how we use that better understanding to move forward and change,” he said.

UW System President Kevin P. Reilly noted that President Obama had given the UW System a nice “shout-out” for its work on the UW Flexible Option, as part of the President’s major speech last month on plans to help make college more affordable for middle-class American families.

Reilly noted that the part of his address that garnered more attention, however, was the idea of tying federal financial aid programs to institutional performance measures.

“This is an unusual approach to so-called ‘performance based funding,’” Reilly said. “At the state level, performance funding is rarely (if at all) connected to financial aid but, rather, it is almost exclusively for operating appropriations.”

He added that linking funds to students via financial aid in this way could put some serious new issues on the table. For example, the most widely used data on graduation rates, one of the President’s proposed performance indicators, include only first-time, full-time students who graduate within six years at the institution where they first enrolled.

Reilly noted that reaction to the President’s proposal has been mixed, citing the American Council on Education’s warning that tying financial aid to certain metrics could hurt the very students and families the administration is trying to help.

On the plus side, Reilly said, the President’s plan could raise awareness of current income-based repayment options for federal loan programs, and make more students eligible to participate in these programs.  The “maintenance of effort” provision is another positive component, which requires states to continue present funding levels for higher education, Reilly said.

“Additionally, the proposed federal plan would offer incentives to states and colleges that experiment with innovative cost-containment strategies. The UW System’s Flexible Option could benefit from these incentives,” Reilly said.

The UW System will be closely monitoring the progress and direction of the President’s proposals, he added.

Board recognizes new and departing colleagues 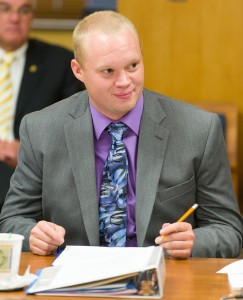 The Regents welcomed new Student Regent, Chad Landes of Dane, to his first meeting. Landes, who succeeds Katie Pointer, is a senior at UW-Platteville, majoring in Animal Science. As one of UW-Platteville’s Agriculture Ambassadors, he travels to high schools across the Midwest to recruit students to UW-P’s School of Agriculture. After graduation, Landes plans to attend the UW-Madison School of Veterinary Medicine.

The Board also recognized Vice President for Finance Debbie Durcan, who has announced her retirement after 37 years of service to the UW System.

“Through thick and thin, Debbie could always be counted on to provide invaluable counsel to me and Cabinet colleagues regarding the financial impact of programmatic decisions on institutional and UW System business operations and our financial status,” Reilly said.

“Debbie’s professionalism and expertise with regard to financial matters can only be matched by her encyclopedic knowledge of popular song lyrics. Anyone who has carpooled with Debbie over the years knows she will keep you singing the entire trip, no matter how long that road trip might be,” Reilly added.

Regent Mark Bradley, who presented the Board’s resolution of appreciation, saluted Durcan’s many years of service. “All Regents benefit from her thoroughness, her good judgment, and her outstanding commitment to providing for our students, assisting our campuses and extension – and just generally helping the Board of Regents carry out its mission.” 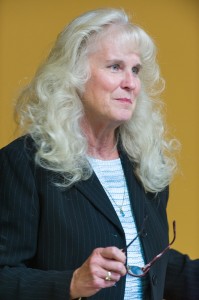 Durcan called her time with UW System “an incredible journey.”

She reflected on some of the advice and lessons she’d learned, including the importance of living a balanced life, showing humility, patience and persistence, and having a sense of humor.

“I’ve loved the mental challenge and variety of work and the people, all working toward such an important public purpose,” Durcan said.

The UW System Board of Regents will hold its next meeting October 10-11, 2013, at UW-Parkside