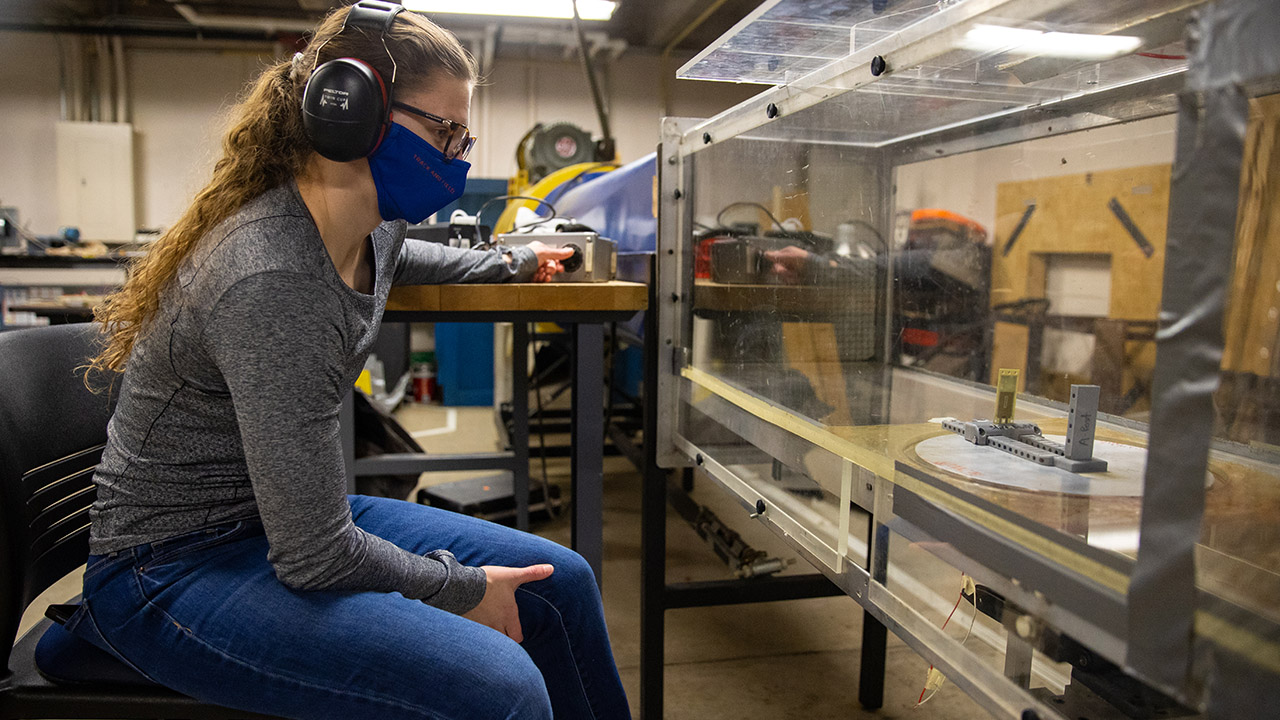 A group of mechanical engineering majors at the University of Wisconsin-Platteville are researching new ways to harvest energy and will present their findings to legislators, state leaders and the public at next week’s annual Research in the Rotunda event in the Capitol building in Madison, Wisconsin.

The students are working with Dr. Edoardo Rubino, assistant professor of mechanical engineering, on the project, which consists of two components that share the same goal – to generate clean and renewable voltage, which equates to energy.

“What we’re trying to do is develop multiple forms of renewable energy,” explained Nikhil Agarwal, a senior mechanical engineering major from Madison. “Currently, we use basic ones like solar or wind, but the idea is that if you can miniaturize that and use smaller methods of energy harvesting, you can get a lot more energy because those smaller devices tend to be more efficient and more effective than the larger scale wind turbines or solar panels, which require so much surface area to be efficient.”

The first component of the project explores the use of piezoelectric materials – a category of smart materials that produce a voltage when subjected to force.

“There is a ton of wind energy that isn’t able to be harvested by wind turbines, because those are just sitting in a field somewhere,” said Agarwal. “But, in a city, or on a building, for example, there is a lot of wind energy just flowing through. If we can take this piezoelectric material that we are developing and stick it on a car or a building, as the air passes over the material, we’re able to harness the wind energy when the material deforms.”

When that piezoelectric beam is connected to an electric circuit, the voltage can power small electronic devices. Part of the students’ research involves determining the optimal configuration between a piezoelectric device and air flow, in order to maximize the voltage output. Jordan Meciej, a senior mechanical engineering major from Grayslake, Illinois, is one of the students trying to answer this question by testing the material in a wind tunnel in a lab on campus.

“I’ve been working with a manufactured little post of the piezo and testing it under different conditions to see if there is a relationship between wind speed and the effect of the geometry that is in the front of it to maximize the energy output we get,” said Meciej.

The second component of the research aims to design a novel device to harvest the kinetic energy borne from electric vehicles using polymagnets. Whereas standard magnets consist of a north and south pole, polymagnets can be programmed with a customized magnetic field pattern. Using this concept, Dane Adams, a junior mechanical engineering major from Baldwin, Wisconsin, is testing if polymagnets can use the existing rotational motion of a car axel to produce current.

“We are using a polymagnet and a coil of copper wire to produce current like an electric generator,” explained Adams, who joined the project in spring 2021, picking up on the progress from a former student. “Initially, I researched the history of electric vehicles and the growing market for grant proposals to earn funds for the project. Then, I became responsible for designing the testing setup to make sure we collected accurate data. I drew and 3D printed parts to hold an electric motor – which mimicked our rotating shaft, coil wires and the shaft to hold the magnet. I have also been involved in calibrating the electric motor to measure the relationship between voltage and rotational speed and testing the oscilloscope to make sure we were recording accurate voltages.”

The students all agreed that involvement in this research has a lot of advantages. Adams said that in addition to learning to communicate ideas more clearly, he has learned a lot about basic electrical engineering, which has broadened his knowledge.

Meciej has been working on the research for close to three years, beginning as a sophomore.

“I wanted some real-world experience that I could get my hands on, and as a sophomore that was great,” she said. “It has really helped me stand out from others in interviews for internships and co-ops.”

Agarwal has been working on research with Rubino for three years, two of which have been focused on this project.

“With a low student-to-faculty ratio at UW-Platteville, I was able to start research early in my collegiate career, and I found a lot of mentorship from other students on the project and Dr. Rubino early on, since I started as a freshman,” he said. “Because of the research experience, I was able to apply for and get a couple different internships and work opportunities because of the fact that we had a couple of articles published and had gone to a couple of conferences.”

When the students present their research to legislators and the public at next month’s event, Agarwal said he hopes they can bring awareness on this important issue.

“It’s important research, because we are dealing with an environmental crisis,” he said. “If the research does work, we could have multiple avenues for renewable energy as opposed to just the standard methods we’ve been using, like hydroelectric, wind or solar. So, if we’re able to make this work, ideally it would allow legislators to have an easier path towards renewable energy as opposed to trying to dedicate a lot of land, time and funds to these larger-scale operations.”

The 18th annual Research in the Rotunda event will be held on Wednesday, March 9. For more information, visit www.wisconsin.edu/research-in-the-rotunda/. 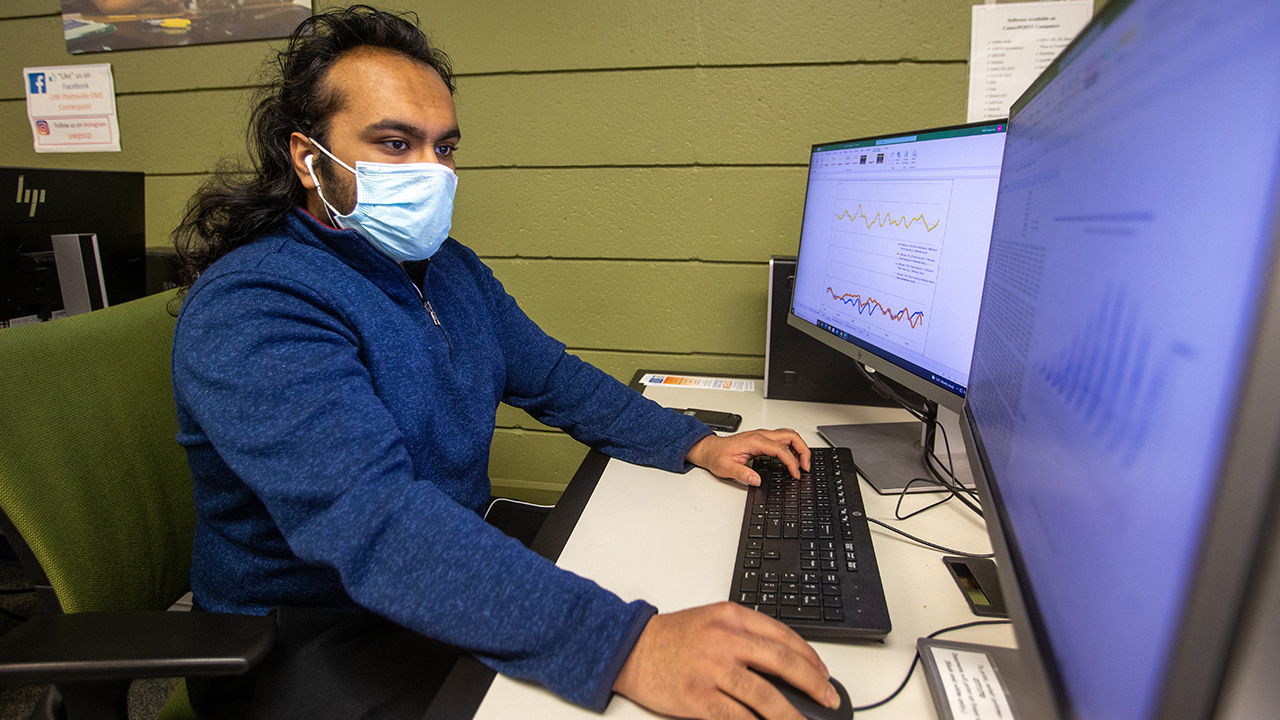