Menomonie, Wis. — Callie Bernier’s interest in environmental science has taken her from a greenhouse to the statehouse in just four years.

Bernier worked in a greenhouse while in high school and loved it. She decided to pursue a career that would allow her to be outdoors and combine her two passions: plants and art.

Those passions, along with her academic skills, are taking her places. On Wednesday, April 17, she will be showcasing her interests in a slightly bigger house: the state Capitol in Madison. Bernier is one of eight University of Wisconsin-Stout students who will be presenting research at the annual UW System Posters in the Rotunda.

For Bernier, a senior from Land O’ Lakes majoring in applied science, the opportunity is one more step up the educational ladder. This fall she will take another major step when she begins graduate school at the University of Edinburgh in Scotland. She has been accepted into the master’s program for landscape architecture.

Bernier’s career path opened up when she decided to major in applied science at UW-Stout. An Honors College student, she also has studied abroad in Scotland and New Zealand.

“I want to make a difference and restore the environment through sustainable design, but I felt I couldn’t accomplish this goal without first learning how society was contributing to environmental degradation,” Bernier said.

She accomplished that at UW-Stout by choosing an environmental science concentration and adding a minor in sustainable design and development.

A major foundation at UW-Stout for Bernier has been the opportunity to conduct independent research with funding from the McNair Scholars Program.

“The McNair Scholars Program has guided me through college, brought me numerous academic opportunities and caused me to reassess my personal goals. It has prepared me very well for graduate school,” said Bernier, who hopes to pursue a doctorate degree.

Her research project, “Wet Prairie Restoration Methods Affect Species Richness and Transplant Survival,” not only will be presented at Posters in the Rotunda but was accepted for presentations this academic year at the: 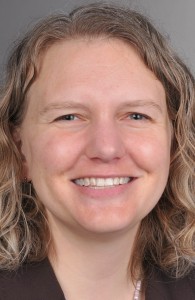 Little said she has been impressed by Bernier’s determination and skills. “Callie is one of those students that everybody in the biology department wants to work with. She consistently pushes the boundaries of what she knows a bit farther due to her curiosity,” Little said. “She is sincere, responsible and has a great attitude.”

Bernier’s research also will be published in the Journal of Student Research at UW-Stout, and she will present at UW-Stout Research Day, Tuesday, April 30.

Other UW-Stout students presenting at Posters in the Rotunda, their projects and advisers are:

This is the 10thannual Posters in the Rotunda. About 100 students from the UW System are expected. For more information, go to https://www.wisconsin.edu/research-in-the-rotunda/.

The federally funded Ronald E. McNair Postbaccalaureate Achievement Program began nationally in 1989. It is named after McNair, a scholar and astronaut who died in the 1986 Challenger space shuttle explosion.

For more information, go to www.uwstout.edu/mcnair.

Callie Bernier will present her research project on wet prairie restoration during Posters in the Rotunda Wednesday, April 17, in the state Capitol