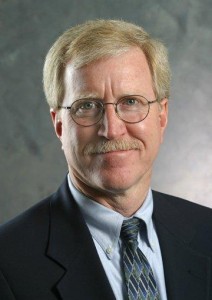 Henderson currently serves as Provost and Vice President for Academic Affairs at University of Louisiana at Lafayette, La.  In this position, he also helped to develop a new five-year strategic plan for the university, chaired the University Council, coordinated consortial degree and transfer agreements, and chaired a task force responsible for Title IX compliance.

He previously served as Dean of the College of Natural and Social Sciences at California State University in Los Angeles, from 2008 to 2013, and Vice Chancellor for Student Success and Enrollment Management at University of Colorado at Colorado Springs, from 2003 to 2007.

Henderson will serve as the chief academic officer for the UW System. In collaboration with the System’s two doctoral universities, 11 comprehensive universities, 13 freshman-sophomore UW Colleges, and statewide UW-Extension outreach networks, his areas of responsibility will include academic program array, diversity and inclusion planning, data and policy analysis, faculty and staff development, student affairs, developmental education, and instructional technology. He will also provide leadership in strategic planning and predictive analytics focused on talent development to support the current and future economic development needs of the state and nation.

Henderson will start in the new position effective March 15, 2016.

“At a time when higher education in this country is changing rapidly, James brings a unique combination of leadership skills and expertise to this key position,” Cross said. “His experience in several state university systems, his commitment to student success, and his track record of strategic collaborations with K-12 systems, state agencies and economic development partners will help to advance UW System’s vision for the future.”

“I am delighted to be returning to Wisconsin and joining one of the premier state higher education systems in the United States,” Henderson said. “The UW System provides a unique opportunity to engage in a unified effort to ensure high levels of student success, research, and community outreach, and I’m looking forward to contributing to that effort.”

Henderson earned a Ph.D. and M.A. in Mathematics at UW-Madison. He holds a master’s degree and undergraduate degree in Mathematics from University of Texas-Austin.

Henderson was one of three finalists identified through a national search process. The search-and-screen committee was chaired by David J. Ward, who has been serving in the position on an interim basis since June 2014.