UWO United We Stand: Veterans urged to get support for mental health 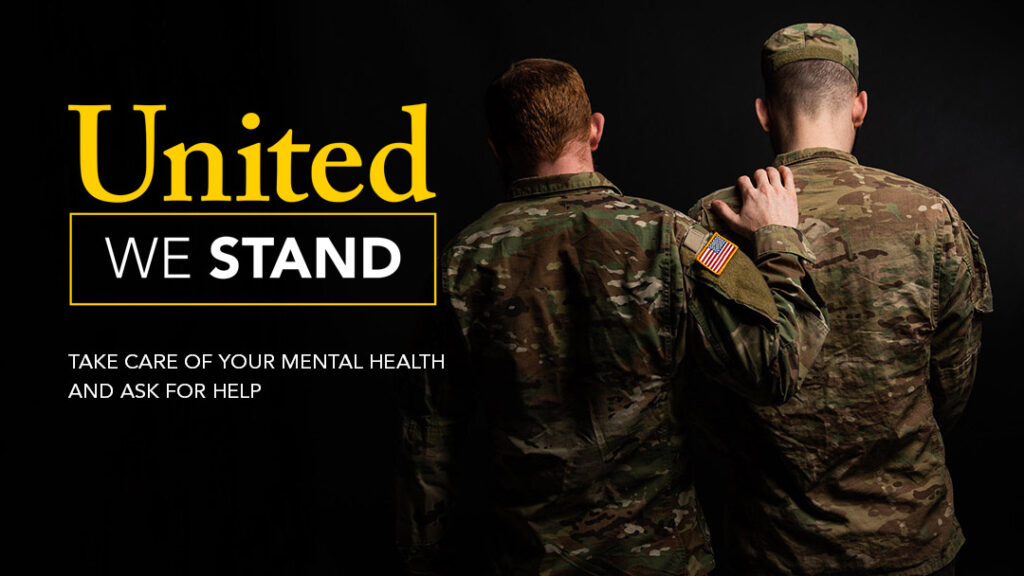 After enduring heartbreaking news that another area veteran had taken their life, a University of Wisconsin Oshkosh team has formed to try and prevent more tragedies.

The family of armed forces veterans connected to UW Oshkosh has been hit particularly hard in recent months.

Timber Smith, Veterans Resource Center (VRC) coordinator and a veteran of the U.S. Army Reserve, vowed to focus on mental health and suicide prevention after the loss of several service members—each at their own hands. He has a difficult time in particular with the loss of a veteran who earlier had reached out to him in crisis. 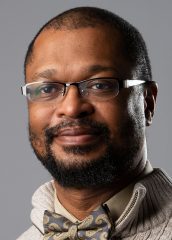 “I felt like I failed him,” Smith said. “He killed himself and he came to me for help.”

Smith said he took some time to grieve and “get his own stuff together” regarding the loss and then rallied support for #UnitedWeStand. The VRC and Counseling Center are partnering on the mental health awareness campaign across all three UWO campuses that encourages veterans to take the first steps toward open and honest conversations about mental health. Learn more at uwo.sh/veterans.

Veronica Warren, UWO Counseling Center associate director, said active and inactive military personnel may find it challenging to seek mental health services for a variety of reasons. Cultural messages and stigma, she said, may imply that the mission is more important than an individual’s distress.

“They may hear messaging of ‘suck it up and get back in line’ and possibly experience fear of their superiors or units finding out that they are seeking support for their mental health,” Warren said. “We want to encourage them that there is strength and courage in taking care of their psychological and emotional well-being. There are partners who want to support them in this journey for wellness.” 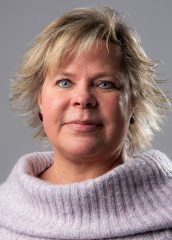 Gail Larson, student accounts financial specialist at UWO, is among three generations of U.S. Air Force veterans. She as well as both of her parents, her husband and their two sons were or are in the Air Force.

Larson strongly supports the UWO mental health awareness campaign and hopes young people in the military can change the culture and stigma.

“I wish someone had told me that being healthy mentally affects your whole being and outlook on life,” she said. “And that struggling in silence or pushing things back into the dark and hoping they will just go away is not the best way to deal with life’s struggles.”

Richard Roehrick, a native of Winneconne who had active duty service in the U.S. Marines from 2009 to 2017, is a strong ally for veterans and cares for their mental health. A recent graduate of the UWO Executive Master of Business Administration program, he did a final presentation project focused on the topic. 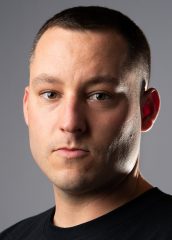 “I would like to tell my brothers and sisters that you are not alone. Barriers, struggles, pain, post-traumatic stress, anxiety and panic happen to high-level leaders and world-class athletes,” Roehrick said. “We are not alone. These crucibles of life can happen at any time. You may find yourself dealing with depression or panic years after your (contract ends). There are so many resources to help you: Mission22, the VetCenter and more.”

Roehrick said there will be days when you are “on top of the world” and the next may be “the darkest day of your life.”

His advice is to practice resiliency every day and make a plan. Exercise daily, try meditation, deep breathing and don’t be afraid to expose your weaknesses. He suggests decreasing inflammatory foods including starches, gluten, sugar and alcohol. He encourages vets to join groups focused on enriching veterans’ lives. 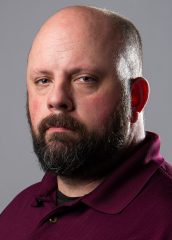 “I know that I was impacted and there are still days where I struggle,” he said. “On those days, I look at my children and wife or I call my friends who were there with me. This helps to remind me why I continue to fight on every day.”

Kloss stressed that anyone wishing to talk should get in touch with the VRC or the Counseling Center staff, visit his office at Dempsey 130 (next to VRC) or call him at (920) 424-1092.

“The person who understands what you are going through may be through the next door or around the corner and they might be looking for you too,” he said. “It is OK to ask for help along the way.” 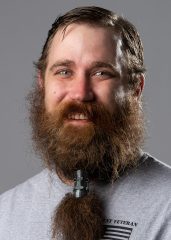 UWO senior Morgan Ringeisen is set to graduate in May with a degree in engineering technology. He served with the Wisconsin Army National Guard and had a tour of duty in Operation Iraqi Freedom.

“An old boss of mine once told me, ‘You have no issues seeing a doc for a broken bone—why not see a doc for mental pain?’ That stuck with me. It’s not crazy to get help with your head,” he said. “What’s crazy is doing nothing about it.”

Ringeisen said anyone thinking about the possibility of getting help should just do it. The more he has opened up to others about seeking help for mental health, the more he has learned that many of his friends and family have sought help themselves.

Art Munin, UWO dean of students and interim vice chancellor for student affairs, said the support and care of veteran students are a top priority for the UWO community. Doors are open for students at the VRC, Counseling Center or Dean of Students Office.

“It can be so very difficult to take that step, admit we need help and reach out,” he said. “I understand that. But we want to help you thrive, be successful and achieve your dreams.”

Munin said people connected to veterans do not need to wait for them to make the first move.

“Call them. Check in. Let them know you care,” he said. “And most importantly, draw in other helpful resources should they call you in significant need.”

The statistics are grim. On average, approximately 10 veterans in Wisconsin die by suicide every month—nearly twice the national overall rate.

Statistics show that U.S. veterans make up nearly 7% of the population, but are 14% of yearly suicides. The Veterans Administration reports about 20 U.S. veterans die by suicide every day.

Studies show 50% of veterans deployed after 9/11 and 25%  of pre-9/11 veterans report having a negative impact on their mental health.

Veteran mental health is a priority and UWO veterans are standing united to help each other in the challenge.