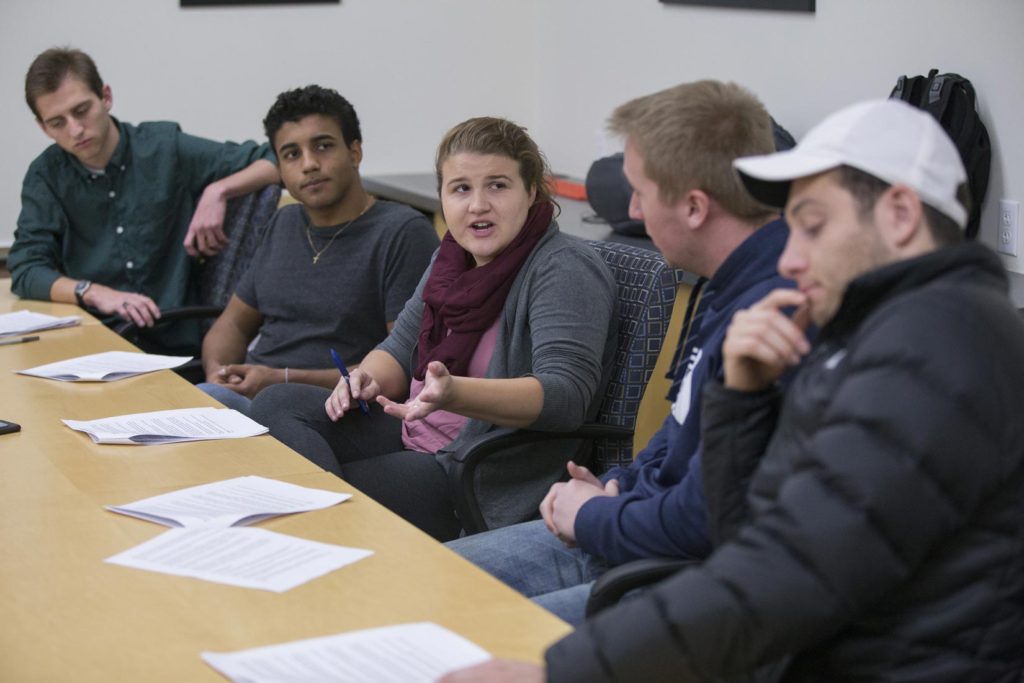 Economics students at the University of Wisconsin-Whitewater competed against some of the world’s most prestigious universities at the 14th Annual College Fed Challenge in Washington, D.C. on Dec. 1.

UW-Whitewater is the first-ever Wisconsin university to advance to this national event. To do so, the Warhawks defeated Northwestern University, the University of Chicago and Marquette University at the Chicago Federal Reserve Bank on Nov. 13, 2017, to become the regional champions.

The Warhawks competed in the finals, which were held in the Board Room at the Board of Governors in Washington, D.C., as the capstone to five district competitions held around the country, against regional winners Harvard University, Pace University, Princeton University and Virginia Commonwealth University.

Managed by the Board of Governors of the Federal Reserve System, the College Fed Challenge is an academic competition designed to bring real-world economics into the classroom. Teams analyze economic and financial conditions and determine how they may impact monetary policy. They are scored based on a 15-minute presentation and question-and-answer session with judges. It is an exceptional experience in which students build critical thinking, teamwork and public speaking skills.

The UW-Whitewater student presenters include: 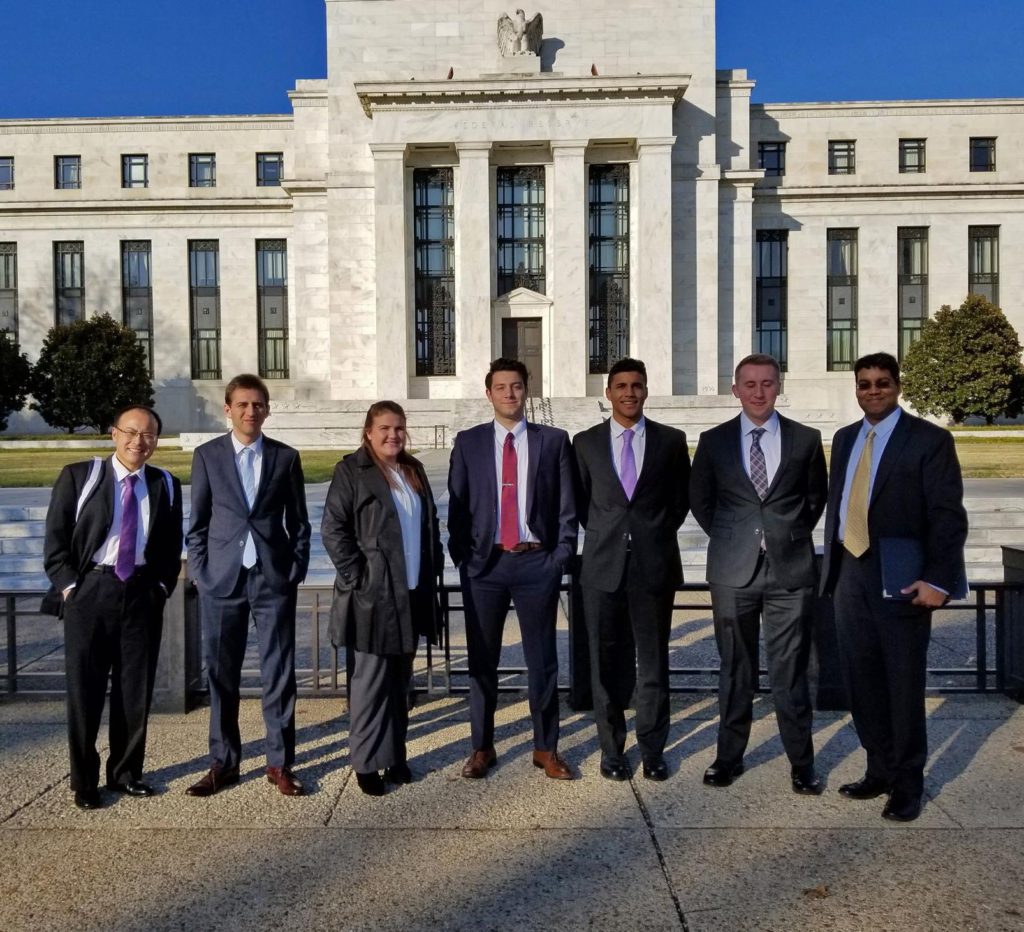 Economics students at the University of Wisconsin-Whitewater competed against some of the world’s most prestigious universities at the 14th Annual College Fed Challenge in Washington, D.C. on Dec. 1.