Excel spreadsheets and the ever-popular phenomena of Esports might seem like an unlikely pair, but both are key concepts in a new global competition that two University of Wisconsin-Whitewater students placed in this fall.

In recent years, an organization known as Financial Modeling World Cup has been holding international Microsoft Excel Collegiate Challenge competitions that stylistically are fashioned after Esports.

This fall, UW-Whitewater’s Excelerators team decided to take part in the event for the first time and notched strong placements against stiff competition.

Joshua Majors, a senior from Waukesha double majoring in business analytics and marketing, had a schedule that permitted him to take part in the initial round. He placed No. 28 internationally and No. 9 in the U.S. 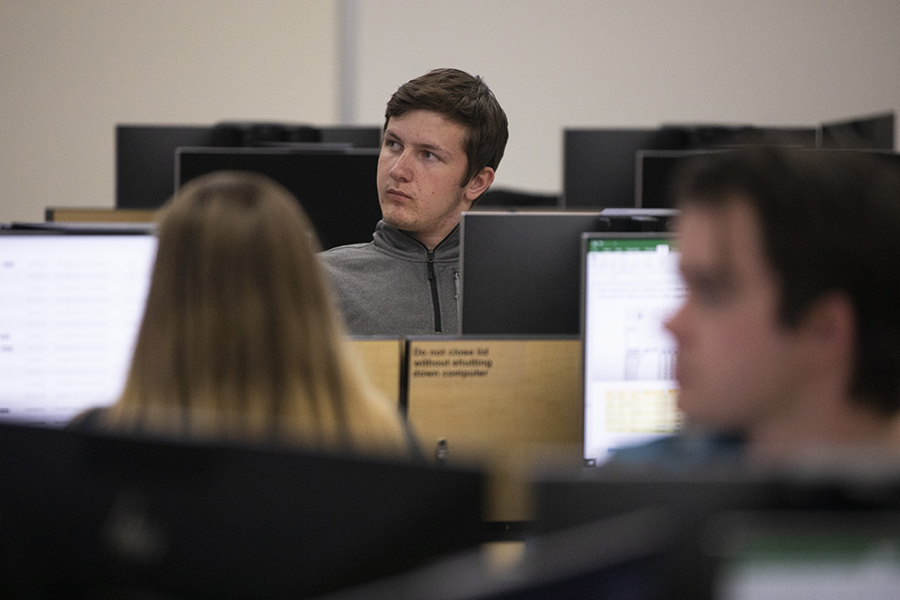 Supply chain management major Jack Oman was one of two members of the UW-Whitewater Excelerators team to place in the top 20 among U.S. competitors in the international Excel competition’s first round. (Photo by Craig Schreiner/UW-Whitewater)

While Oman and Majors’ individual achievements are celebratory in and of themselves, their placement also is notable for the entire university.

In the first round, UW-Whitewater was one of only three universities that had two students placing in the top 20. The University of Pennsylvania, a private Ivy League school, and the University of Arizona, a large D1 research institution, shared the distinction.

The group, composed of about three dozen students, has been a part of UW-Whitewater’s menu of student organizations for several years. Amann said the Financial Modeling World Cup’s Excel competition was a natural evolution for the organization.

“I know Esports is getting more popular,” Amann said. “I wanted to build excitement in students and prevent them from saying, ‘Oh, I’ll just learn Excel later.’ You have to learn it and apply it. I just thought this was a great way to give our group focus.” 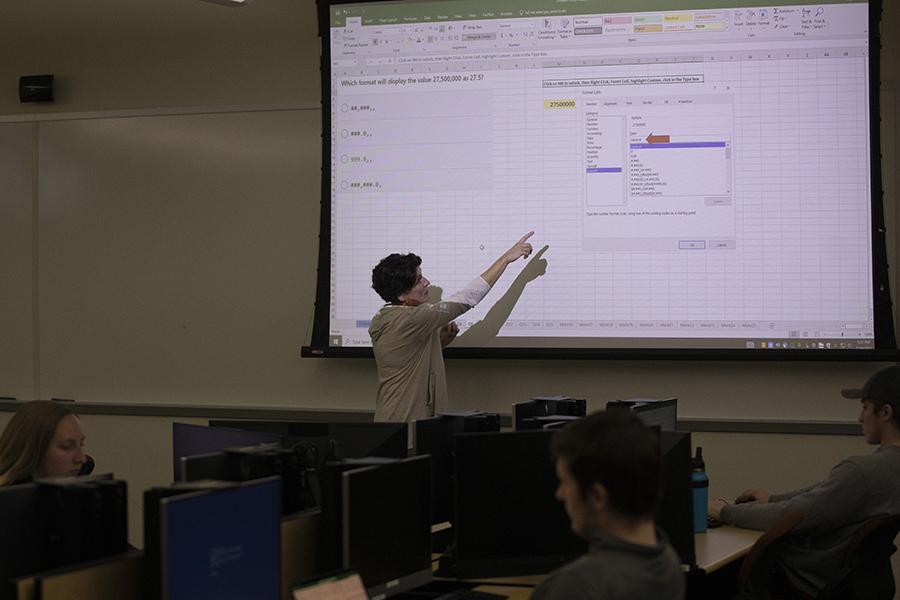 Advisor Linda Amann, lecturer of information technology and supply chain management, points out a feature of Excel during a practice session with the UW-Whitewater Excelerators team. (Photo by Craig Schreiner/UW-Whitewater)

The world cup’s Excel competition is not for the faint of heart — a point Oman and Majors adamantly attested to as they shared how they prepared for the event and endured the obstacles and challenges that arose in each round.

The timed, two-hour competitions are based on simulations. A student participant, for example, might be asked to create and log entries in Excel for mock companies and factor in fixed and variable costs. As rounds progress, more complex variables are added into the mix.

Three hallmarks of any competition — speed, efficiency and accuracy — are fundamentals in the world cup’s Excel competitions.

Members of the Excelerators team practiced during regular group meets, which typically occur weekly during the regular school year, as well as on their own time.

Oman learned of the Excelerators early this fall after seeing posters and other advertisements for club meetings around the UW-Whitewater campus.

“I decided to go to one of the meetings, and I just never stopped,” he said of his initial positive experience. 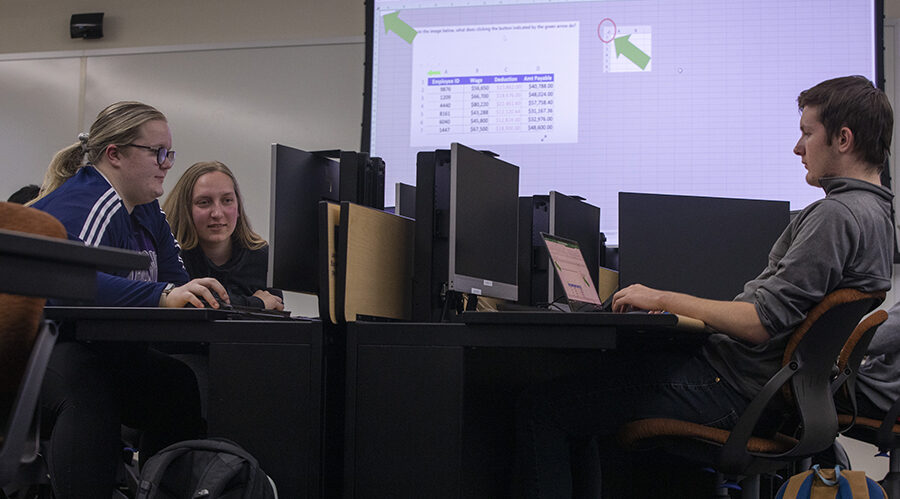 The group, Oman said, helped him achieve one of his own goals.

“I wanted to learn more about Excel, since there wasn’t anything in the classes that teaches you it,” he said. “It’s a big part of the business world. I wanted to get ahead a little bit.”

Speaking to his performance in the two rounds he participated in, Oman said he was pleasantly surprised by the outcome.

“I had a little bit of Excel experience (before the competition), but I basically learned everything in a couple of weeks,” he said.

Majors also is a first-year student in the Excelerators as he rounds out his final year as an undergraduate at UW-Whitewater.

“I quite like Excel. I’m a pretty analytical person,” Majors said. “I enjoy tinkering around with it.”

While he has worked with Excel in a variety of settings, Majors said the solo round he took part in was filled with twists and turns that he found challenging and left a motivation to learn more.

“I was surprised,” he said. “The competition took me off guard with the way the questions were asked. I was glad to hear I did pretty well.”