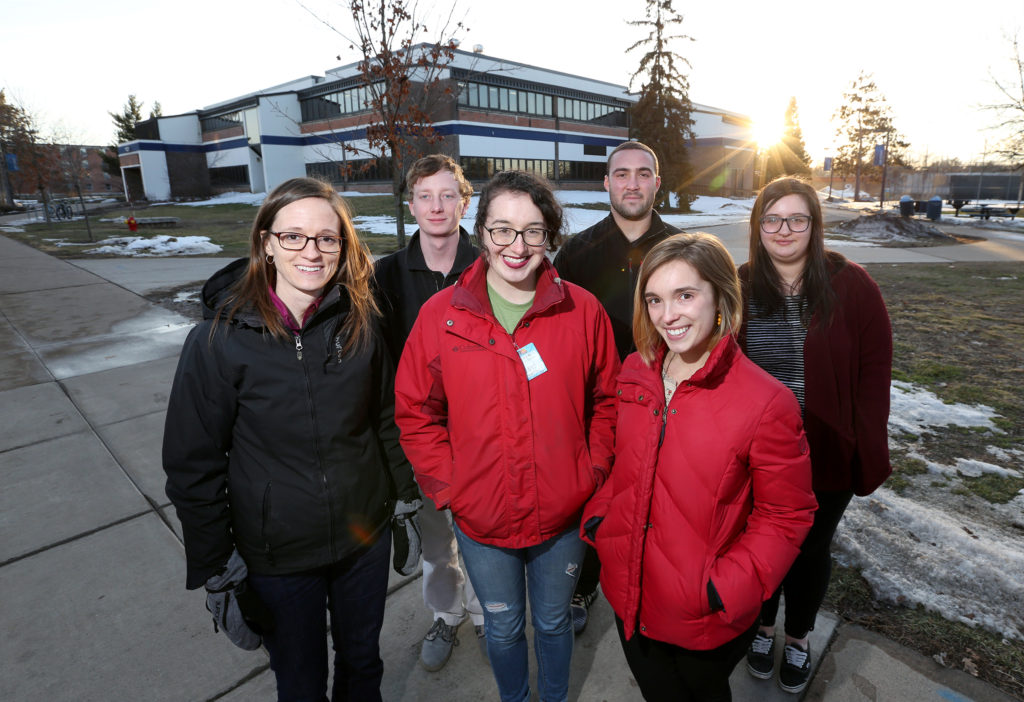 Menomonie, Wis. — Driven by students’ perseverance to build on campus sustainability, University of Wisconsin–Stout will tap the sun to partially power a campus building.

SSA’s Sustainability Council proposed the project after weighing the results of a solar feasibility study by Next Step Energy LLC of Eau Claire that was funded by $5,000 of 2015-16 Green Fee funds. The study explored multiple potential sites for solar panels on campus. The council selected the Merle M. Price Commons rooftop because of future expansion potential and visibility to the campus community and visitors.

“We are purchasing 36 panels, which will yield 10.8 kilowatts of renewable energy. This is a small step, but the roof is eligible to hold 690 panels,” said sophomore Kennedy Crever, of Forest Lake, Minn., Sustainability Council director. “We thought this would be the best place to start because the roof is suited for expansion. Also, out of all feasible site options for installation, this one gives us the most energy for our money. Most importantly, this project is a historical mark that benefits both campus and community members.”

The project aligns with an earlier resolution that SSA passed stating its support for UW-Stout’s Seize the Grid Campaign, led by students who want the campus to use 100 percent renewable energy by 2030.

SSA President Laura Donovan, of Platteville, a senior applied social science major with a concentration in sociology and anthropology, said the solar panel project supports sustainability, a priority of SSA.

“This project is important to the SSA for a couple of reasons,” Donovan said. “First and foremost, it’s an important first step toward reducing our reliance on fossil fuels. Ideally, this project will be expanded in the future. Second, this project can provide insight into energy usage and the importance of energy reduction practices. It can be helpful for formal classroom learning as well as more informal learning. It sets a good example of the potential of solar energy.”

“This is a polytechnic campus,” said Crever, applied social science major with a concentration in sociology and anthropology. “It has a lot of majors like construction, design and environmental science, and this is a tangible, physical way to show shifting energy formats that could be incorporated into teachings. We hope it could help teach a new set of skills.”

The council also hopes the visibility of the panels increases individual environmental awareness.

“We wanted it to provoke thinking like: ‘I can see how this is benefiting the campus; what things in my daily life could help benefit the environment as well?’” Crever said.

The estimated timeline for panel installation is fall 2017.

Solar projects have grown in Wisconsin, fueled by a significant drop in solar prices during the past five years. Last year was the state solar industry’s most active year of development, with newly installed projects more than doubling the state’s production, according to the Milwaukee Journal Sentinel.