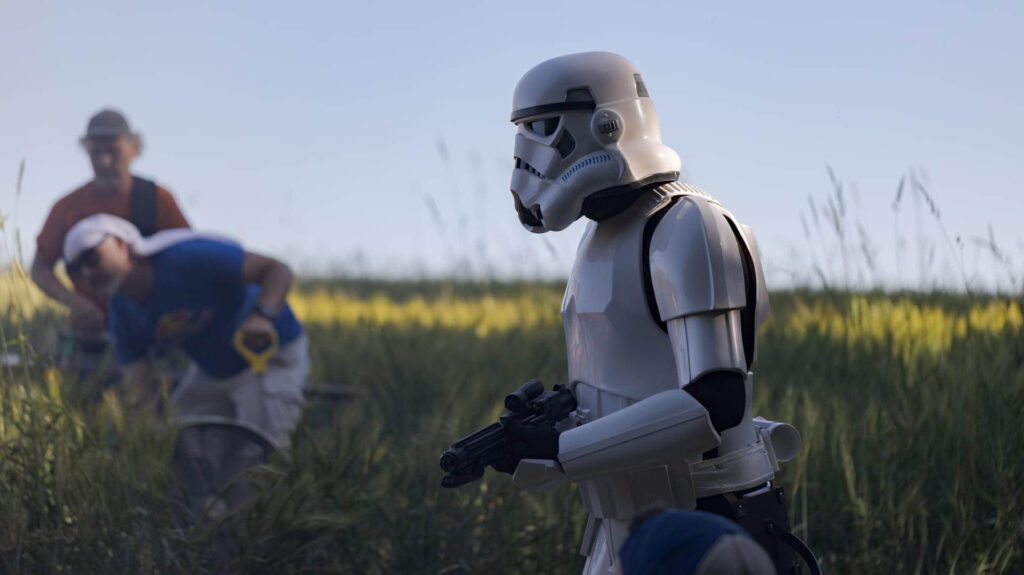 A storm trooper being filmed during “The Legend of Lex Zander,” a Make-A-Wish Foundation of Minnesota film that includes animation made by UW-Stout students. Photo courtesy Kari Jo Skogquist

The students helped animate a portion of a “Star Wars” fan film “The Legend of Lex Zander” starring Alexander Knutson, 14, and his family.

Knutson, of Lino Lakes, was diagnosed with leukemia at age eight and was granted a wish through the Make-A-Wish Foundation of Minnesota. His wish was to play a character of a Star Wars fan film. The Star Wars fan also helped write the film with producer and scriptwriter Troy LaFaye of West St. Paul.

Sami Reid, who graduated in August with a degree in entertainment design animation, was the director of animation for the project and is still working to finish up some of the animation for the short film, which is expected to premiere in January. The cooperative internship through Career Services ran from June through the end of August.

The animation is part of a flashback during the short film. 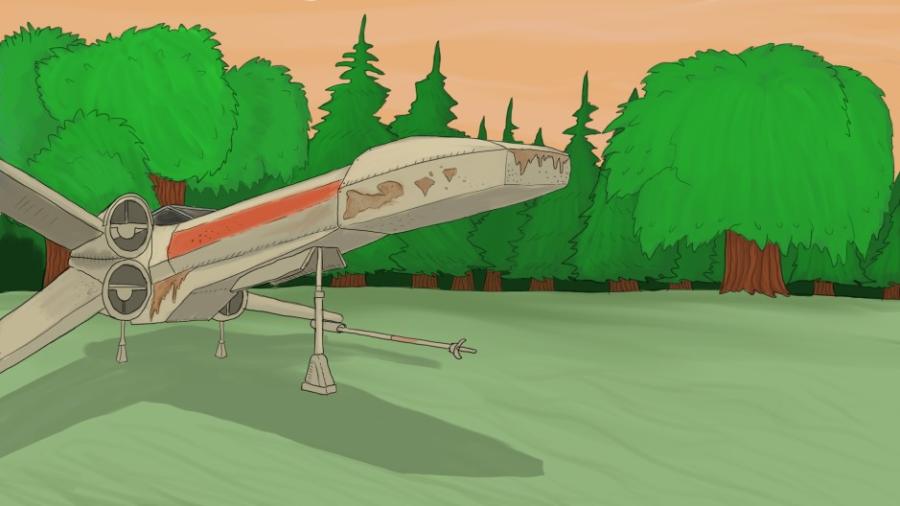 “It is 2D animation,” said Reid, of Waunakee. “It’s drawn and not computer-generated. It was a new experience. I have never directed animation before. It was our job to take the script and interpret it into pictures.”

The 12- to 15-minute film will have about 3½ minutes of animation. The exact details of the storyline are being kept a secret until the premiere.

“It is kind of about who Alexander’s character is in the Star Wars universe,” LaFaye said. “The story is about what version of his origin story is true.”

For Reid, being a part of the animation team has been a learning experience.

“I had to learn how to manage a group of people and how to work with each person’s schedule and break down the work to accommodate people’s strengths,” Reid said. “We had a lot of freedom. I loved being able to make the project and interpret it. You know you are working together, and you can ask each other for help. It’s fun seeing the storyboards and then the characters move, and the animation scenes come together.”

Most of the animation was done by team members remotely. Reid, however, was able to meet Knutson and his family. 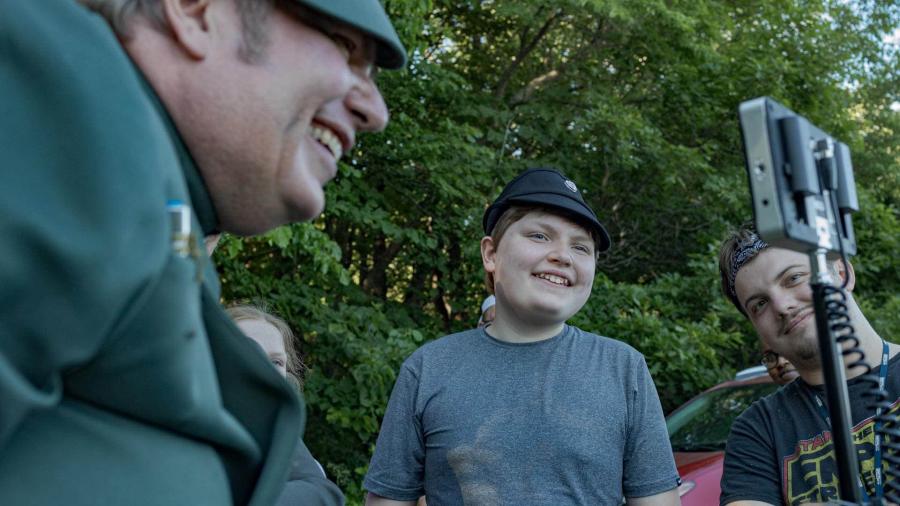 Alexander Knutson, at center, made the wish to be part of a Star Wars-themed movie. / Photo courtesy Kari Jo Skogquist

Making a wish come true made members of the animation team work harder because they wanted to make a great film for the Make-A-Wish Foundation and Knutson, Reid said.

Eventually, Reid wants to make children’s entertainment. “I’ve always loved children’s shows,” she said. “They have this quality about them. It’s fun and light but they can have deep, serious topics that are brought up in a child-friendly way. You can make a TV show that is good for children to watch but also engaging for those watching with the children.”

Based on Star Wars animated film from the 1970s

UW-Stout Assistant Professor in the design department Michael Heagle, who is the program director of B.S. in video production, said the film’s plot is about a new Imperial recruit who is hazed mercilessly by his more experienced stormtrooper co-workers.

“What they wanted was something that looked and felt like the animated section of the Star Wars Holiday Special from 1978,” Heagle said. “It was very much in the spirit of TV specials from that time period. Sami Reid created a style guide to help capture the look. The backgrounds look cool and have a quality that looks and feels groovy.” 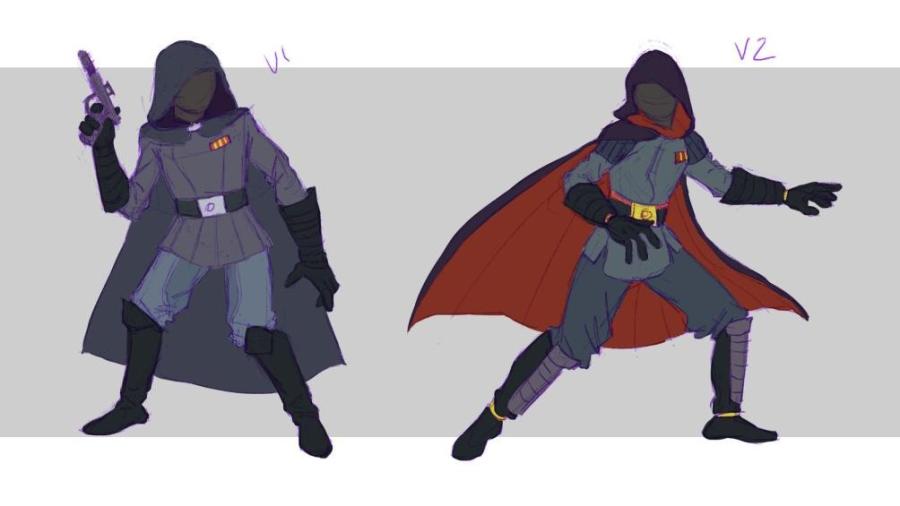 The experience provided an opportunity for entertainment design students to diversify and work in animation, Heagle said.

“They and their supervisors reported enthusiastic application and growth of both hard and soft skills,” Loken said. “It’s an affirmation of our curriculum and a distinct addition to students’ portfolios and resumes. We’re also pleased that it is setting a precedent for community service – helping students understand when and why creative freelance work should be compensated or pro bono.” 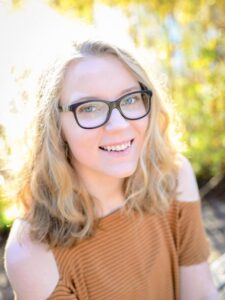 UW-Stout senior Erin Hiller, an entertainment design animation major, said she learned a lot during the field experience. Her Animation Production class gave her a great foundation for the project.

“My favorite part was seeing what everyone else was working on and over time to see the project come together,” said Hiller, of Inver Grove Heights, Minn. “It definitely pulled me out of my comfort zone. It helped build up my skills. Based on the character designs I’ve seen and the backgrounds, it’s going to be pretty cool. I think it is going to be something to behold at the end of it all.”

Being part of a wish made the project even more special, Hiller said. “This was his dream. We wanted to put our best foot forward,” she said. “It was really heartwarming to be a part of.”

Being a part of the film has been amazing, LaFaye said. “It was the hardest project I have ever done in terms of the scope of the project versus the resources we had.” 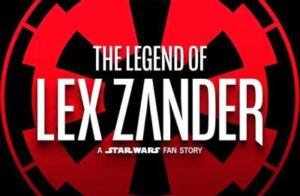 One of the logos for the film. / Image courtesy of Maxwell KIlsdonk

Making Knutson’s dream come true has been a dream for crew members to work on a Star Wars-themed film, LaFaye said, particularly those who are of the first Star Wars generation of fans.

“I probably won’t get the opportunity to work on a Star Wars movie, so this is the closest I will get,” LaFaye said.

He was impressed working with the UW-Stout students.

“They did a great job; it was professional and funny. I really enjoyed what they did. I would watch the show if it was on TV. We had the opportunity to give students a lot of creativity with what they wanted to come up with.”