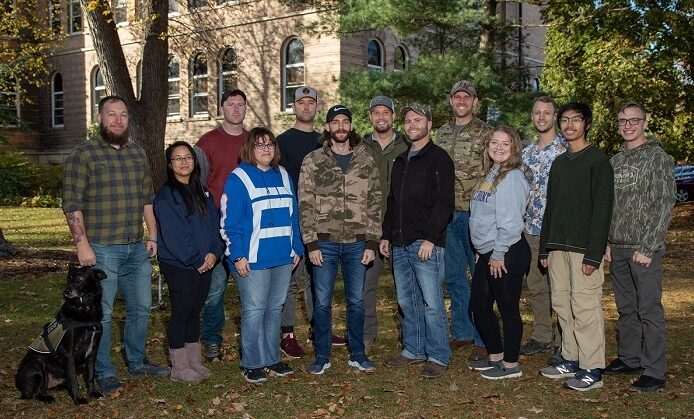 For U.S. Army veteran and University of Wisconsin-Stevens Point senior Julian Phan and other veterans on campus, the university’s Veterans Club office in the Dreyfus University Center is a safe zone.

“When we are there, we can joke, we can vent, we can be real with each other,” he said. “I’m grateful that Point has given veterans a permanent space to be around people we know.” 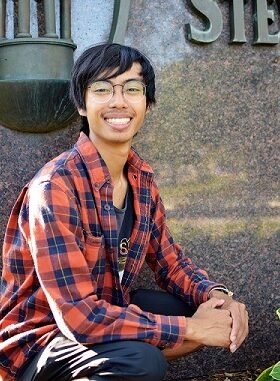 A senior from Rochester, Minn., Phan has appreciated having the support of the UW-Stevens Point Veterans Club and Veteran Services Office as he earns his degree in natural resource management. He will graduate Dec. 11 and hopes to work for a federal natural resource agency in the northwest.

Throughout his life, Phan heard about his dad’s experiences in the army and traveling overseas and wanted those same opportunities. When he graduated from high school, he didn’t feel ready for college but was eager for new experiences.

“Being stationed in Alaska was very much an adventure,” he said of his more than three years as a communication specialist at the Fort Wainwright Army Base in Fairbanks as part of the 25th Infantry Division. He also served a few months at Camp Casey in Korea. At the end of his service, he decided to study natural resources.

“Growing up, I was always outdoors, and in high school I took environmental classes that solidified my interests,” he said. “My work in Alaska gave me a realistic idea of what it would be like to work in all aspects of natural resources and its impact on the economy.”

It’s not always easy for student veterans to adjust from a military life to the classroom, Phan said. His first year in school at another institution was not the right fit, so he transferred to UW-Stevens Point for his sophomore year. Phan found Stevens Point to be an active, friendly and outdoorsy community.

“I had friends that recommended UW-Stevens Point’s natural resources program to me,” he said. “I have had great professors and specialized classes you find at larger institutions. Everyone here is passionate about their field.”

He also found the support of Veteran Services and then coordinator, Ann Whipp before he even began his classes. An expert on what he would need to collect Veterans Affairs benefits, Whipp gave Phan a great start to his Pointer experience, he said.

“She knew everything I needed,” he said. “I really appreciated how closely she worked with all veterans.”

Melanie Cychosz took on the role of coordinator in June 2021, after Whipp’s retirement.

“My most important job is to make veterans feel appreciated and welcome,” she said. “These are mostly non-traditional students, so we want them to feel at home on campus.” Having a Veterans Club and dedicated Veteran Services Office and coordinator are among the reasons UW-Stevens Point has continuously been named a VIQTORY Military Friendly School.

“Educating veterans is an important part of our mission at UW-Stevens Point,” said Chancellor Thomas Gibson. “UW-Stevens Point is proud to serve our more than 300 student veterans. We value the diversity, global perspectives and leadership that they bring to our campus and classrooms.”

As Veterans Day approaches, Phan hopes that people acknowledge and appreciate that, as in any job, every veteran has had a different experience that could have been good or bad. “We volunteered to serve, and we all did it for different reasons,” he said. “Appreciate that we have that choice.”

Current or potential UW-Stevens Point students can learn more about the Veterans Club or support through Veteran Services at www.uwsp.edu/finaid/veteran-services or by calling Cychosz at 715-346-4771.