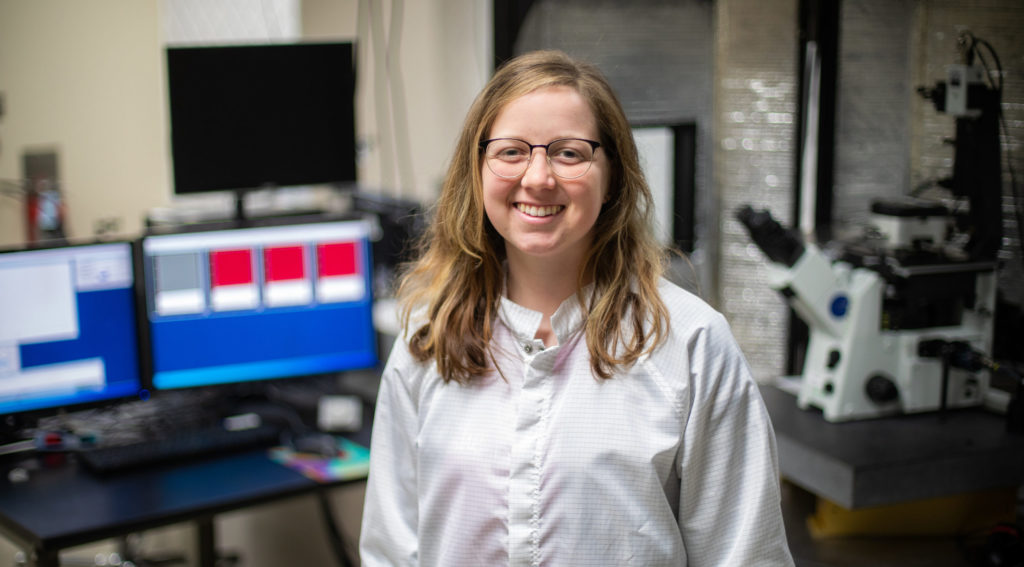 When classes are in session, University of Wisconsin-Platteville senior Kayla Golden usually finds herself busy, whether it’s with her electrical engineering coursework or conducting research on the latest transistor technology. So, when the university made the recent decision to extend spring break for a week, as a result of the COVID-19 pandemic, Golden found herself with two weeks of free time and a strong desire to help in some way. In a span of only five days, she created the Platteville-area Mutual Aid and Collective Care Network – a support network for Platteville-area residents during the COVID-19 pandemic.

“I have trouble sitting still, and with two weeks of spring break, I needed something to do,” said Golden, who is from Muskego, Wisconsin. “I wanted to figure out how I could help mitigate this in any way. My idea started because I was listening to podcasts, and people were discussing ways to help out. Getting involved in a mutual aid organization in the community, or setting one up if it didn’t already exist, was one of the ideas. I reached out to a handful of professors and talked to city council members, and found that we didn’t have anything in the Platteville area. So, I decided to set one up myself.”

Golden spent two days researching similar networks in other cities for ideas and best practices, and started building her website the next day. The network currently consists of a form for residents to request support – such as help picking up groceries or prescriptions – a sign up for volunteers, and a mechanism for creating pods and identifying a pod point person. The idea of pods, Golden explained, is to set up clusters of neighbors – between 10 to 30 in each “pod” – who can check in on each other via phone or email. A pod point person is in charge of checking in on their pod and communicating with other pod point people in the city.

“The pods are important because we need to be able to reach those people who are isolated and might not have access to social media or the internet,” said Golden. “I want to encourage people to reach out to their neighbors – but while being careful to practice social distancing.”

Golden said she has flier templates that can be used to put on neighbors’ doors to organize a pod. After recently distributing some of these fliers herself, Golden already received contact from neighbors who were thankful to join her pod.

Through the help of city council members, Golden was put in touch with local church leaders, Southwest Health representatives, and the Platteville Senior Center and PEAK Program, to help publicize the network. With the website live less than a week, Golden already received one request for assistance, 20 volunteers and four other people willing to serve as pod point people. Several of the volunteers agreed to help with the overall coordination of the network so that when the volume of requests increase, and classes resume for Golden, all of the work doesn’t fall solely on her.

For more information about the Platteville-area Mutual Aid and Collective Care Network, visit https://sites.google.com/view/platt-covid19-collectivecare. Golden encourages anyone who has ideas of resources to add to the network to reach out to her at goldenk@uwplatt.edu.