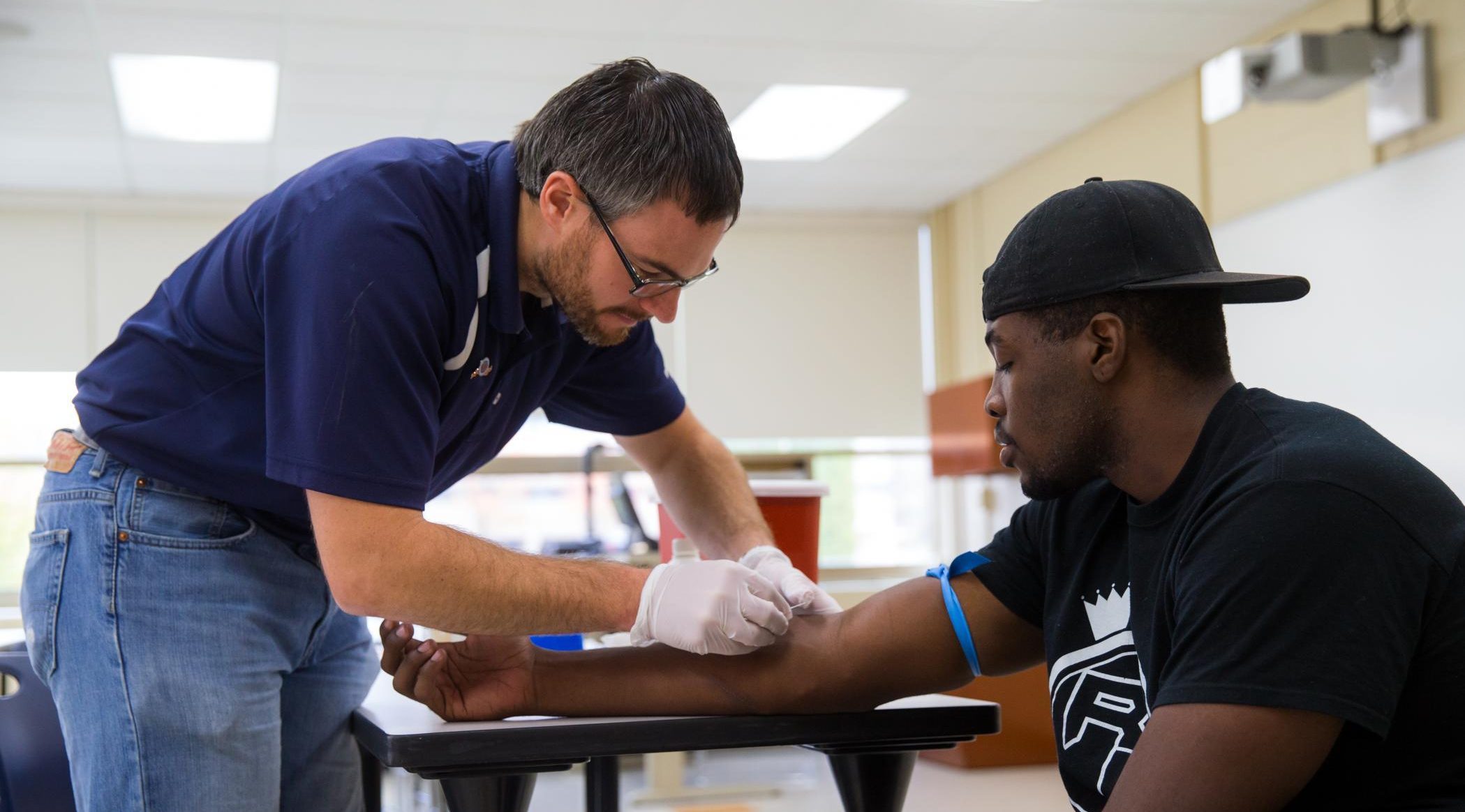 Dr. Matthew Rogatzki draws the blood from the football player prior to a JV game for analysis of biomarkers.

PLATTEVILLE, Wis. — Concussion research recently conducted by Dr. Matthew Rogatzki, assistant professor of health and human performance at the University of Wisconsin-Platteville, and his research team suggests something that may be surprising – that playing football in the absence of concussion injury is no more dangerous to the brain than any other sport. A manuscript describing the results of the study, “Biomarkers of brain injury following an American football game: A pilot study,” was recently accepted for publication in the International Journal of Immunopathology and Pharmacology.

In the study, Rogatzki and a team of researchers measured two biomarkers of brain injury in blood serum before and after a UW-Platteville junior varsity football game. The biomarkers were measured to determine if brain injury occurs when football players experience subconcussive impacts – head impacts not large enough to cause a concussion injury – during a football game.

The research showed that serum biomarkers of brain injury increase following a football game, even in players not experiencing concussive injury, which is what the research group was expecting to see. Rogatzki said it was surprising, however, that the increase in biomarker levels was not any different than seen in other contact and non-contact sports, such as running, swimming or playing basketball. In addition, the biomarker levels were much lower than those found after boxing and karate matches.

“Although much more research must be conducted to confirm and validate these findings, this specific study suggests that playing football in the absence of concussion injury is no more dangerous to the brain than any other sport,” said Rogatzki. “This may be good news for football players and enthusiasts. I must stress, however, that more research needs to be done before any conclusive statement can be made.”

“This research is important because there is growing concern that accumulative head injuries sustained during football games may lead to permanent cognitive impairment later on in life,” said Rogatzki. “This impairment is typically manifested as Chronic Traumatic Encephalopathy and is thought to be caused by repeated concussion injury. However, recent research suggests that repeated subconcussive impacts over many years may lead to CTE as well. Linking subconcussive impacts to CTE suggests that small ‘normal’ impacts experienced by football players may be causing undetected brain damage. Our research was conducted in hopes of better understanding these types of impacts and how they affect the brain.”

Data for the study was collected in fall 2015 after Rogatzki obtained approval from Mike Emendorfer, head football coach at UW-Platteville. The first draft of the manuscript was completed in January 2016 and submitted for publication. The first submission was rejected due to a lack of subject numbers and the data only coming from one game during the season. The submission was rewritten and submitted to the International Journal of Immunopathology and Pharmacology, where it was accepted for publication in July, following two rounds of revisions suggested by three different scientific reviewers. Rogatzki noted that the series of events leading up to publication is commonplace when publishing scientific research.

“Getting published in a peer-reviewed journal is of utmost importance to me as a researcher,” said Rogatzki. “Publication shows that other scientists within the field respect and support the research.”

Rogatzki said the research work helped prepare the students for their future careers by helping them understand the scientific method, the amount of dedication and time it takes to conduct research, and if graduate school and research is a career path they are interested in.

To read an online version of the article, go to:

Rogatzki is currently working with an undergraduate researcher to determine if one biomarker of brain injury increases as a result of exercise. This study will help determine if the biomarker in question increases as a result of brain injury or simply exercise itself. He also is preparing to test the ability of biomarkers to diagnose concussion injury on the UW-Platteville football team this fall.

For more information about Rogatzki’s concussion research, go to: https://www.uwplatt.edu/news/rogatzki-conducts-game-changing-concussion-research. 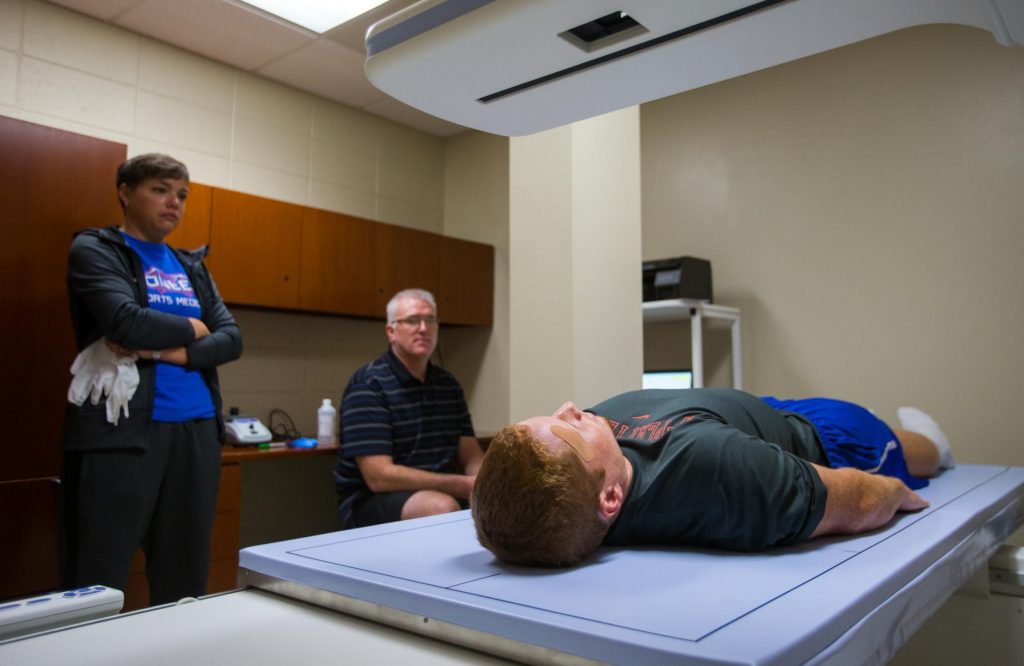