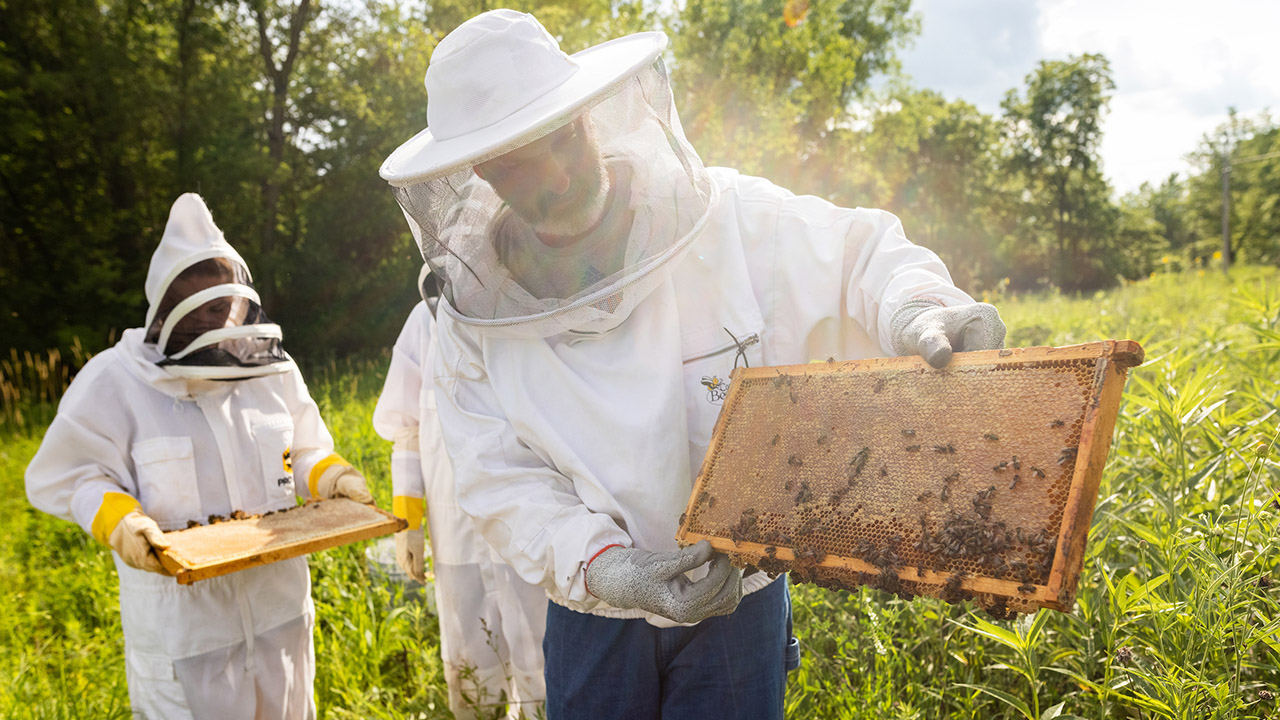 The beekeeping season is underway, and the University of Wisconsin-Platteville Bee Squad is ready to observe honeybees and native pollinators across campus. The Bee Squad, which consists of nearly a half dozen students, is advised by  Dr. Becky Doyle-Morin and Dr. Jeffrey Huebschman, both professors of biology. The club, which formed nearly five years ago, constructed the pollinator “P” on campus and the honeybee hive.

“Nobody does it better than the bees,” she said. “Bees pollinate native plants and agricultural crops. Honeybees do a lot with almonds and apples. Bumblebees are so important to native plants. They’re specialized in which flowers they can forage. Bees have an important relationship with the spring perennials because the flowers give them life; without bumblebees, spring flowers wouldn’t get pollinated.”

According to Doyle-Morin, there is a whole community of native pollinators outside of bees, including ants, wasps and bats.

“Honeybees are an overlay that we bring in to boost pollination,” she said. “They play an important role of moving plants forward in the landscape, in terms of their lifecycles and giving us the products we use today.”

“[Honeybees] are not generally foraging on a diversity of things at once,” added Huebschman. “They will switch it around. That’s where the native pollinators are important. They are hitting a variety of stuff and honeybees tend to focus on one thing, in terms of their foraging dynamics.”

The busiest season for the Bee Squad is in the summer months when they go out and check the hives which are located both on and off campus. This past fall, the club extracted honey from the hives.

As bees play a crucial role in the environment, there have been a decline of bees across the U.S. in recent years. To help save the bees, Padour notes there are small things people can do to help protect the important insects.

“There is ‘No Mow May,’ don’t mow your lawn in May because of the dandelions,” she said. “Community members can leave brush piles in their yards for a winter habitat for native pollinators.”

Other ideas include growing native gardens and grasses along with reducing pesticide use.

“There are beautiful native plants, but they’re not always the first ones we buy for bedding flowers,” said Doyle-Morin. “Organic gardening is great for pollinators. They are able to take advantage of their habitat. Naturally is the best-case scenario.”

Huebschman encourages everyone to pay attention to the native pollinators and notice the diversity of species. He notes, the flight season for bees starts in late spring and goes into the fall months.

“If there are students on campus during the summer who are interested in the Bee Squad, it’s a really good time to reach out to us,” said Huebschman.

Doyle-Morin echoed the sentiment, “We are always happy to have more people on the Bee Squad.” 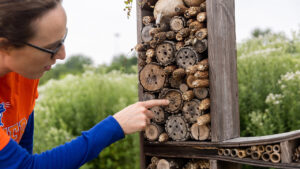 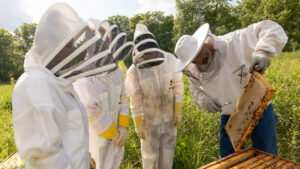 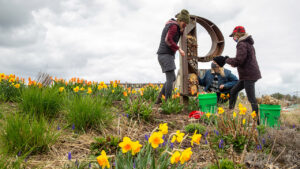