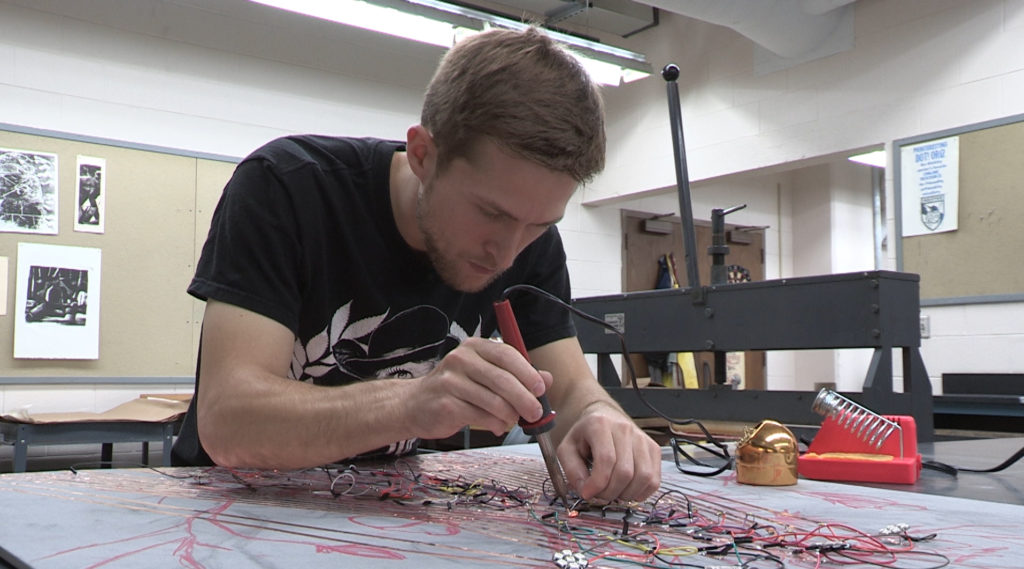 Nick Pierson works on artwork that shows his prowess as both an artist and a coder.

There is typically a significant distinction between fine artists and computer programmers, but University of Wisconsin Oshkosh fine arts major Nick Pierson, of Appleton, counts himself among both of these groups.

Funded by a grant from the UW Oshkosh Office of Student Research and Creative Activity, Pierson has created a piece of artwork that shows his prowess as both an artist and a coder.

“I’ve always wanted to incorporate electronics with traditional (artistic) techniques,” Pierson said, “not only in design, but in studio.” 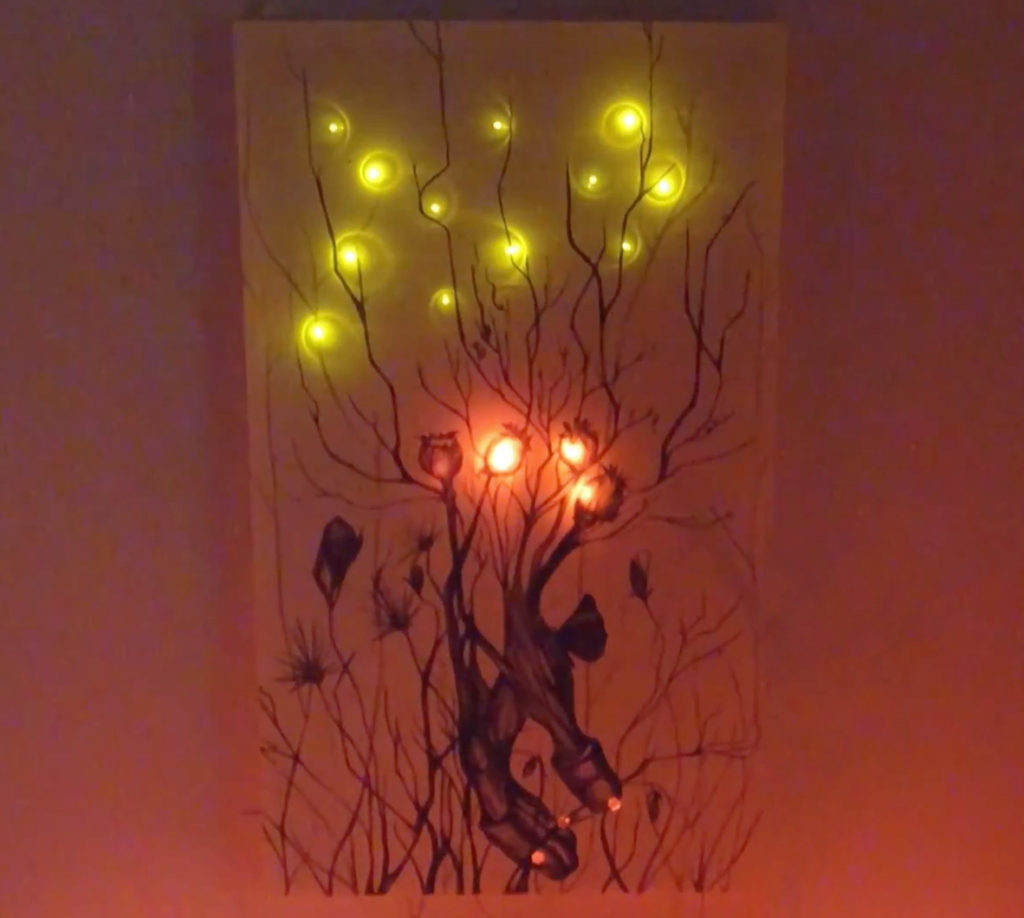 The piece of artwork that UW-Oshkosh student Nick Pierson created showing his prowess as both an artist and a coder.

With materials funded by his grant from OSRCA, Pierson embedded a number of LEDs into the canvas of an existing painting by another UW Oshkosh student. In the studio, the LEDs flash and pulse to illuminate the artwork in colorful dancing light.

In addition to the unusual juxtaposition of technology and fine art, Pierson’s piece has an added twist: the viewer can interact with the piece using a controller that triggers even more LEDs to move light throughout the canvas.

Pierson said the purpose of the piece is to encourage a collaboration between the art and the person viewing it.

“I want each person to feel differently about the way that the piece is interacting with them personally,” Pierson said.