UW-La Crosse team studies how to improve communication, connection between teachers and parents of students with disabilities 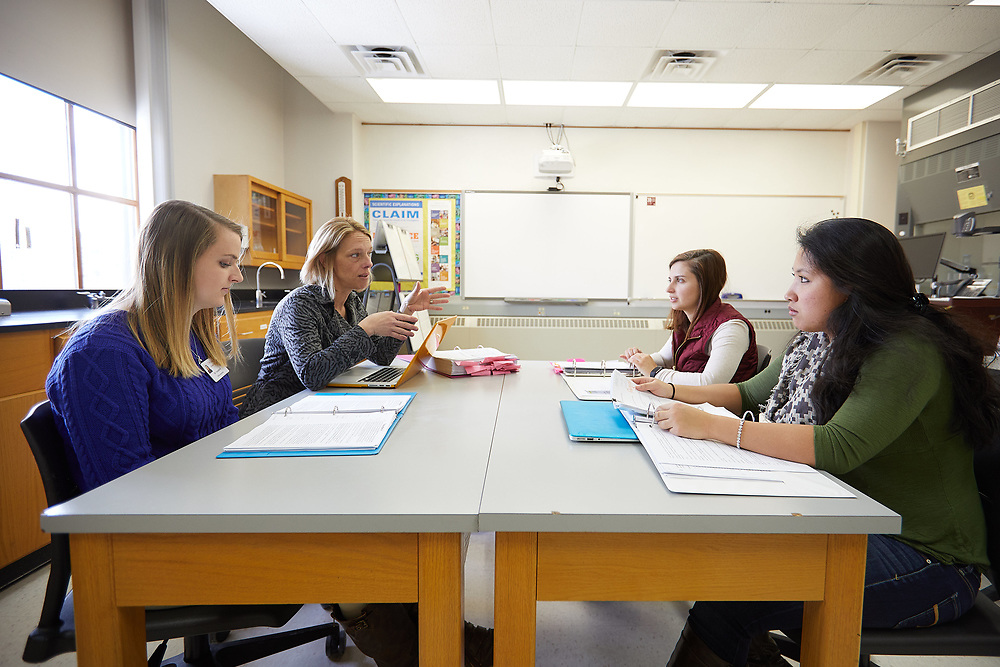 UW-La Crosse (UWL)  students are making a big impact in our local community and beyond.

“I worked closely with parents,” she says reflecting on the job during her sophomore year in college. “Parents felt that sometimes communication was going well with teachers, but sometimes it was not.” 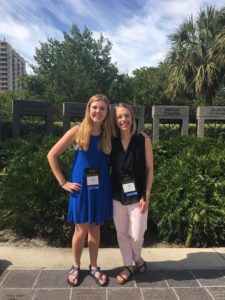 Alyssa Nelson, a UWL education major and special education minor, left, did her student teaching in the spring semester. She presented at the National Conference on Undergraduate Research in early April. Nelson has already presented with faculty member Leslie Rogers, right, at two other national conferences.

Nelson graduated with an education degree in May. She’s thinking a lot about steps she can take to be a teacher who develops strong partnerships with parents. Her ideas on how to do that come from UWL research she is helping conduct.

Nelson was part of a UWL undergraduate research team working to improve partnerships between parents of students with disabilities and their teachers. The five-year longitudinal study is led by UWL faculty members, Leslie Rogers, Educational Studies, and Jennifer Butler Modaff, Communication Studies. Their goal is knock down barriers and to facilitate better communication.

The initial findings from this work were presented by Nelson at the National Conference on Undergraduate Research, or NCUR, April 4-7, at the University of Central Oklahoma. Nelson was the first teacher education undergraduate student to ever present at this conference. “This is a rare opportunity for undergraduate students across the U.S. and Nelson’s acceptance is extremely noteworthy,” shared Dr. Rogers, Nelson’s advisor. “Ally’s passion and talents are what we hope to cultivate and grow at UW-L. It has been an incredible privilege to mentor her as she has worked to investigate and share these important findings.”

Questions about how to improve the experience of students with disabilities in pre-K-12 general education classrooms has been on the minds of educators for decades. In 1975 the Education for All Handicapped Children Act (EHCA, now referred to as the Individuals with Disabilities Improvement Education Act or IDEA) became law, making it mandatory that students with disabilities receive services “in the least restrictive environment” — meaning when possible alongside other students in general education classrooms. A key factor to ensure successful outcomes for all students is the successful partnership with parents (or caretakers), who are the consistent support and resource throughout a child’s schooling, says Rogers. Unfortunately, research has found that parents of students with disabilities are often not provided with the opportunity to make meaningful contributions and there is often a breakdown in communication between parents and teachers, says Rogers.

However, one of the primary findings from surveys and interviews so far is that both parents and teachers want this partnership, says Nelson. 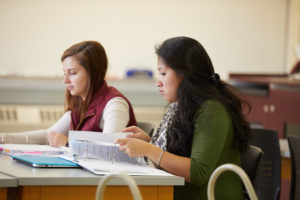 UWL student researcher Jaycelin Chan, right, became interested in the research project after taking a course with Leslie Rogers where the class interviewed teachers and parents of students with disabilities. After helping transcribe notes, she was intrigued by thoughts from both parents and teachers about communication and collaboration in the classroom.

The research team has collected information and is deciding what interventions should look like to improve that partnership.

Even though those interventions aren’t clear yet, students are learning from the process. UWL student researcher Jaycelin Chan has learned that one can never have too much practice communicating with others and not everything will be black and white. “We need to be willing to see the gray area that lies between both sides,” she says.

Nelson conducted four interviews with parents this school year, and transcribed five out of 24 interviews completed as part of the larger study. Nelson also helped analyze the 350 survey responses. She says her involvement has helped improve her confidence in talking with parents and helped her reflect on how she’ll communicate with parents of her future students. Little things like asking what type of communication caretakers prefer — phone or email — and letting them know about positive news about their child, in addition to the behavior issues, are steps that were important to parents she interviewed.

Rogers says motivation for the project comes from giving UWL students undergraduate research experience. “When students know they are participating in something meaningful, their ability to retain information and apply it to situations improves,” she says.

Chan, who is interested in teaching middle school, says this research will be important wherever she ends up starting her career.

“I believe that collaboration and communication are some of the most important skills I could learn to become a better teacher,” she says.

“I want to make sure that when I have my own classroom that I am not only able to meet the needs of my students, but also to provide support for their families as well. Families and teachers are a team when it comes to supporting the child.” – Jaycelin Chan, education major and special education minor.