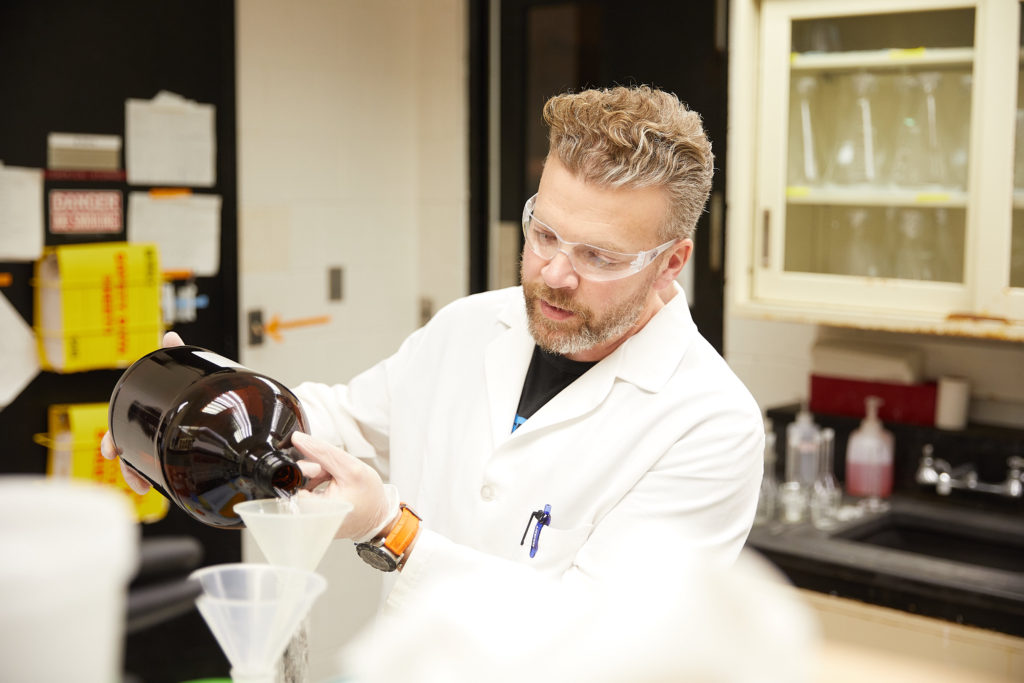 UW-La Crosse December 2017 graduate and U.S. Geological Survey (USGS) Biologist Nick Schloesser worked at USGS as an undergraduate student. He began a full-time career at USGS after his 2008 graduation and continued while earning his UWL master’s degree in biology. Through a “career pathways” position, he was able to build his master’s thesis around a project that would be important to protecting the Great Lakes ecosystem and its fisheries.

Sea lamprey have a nasty bite. This blood-sucking parasite could kill more than 100 million pounds of Great Lakes fish annually if left unchecked, according to the Great Lakes Fishery Commission.

“If we didn’t have controls, we wouldn’t have a fishery to speak of — recreational, commercial or tribal,” says Marc Gaden, communications director for the Great Lakes Fishery Commission. “Beyond that effect, they would destroy the ecosystem from the top down.”

Nick Schloesser, a recent UW-La Crosse graduate who is also a U.S. Geological Surveybiologist, is adding to the body of knowledge to protect the world’s largest collective body of fresh water from the bitter bite of the lamprey. He shared his finds related to using Environmental DNA monitoring to help control populations of lamprey in December as part of his UWL master’s thesis project.

“This (eDNA monitoring) is certainly state-of-the-art and something the fishery commission is interested in,” says Gaden. It could save money and time in assessing streams and rivers to determine where to control lamprey, he adds.

The sea lamprey, an invasive species, entered the Great Lakes in the early 1920s. Its toll was so high on specific species of fish that, by the late 1950s, it was a major factor in the collapse of the Great Lakes fishery. Since then, the U.S. and Canada have partnered to find solutions, forming the Great Lakes Fishery Commission in 1955. Today the commission reports successfully reducing the sea lamprey population by 90 percent in most areas of the Great Lakes. Yet control requires constant tweaking, says Randy Hines, U.S. Geological Survey wildlife biologist.

Wildlife managers have used many techniques to control sea lamprey from toxic chemicals to barrier dams. However, lamprey are still an economic and ecological concern that costs millions of dollars to fisheries every year in loss of large Great Lakes fish and eradication efforts. Wisely spending budget dollars on eradication depends largely on aiming these controls effectively. 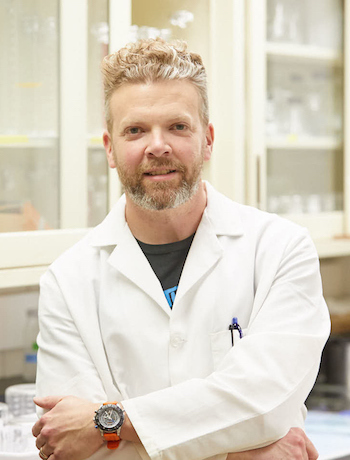 Nick Schloesser came to UWL after a career in graphic design. His love of the outdoors attracted him to biology, which he pursued despite being convinced at a young age that he’d never be “a natural at math.” Schloesser struggled at times with college courses in math and science, but he didn’t give up and sought help from faculty. “I feel like I don’t have to be gifted at something to be good at it — I just have to put forth the effort,” he says.

Schloesser’s master’s project leveraged his experience as a UWL graduate research student with experience working at USGS. His graduate thesis project aimed to provide more guidance in determining the location of sea lampreys to save budgets and time.

To control sea lamprey, Canadian and U.S. Fish and Wildlife Service biologists begin by assessing tributaries to determine which ones contain larval sea lampreys. Lamprey are constantly sloughing off cells from their bodies, leaving remnants of DNA — called Environmental DNA — in river or stream sediment, says Schloesser. Through his UWL research, he found Environmental DNA monitoring could potentially be one more tool to determine the concentration of lamprey in a particular stream.

Schloesser’s finds could save time, money and effort as the typical method for monitoring sea lamprey is physical monitoring, says Hines. “eDNA allows for that rapid screening — doing more waters, more efficiently,” says Hines. “It definitely serves a big need from a national and international perspective.”

Hines says the collaboration brings strength to their team of scientists through professional interactions with UWL faculty. It also helps them attract talent as many of UWL’s undergraduate and graduate students transition into full-time work at USGS.

Both Hines and Roger Haro, UWL’s interim associate dean for the College of Science and Health, say the partnership allows them to share resources and help students find links between classroom work and real-world science. Students who gain experience working with USGS scientists often move into careers as leaders in the scientific community at the state and federal level, says Haro. And many of those scientists stay connected to UWL, becoming resources and even serving on the university’s graduate committees, he adds.