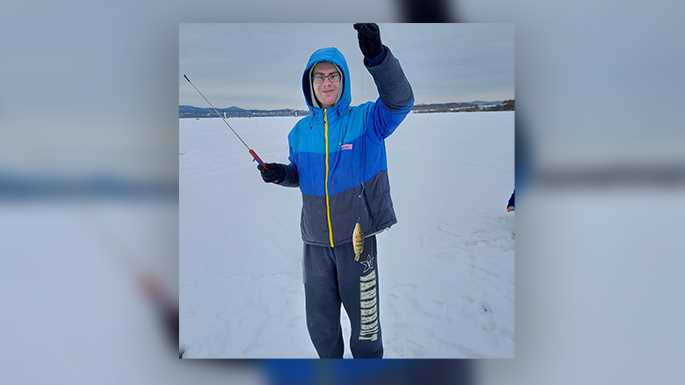 They were fishing for more than fish. And they didn’t let their lack of catching many spoil their fun.

The brothers of UW-La Crosse’s Sigma Tau Gamma wanted to do something when they heard their favorite fundraiser for the past 15 years – the Polar Plunge – had become another victim of the pandemic. They still wanted to raise money for Special Olympics.

“I started thinking about alternatives that we could do during the pandemic,” says fraternity member Zach Hanson. “I came up with this idea for the Ice-Fish-a-Thon and ran with it since I knew we could participate in this event because it was outdoor and we could drill holes more than six feet apart.” 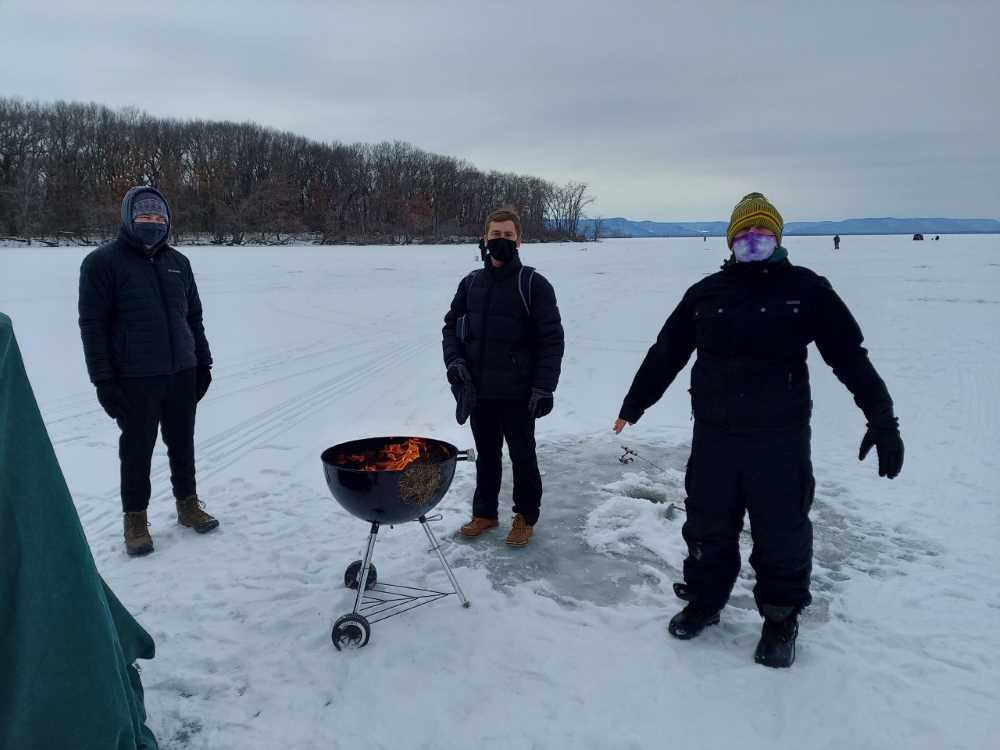 UW-La Crosse Sigma Tau Gamma members, from left, Ryan Langemak, Cade Jallo, and Mike Weisse, take a break from fishing to grill some food. The three, and five others, participated in the group’s first Ice-Fish-A-Thon to raise money for Special Olympics when the in-person Polar Plunge event was altered due to the pandemic.

The result of the day-long event on Lake Onalaska Friday, Jan. 29, was eight chapter members raising $3,610. Social distancing with face masks was maintained, with only one brother allowed in a shanty at a time with 15-minute circulation periods. Local business Island Outdoors provided the brothers with all ice fishing necessities: shanties, auger and bait.

Hanson, a biology major with an aquatic science concentration from Kimberly, Wisconsin, says participants asked friends, family and UWL faculty to support the cause. They received enthusiastic responses along with about $2,000 more for the winter fundraiser than they raised the previous year.

“I am extremely proud of all my brothers and am hopeful that this event can grow in the years to come,” says Hanson. “While fishing was not the best during the event, we were still able to raise an incredible amount of money since many people chose to give one-time donations to support our efforts.” 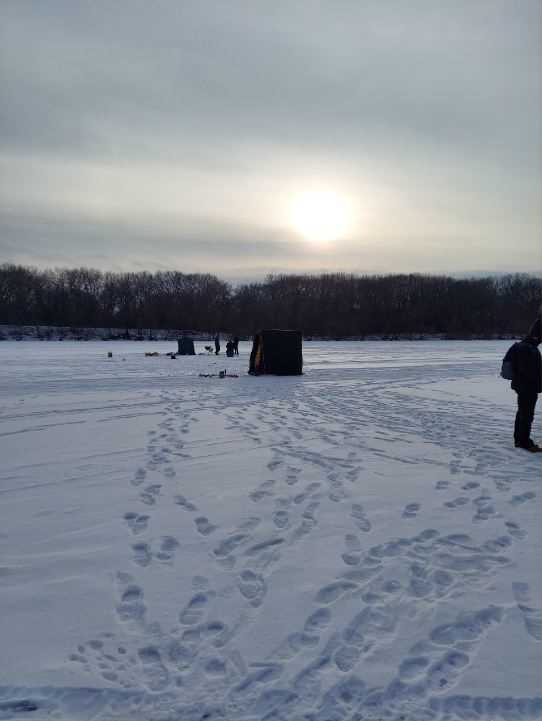 Hanson says the event fits well with Sigma Tau Gamma’s mission “to build generations of noble gentlemen,” which includes living up to six principles, one being citizenship.

“This event highlights our efforts to make our community and our national philanthropy, Special Olympics, better,” he explains.

Hanson says the group came away with several ideas, including one to expand the fundraiser next year, making it a community fundraiser. Chapter members are also considering expanding the event into an ice fishing derby with a pre-fishing picnic including raffles and other activities to raise more money.

“We want to thank everyone who supported our cause,” says Hanson. “This was the first year of this event and it has been awe-inspiring to see how greatly it was received.”