Student volunteers built more than a house on Saturday, October 19. They also developed camaraderie, community connections, and an appreciation for service.

A crew of 15 students from two University of Wisconsin-Baraboo/Sauk County groups – the men’s basketball team and the Rotaract Club – spent the day on a Habitat for Humanity construction site in Prairie du Sac. They learned how to install basement insulation, nail siding, and dig window wells.

“There’s a lot of work that goes into a house,” Rotaract member Allyson Avellana said.

Rotaract is an affiliate of Rotary International, and the UW-BSC chapter is sponsored by the Baraboo Rotary Club. Advisor Claire Reinke said Rotaract has partnered with Habitat for Humanity of Sauk-Columbia Area before, helping with demolition projects and volunteering at the ReStore in Baraboo. Such efforts are part of the campus’ emphasis on service learning.

“It helps them see that we all can come together and help a cause bigger than ourselves,” Reinke said.

Student volunteers received training from project manager Joe Zemanovic and homeowner Andy Fjoser, a former construction worker. A few students, including basketball player Casey Knaup, put their construction industry experience to use. Others learned new skills. “Some of us know what we’re doing, some of us are learning,” Reinke said.

Construction began in August, and Fjoser hopes to move his three children into the 1,000 square-foot home by year’s end. He was on the site investing the “sweat equity” Habitat for Humanity requires. In exchange for low-interest loans and affordable homes, new owners must help with construction.

Fjoser said the students’ efforts are appreciated: “It’s neat to see them come here and help and learn.” 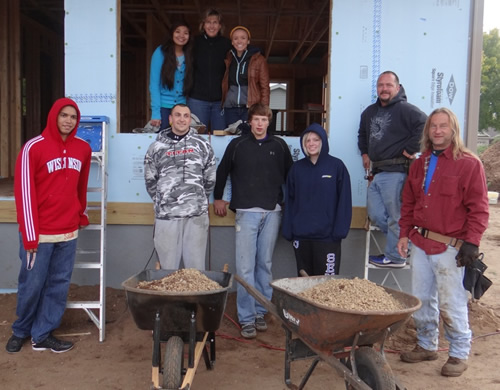 Members of the UW-BSC Rotaract Club and men’s basketball team volunteered with Habitat for Humanity and helped build a new home for a Prairie du Sac family. 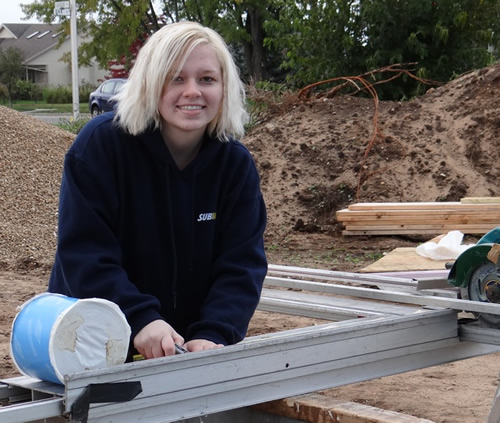 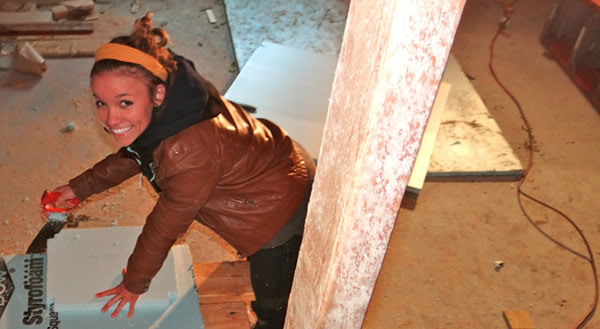