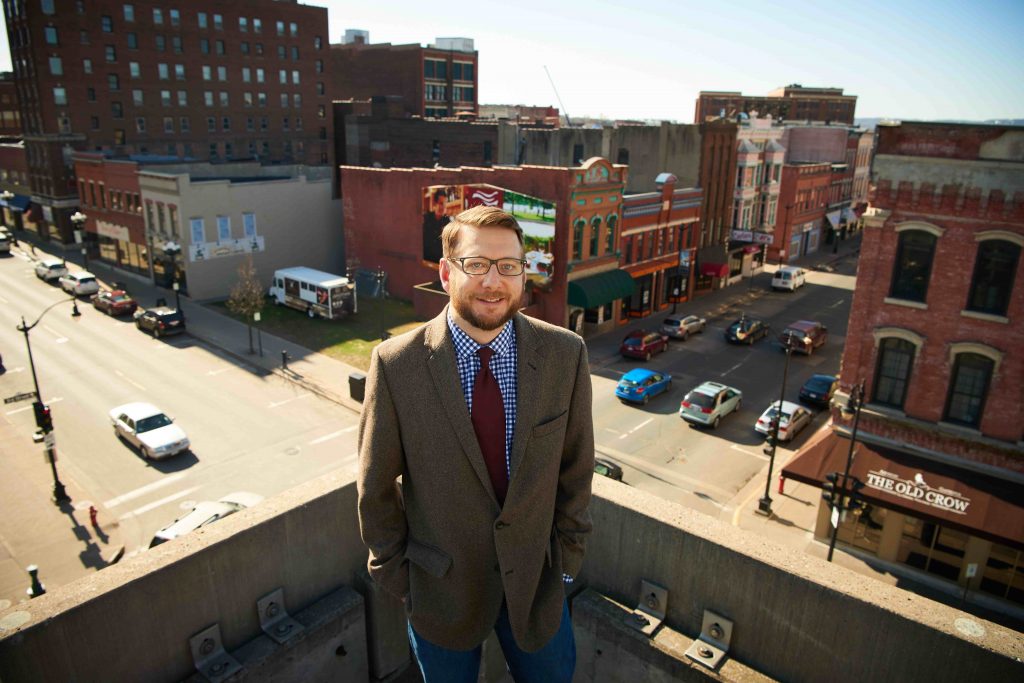 The city of La Crosse commissioned John Kovari, a UW-La Crosse assistant professor of Political Science and Public Administration, to examine potential solutions to the city’s long-term high property tax problem. La Crosse mayor Tim Kabat says the study will be used as a blueprint to move the city forward.

The city of La Crosse is an economic hub for the Western Wisconsin region, yet the majority of people who work in the city don’t live in it.

John Kovari, assistant professor of the university’s Political Science and Public Administration Department, was commissioned to investigate one of the reasons the city’s property taxes are likely higher than surrounding communities — duplication of services between the city and county.

The research, which began in January 2015, found the city could save taxpayers anywhere up to 25 percent on their city property tax bill. Without making any recommendations, the study offered a variety of potential solutions. For example, savings could come from merging certain city and county services, and distributing the costs of some services more equally among all users in the county. They examined areas such as law enforcement, and city libraries and parks.

“This is the Wisconsin Idea coming to life,” says Nick Bezier, who helped with the study after his December 2015 graduation from UWL. “It was about building a university and community partnership, so that both the university and the community can do better.”

While helping the city with a long-term problem, Bezier was learning about public policy research and data collection. He was the legs of the study, analyzing city and county budgets and interviewing program administrators. He also explored models for funding services in other communities across the nation.

These research, communication and analytical skills are things Bezier is using today at law school at UW-Madison, he says. It also gave him an opportunity to continue to work closely with Kovari. “He was a great mentor in general and continues to be throughout law school,” says Bezier.

Kabat turned to UWL because of the university’s strong reputation — particularly students and faculty in the Political Science and Public Administration Department. Kabat says past UWL interns for the city have been talented and well-rounded, and UWL faculty members in the department like Kovari, Joe Heim and Tim Dale have earned a reputation far beyond the university for their political science and public policy expertise.

The researchers explored potential solutions by looking at models from other cities such as Las Vegas where taxpayers pay for one combined law enforcement agency for the city and county. Similarly, 20 percent of La Crosse Public Library users come from surrounding communities, yet only city residents pay for library services. One suggested solution from the study was a merger of library systems so all users would pay an equal rate.

“I’m really excited about how local governments can continue to innovate to deliver city services,” says Kovari. “If I can help out and promote a dialog about these kinds of innovations, I feel like I’ve done my job and it’s very meaningful to me.”

Kabat, a 1988 alumnus of UWL, says they’ll use the report as a blueprint to move forward as the city continues to work to make La Crosse a more attractive place to live.

UWL’s research arm, as well as the university’s public lectures, arts, culture and international population — all add to the richness of La Crosse, adds Kabat.

“Having this institution here in our backyard is incredibly beneficial to the city,” says the mayor.