Students get a boost from UWM’s American Indian education program 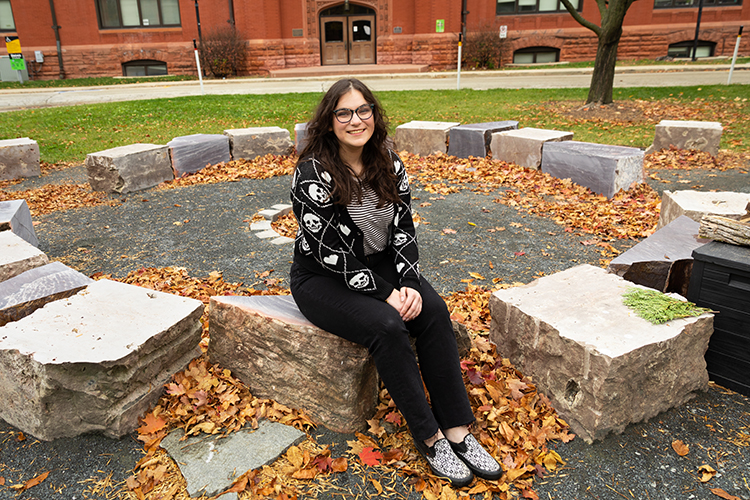 Jason Dropik is a school administrator working on a school superintendent certification.

Holly Lebeck, a junior, is earning an education degree in social studies, preparing to work with fourth- through eighth-grade students.

Elizabeth Hennessey, also a junior, is pursuing a degree in English education, with a focus on middle school. 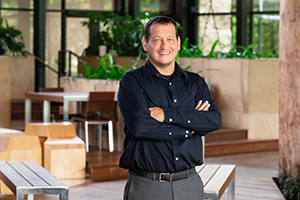 Jason Dropik, who is head of school at the Indian Community School in Franklin and a member of the Bad River Band of Lake Superior Ojibwe, said he felt it was important to continue to enhance his skills as an administrator and leader. (UWM Photo/Elora Hennessey)

Currently, a fourth round of funding is supporting three administrators and five future teachers, including two from UW-Superior, and a sixth is about to start.  (In the most recent grant period, UWM received two grants – $1,044,850 for preparing teachers and $358,533 for preparing administrators.)

Dropik, who is head of school at the Indian Community School in Franklin and a member of the Bad River Band of Lake Superior Ojibwe, said he felt it was important to continue to enhance his skills as an administrator and leader.

“There are not enough American Indian principals and education leaders throughout the country, so being able to continue my education to follow that path to show people what’s possible was important to me,” he said.

Dropik earned his undergraduate degree from UWM’s School of Education, with support from the American Indian education grant.

Lebeck said she felt she was destined to become a teacher for American Indian students. She enjoyed playing school with her younger brothers but didn’t know much about her heritage growing up. 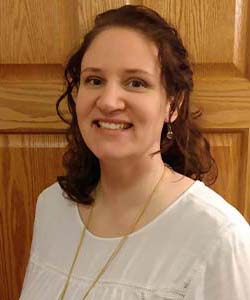 Holly Lebeck didn’t know much about her heritage until she started doing genealogy research after her father, who was Potawatomi, passed away. (Photo courtesy of Holly Lebeck)

That changed when she began doing genealogy research with her mother after her father, who was Potawatomi, “walked on.” (She explains American Indians use this term for those who have passed on, reflecting the belief that death is not final and “our ancestors continue to live and influence us.”)  She started digging into her family history on her dad’s side. “I really began to feel this connection with my ancestors. I felt like they were telling me, ‘Don’t forget me.’ I feel like I was led here.”

Hennessey, a member of the Stockbridge Munsee tribe, always wanted to be a teacher and was encouraged by others. “It’s pretty much the only thing I ever considered doing.”

“I wanted to be open to helping other students, especially if they are in my situation where they may not look native or feel confident in their nativeness,” Hennessey said.

The program provides five-year professional development awards, with a possible one-year extension. It is designed to support up to three years of training and two years of induction services to help students obtain education licenses and job placements, as well as retain American Indian educators in the field. Students who receive the funding are expected to work in American Indian schools or in districts with a high proportion of American Indian students.

The institute’s namesake, Electa Quinney, is recognized as Wisconsin’s first public school teacher. A member of the Stockbridge-Mohican tribe, she taught American Indian and white children in a one-room log school that opened in 1828.

The support is important to the students in the program.

“I was thankful for the opportunity,” Dropik said. With work and a family – he and his wife have three children, ages 12-20 – there were barriers to continuing his education. “Without that, I might have not been able to take on that learning and experiences that were part of my journey.”

Lebeck, who has three children, said the program provides security. “The money is helping our family be able to not stress about how I will continue learning,” Lebeck said. “It gives us that sense of security.

“Electa Quinney is very supportive of my path,” she added. “Each student’s path and each student’s major is different. The staff at the institute always say, ‘What is your path and what can we do to support you,’ rather than saying ‘here’s what we want you to do.’”

“It was really important, especially during COVID,” Hennessey says of the support she received when she found online classes challenging. “It really lifted a huge burden off of me. Even if I struggled, they made me not afraid to struggle, which is really, really good.”

Being able to share their cultural background is important to the students because that was something they didn’t always have when they were in school.

“When I was growing up, I felt it was very much not something you talked about,” Hennessey said. “My family didn’t want people to ask me questions I couldn’t answer.”

Dropik remembers struggling with his identity when he started high school. “I looked different from others I grew up around.  My ninth-grade year in high school I didn’t have teachers or administrators who could help me with that, so I struggled academically.”

Lebeck, who is studying the Potawatomi and Ojibwe languages at UWM, is also sharing her heritage. She has reconnected with her father’s family, who live on a reservation in Oklahoma. Her children transferred to the Indian Community School and now take part in powwows and learn traditional crafts like moccasin making and designing ribbon skirts. “We do a prayer ceremony in the morning. It’s a nice way to be ready for the day.”

Dropik’s son, who was valedictorian of his eighth-grade class at the Indian Community School, has had a different experience than his father. “He was able to take language classes I didn’t have when I was growing up,” Dropik said. “He’s a great example of what’s possible when you have structures and systems and support and an understanding of who you are.”