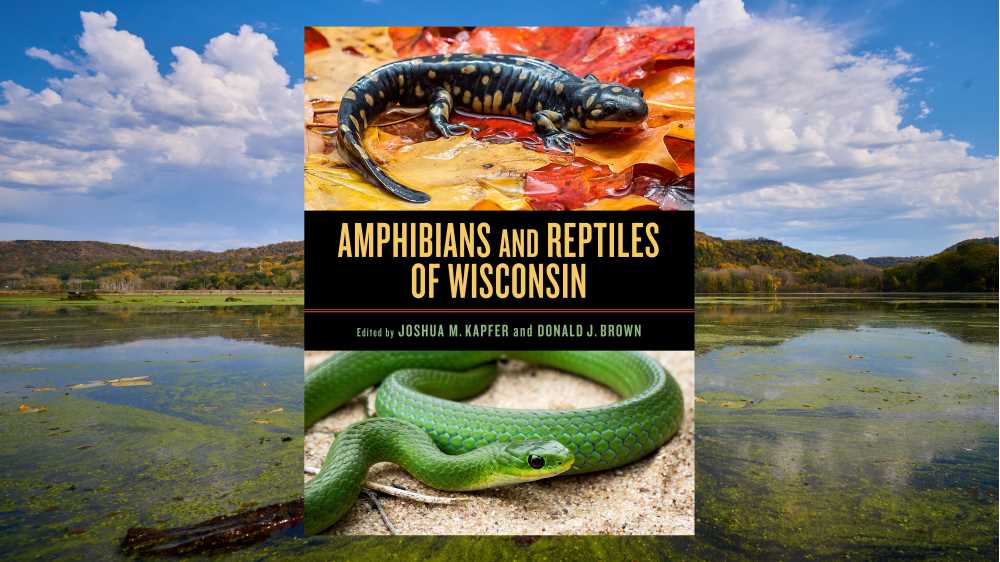 Josh Kapfer, ’99 & ’02 UW-La Crosse graduate, is the co-author and primary editor “Amphibians and Reptiles of Wisconsin,” a new book offering a detailed look at these organisms. Kapfer is a professor and certified wildlife biologist at UW-Whitewater.

Growing up in Stoughton, Wisconsin, Josh Kapfer always had an intense interest in wildlife — particularly amphibians and reptiles.

Like many, his first wildlife experiences were capturing turtles and frogs he found outside.

“I also really liked dinosaurs as a kid, and in my young, naïve mind, the closest living thing to a dinosaur was a lizard,” he explains.

Now, as professor and certified wildlife biologist in the Biology Department at UW-Whitewater, Kapfer is helping inspire students and others by getting them outside to find wildlife.

“I often tell folks that I can regularly take the college students I teach in field-based classes at UWW out and have them hold frogs or turtles or snakes that we encounter,” he says. “I can’t, however, easily have them hold a coyote or a bald eagle, so amphibians and reptiles provide rare opportunities for us as a society to directly connect with wildlife.”

Kapfer, ’99 & ’02, has taken that a step further by being a co-author and primary editor of a book, “Amphibians and Reptiles of Wisconsin,” with co-editor Donald J. Brown of the U.S. Forest Service Pacific Northwest Research Station. It’s an extensive 1,176-page hardcover book weighing around nine pounds.

“The book has an intimidating size, but I hope that won’t deter the individual who is casually interested in natural resources, wildlife, or amphibians and reptiles,” Kapfer says. 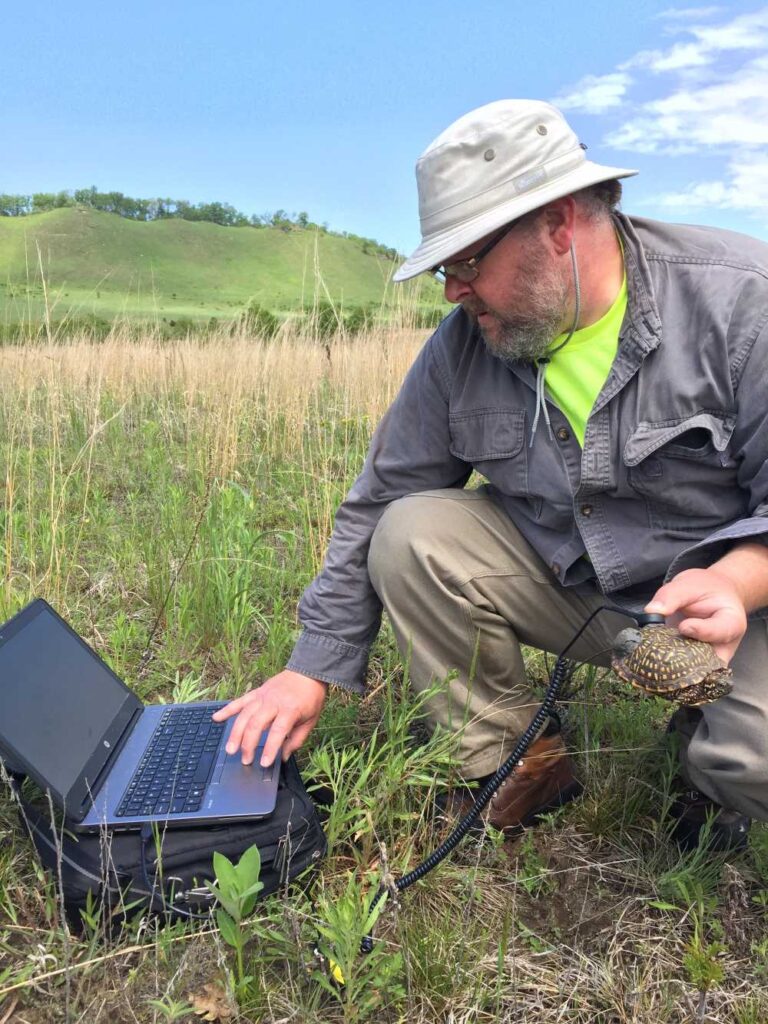 The book’s size is because the editors wanted to create a robust, scientific manuscript that is well-supported by referencing scientific literature and data. But they also took great pains to design the book for the casual reader.

Every species account in the book starts with a summary, so readers can gain a quick understanding of the organism without having to wade through its entire account.

Second, there are anecdotal stories that sometimes have little scientific relevance, but are interesting and fun to read, says Kapfer. These anecdotal stories, referred to as “Natural History Boxes,” are sprinkled throughout each chapter and species account. There are also hundreds of full-color figures and illustrations.

“Even the casual reader paging through the work can hopefully find interesting things to look at and read,” says Kapfer.

While it includes a welcoming tone for casual readers, there are also more serious aspects. These include a substantial amount of information on the systematics, identification, ecology, conservation and management of each species.

The book’s introductory chapters include information on prominent historical figures in Wisconsin herpetology, a large conservation and management chapter, and a review of how climate change could impact Wisconsin’s amphibians and reptiles. While including all these details in a regional natural history guide isn’t typical, Kapfer says it was necessary — particularly the information on conservation, management, and climate change.

“Given that we are currently facing dramatic declines or losses of wildlife species globally, Donald and I felt strongly that the book should pay much greater attention to conservation than is the norm,” he says.

Kapfer says it was as a UWL undergraduate that he discovered how being outdoors connects with scientific investigation. This realization that being an effective biologist can include working in the wild with living organisms, not just sitting in a lab, came while researching with the late Biology Professor Daniel Sutherland.

“To this day, I think of Dan often and miss him,” Kapfer says.

Later while working on a master’s at UWL, Kapfer says retired College of Science and Health Dean Mark Sandheinrich helped him evolve from an unseasoned researcher into a blossoming, effective scientist.

“Mark taught me a great deal about how to conduct strong scientific investigations and analyses, but also how to be an effective scientific writer,” explains Kapfer. “Without the guidance of these two individuals and others, such as my doctoral advisor Jim Coggins at UW-Milwaukee and colleague Robert Hay from the WDNR (Wisconsin Department of Natural Resources), my life today would be completely different.”

Kapfer’s life-long passion for the state’s amphibians and reptiles led him to spend nine years working on the book with his co-editor. With the last book on Wisconsin’s herpetofauna published more than 50 years ago, he knew there was need for an updated reference on this group of organisms. The previous review, published by Richard Vogt, is a favorite of Kapfer’s and is a sort of standard for how to write regional natural history books.

Kapfer says he and Brown collaborated with more than 50 of the region’s top herpetological experts to complete the publication. He says the book offered an outstanding opportunity to bring many professional herpetologists and ecologists together on a large project that will hopefully have a lasting effect.

Since the book’s release in early November, Kapfer says feedback from both professional and casual readers has been positive.