Power to the people: Three ways our nation’s electrical grid must change for a brighter future 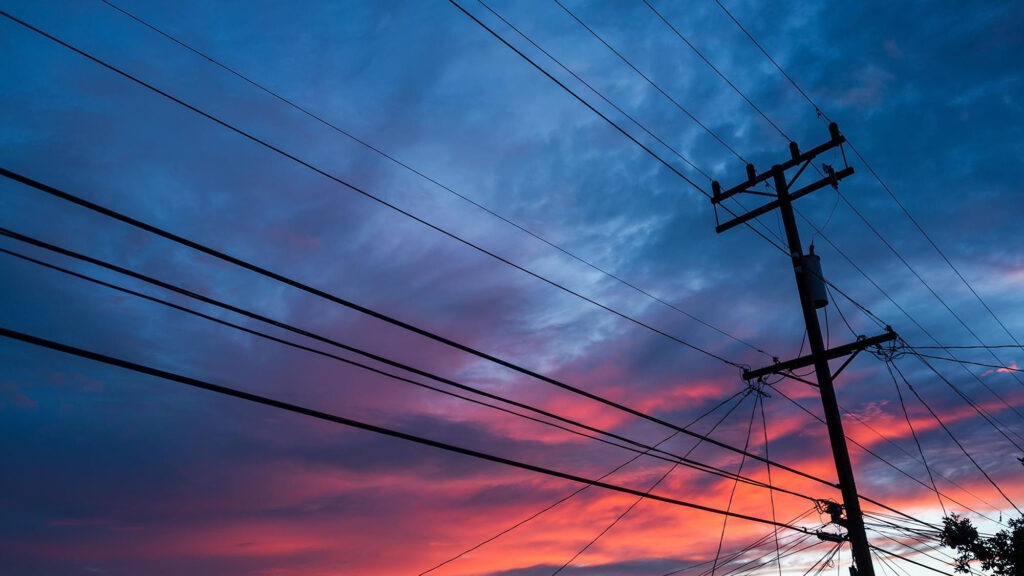 The world is on the cusp of a renewable energy tipping point; with recent technology advances, green energy generation methods like solar and wind are on the rise.

That’s great news for efforts to slow climate change and decarbonize the energy sector. But in the United States, our aging and outdated energy grid—including 200,000 miles of high-voltage interstate transmission lines and 5.5 million miles of local distribution lines—could be a roadblock in that transition.

To meet that demand, the energy grid needs some big improvements to shuttle electrons from industrial-scale solar and wind farms to factories and cities across the country. That’s why researchers in the College of Engineering are thinking about solutions that will make the system more stable, robust and ready for next-generation power.

One of the biggest improvements the grid needs is more interconnection. Currently, the U.S. power grid is really three separate grids—one connecting the states east of the Rocky Mountains, a solo grid for the state of Texas, and another grid for the West Coast. By connecting these grids, explains Electrical and Computer Engineering Assistant Professor Dominic Gross, it would be possible to take advantage of time differences to optimize renewable energy.

“Let’s say you’re producing a lot of solar power in California in the afternoon, when no one is home to use it,” he says. “That would coincide with the demand peak on the East Coast. However, we have no means to shift the power there. Instead, we have to try to store it and use it locally.”

Interconnection also means that if weather or other issues take down the grid in one area of the country, it would be possible to send backup power from unaffected areas. For instance, in February 2021, when severe winter storms in Texas caused the grid to fail for several days, leading to hundreds of deaths, it would have been possible to provide residents with electricity by shifting energy from the eastern or western grid if those networks had been linked.

There are a couple of ways to connect the grids. One option is high-voltage, direct-current transmission lines, sometimes called electrical superhighways, that can shuttle energy thousands of miles without too much energy loss. That technology already is in wide use in Europe.

But Electrical and Computer Engineering Professor Giri Venkataramanan, who directs the college’s Wisconsin Electric Machines and Power Electronic Consortium, and Electrical and Computer Engineering Assistant Professor Line Roald are currently researching low-frequency, alternating-current systems, which could use the existing infrastructure and may perform just as well as their direct-current counterparts, but at a much lower cost. Either way, tying the grid together is one of the best ways to maximize renewable energy.

When energy travels through those long interstate transmission lines, it is “stepped down” and arrives at home appliances like your Instant Pot via a massive web of distribution lines, usually run by local utility companies or governments. This network could use a major upgrade as well.

Roald works on finding ways to optimize these distribution lines. She says the most important task for local line operators is preparing the system for climate change.

“We have an increased incidence of severe weather; we have heat waves and sometimes we have cold spells that are expected to become more severe and more frequent,” she says. “So we have to make everything work together through that.”

Changes will need to take place on the local level, with utilities burying power lines susceptible to high wind or overhanging vegetation and replacing old or worn-out infrastructure. At the same time, they’ll need to implement smart grid technologies, such as switches that allow utilities to turn off certain distribution lines or reroute power when trouble does occur.

In her research, Roald creates tools that help utilities analyze their grids and prioritize their resources, helping them to make the most cost-effective, wide-reaching changes first.

“The grid does need money devoted to it,” she says. “It needs repairs and maintenance. But the most important thing is when lines are destroyed by major weather events, we shouldn’t just rebuild them as is. We need to focus on upgrading lines so they can fare better the next time around.”

In the future, the grid won’t just rely on large-scale utilities for its upkeep; smart technologies on the consumer side will also contribute to grid optimization and stability.

Gross, for instance, is part of a new $25 million universal interoperability for grid-forming inverters consortium. In the “legacy” way of making power, huge generators like coal plants produce a frequency and signal that other producers can use as reference. A grid full of thousands of decentralized renewables, however, doesn’t have a source to lock onto, and could result in unstable and erratic power.

Gross and others in the consortium are working on ways to develop and use inverters that allow renewables to form their own frequency—independent of legacy power plants.

Venkataramanan says that in the coming decades, the devices and gadgets in our homes will also play an important part in optimizing and stabilizing the grid. Smart technologies will allow car chargers, appliances and large energy users like water heaters and air conditioners to ramp their energy use up and down to balance the load on the grid.

“Historically, it’s always been a responsibility of the grid and the generators to take care of energy loads,” he says. “Now, we’re developing paradigms where every load, every LED light—and everybody—can play a small part. But it can have a huge impact.”