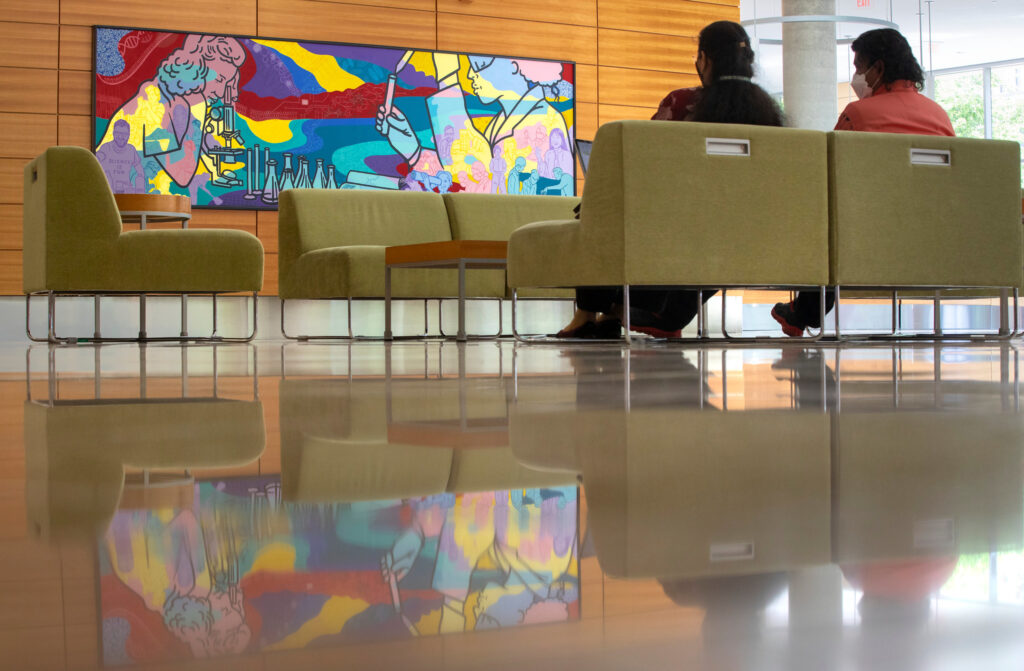 Bright colors, bold lines and intricate patterns framed within abstract shapes come together to form a new mural currently on display in the first-floor atrium of the Discovery Building.

Created by Wisconsin artists in partnership with the Illuminating Discovery’s Science to Street Art initiative at the Wisconsin Institute for Discovery, the Morgridge Institute for Research and the Wisconsin Alumni Research Foundation, “Landscape of Discovery” is a multilayered, Wisconsin-inspired mural featuring popular historical figures and modern-day scientists.

A key feature of the mural is that it’s interactive. Hidden surprises reveal themselves when the onlooker investigates close up and encounters QR codes scattered throughout the installation. With the scan of a QR code, visitors arrive at a website describing the 12 real scientists depicted in the mural as well as anonymous people who represent the multitudes of historically under-recognized scientists. 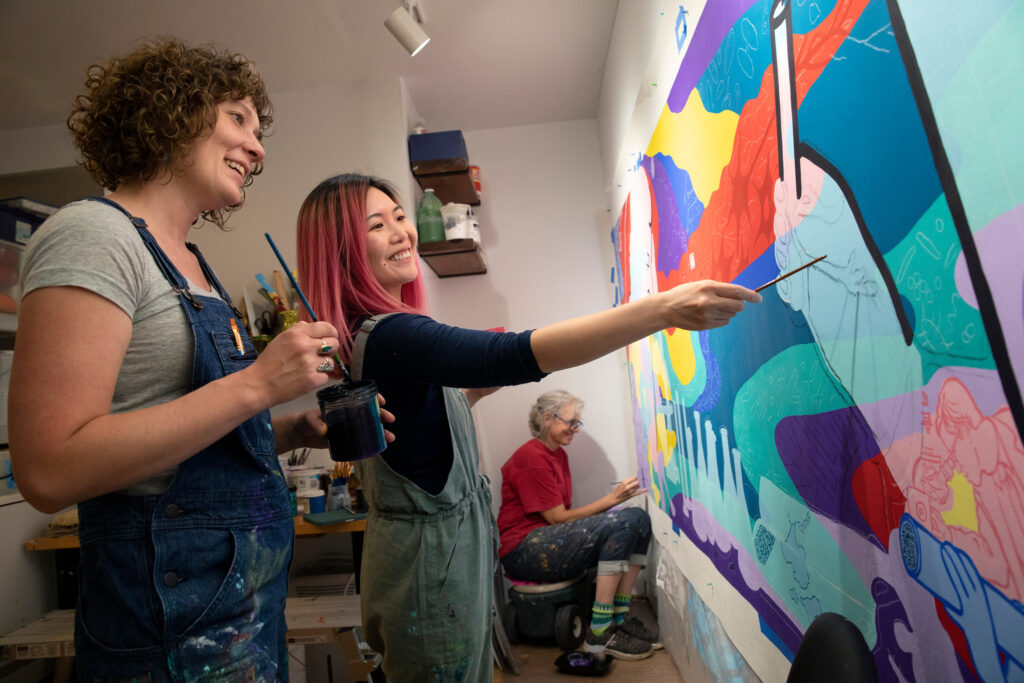 From left, artists Amy Zaremba, Sharon Tang, and Alicia Rheal work on a science-oriented mural at Zaremba’s home studio on the east side of Madison, Wis. MICHAEL P. KING

“Murals are an invitation, and because they belong to a physical space, they inspire collective identity and give visible voice to the soul of a community,” says muralist Sharon Tang, lead artist and current doctoral candidate in cell and molecular biology at UW–Madison.

Some of the real scientists depicted include Bassam Shakhashiri, chemistry professor and founder of the Wisconsin Initiative for Science Literacy, and Hector DeLuca, whose pioneering work on vitamin D has led to many new treatments. But just as important are lesser-known scientists such Jessie Price, a veterinary microbiologist who developed vaccines for life-threatening diseases of ducks and other waterfowl, as well as anonymous people in the act of doing science.

These figures represent the cutting-edge and interdisciplinary science occurring within the Discovery Building, which includes WID and the Morgridge Institute. The hope is that the mural will inspire the next generation — something that is important to muralist Tang.

“As a former teacher, artist and now as a scientist in training, I firmly believe that there is incredible potential to enhance the accessibility of science in society through art, starting with the creation of spaces that boldly invite belonging,” Tang says. 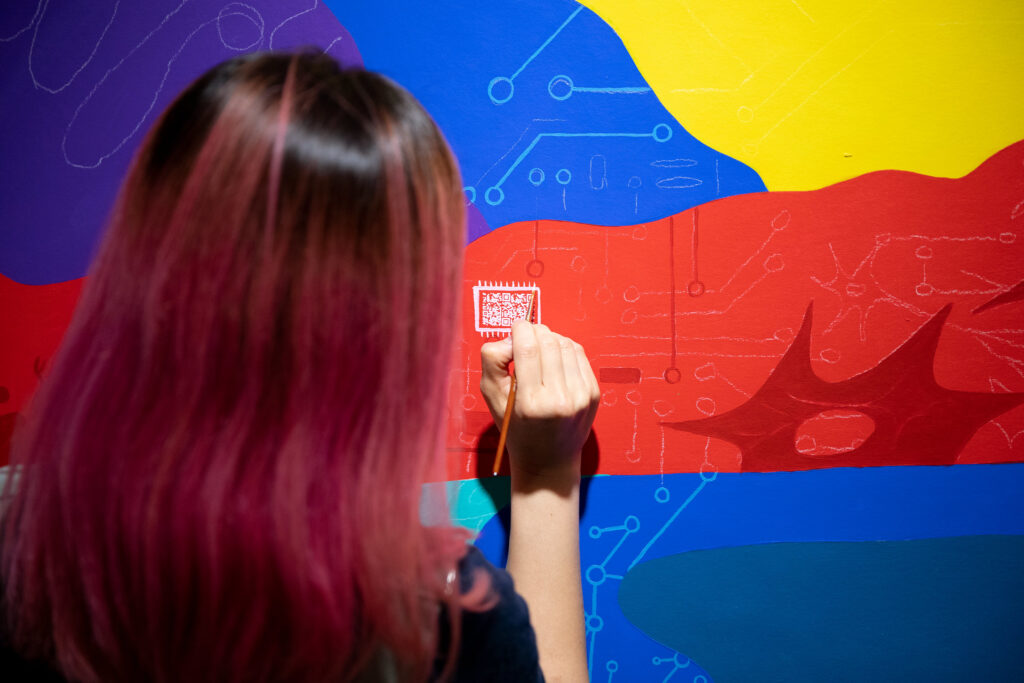 To create the mural, Tang collaborated with Amy Zaremba, co-creator and owner of Zaremba Art LLC, and Alicia Rheal, artist and owner of Rheal Imagination. The mural was installed over the summer of 2022 and is the result of artist and scientist conversations held in spring. The mural’s target audiences are the thousands of visiting students and their families as well as current students of all ages. The mural is a tool for bringing awareness about the multitude of STEM subjects to the public and for inspiring people to explore and engage in science, whatever that may look like.

“As an immigrant, first-generation college student and woman in science, I have faced the harsh realities and inequities of being a minority member in less inclusive research communities,” says Tang. “These experiences have galvanized my desire to make tangible contributions to foster belonging and representation in academic spaces at UW–Madison and beyond.”

Visitors to the Discovery Building can view the mural and interact with it daily during business hours.