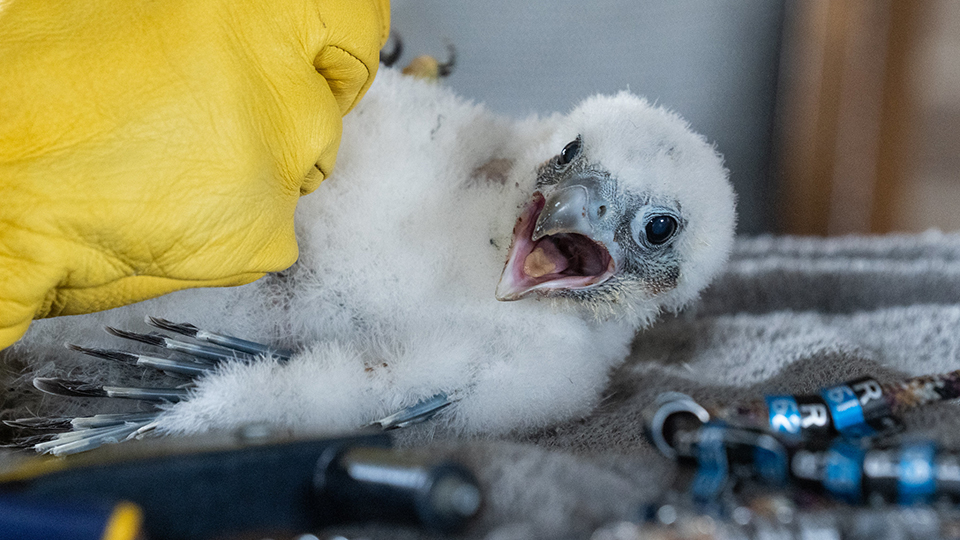 The University of Wisconsin Oshkosh is again home to young peregrine falcon chicks, who are nesting on the roof of the Gruenhagen Conference Center on the Oshkosh campus. This time there are three: Laurel, Honor and Triumph.

In a project overseen by the University’s Sustainability Institute for Regional Transformations, the trio of chicks were banded Thursday as part of an ongoing statewide program for tracking and monitoring peregrine falcons. This is the 12th year Gruenhagen has been a purposeful home for peregrine falcons.

The young banded falcons are likely to stay around campus through the summer and into the fall. Their mother is Julia, who has returned to the Oshkosh nest for a seventh year. She was hatched at a site in Chicago in 2011. 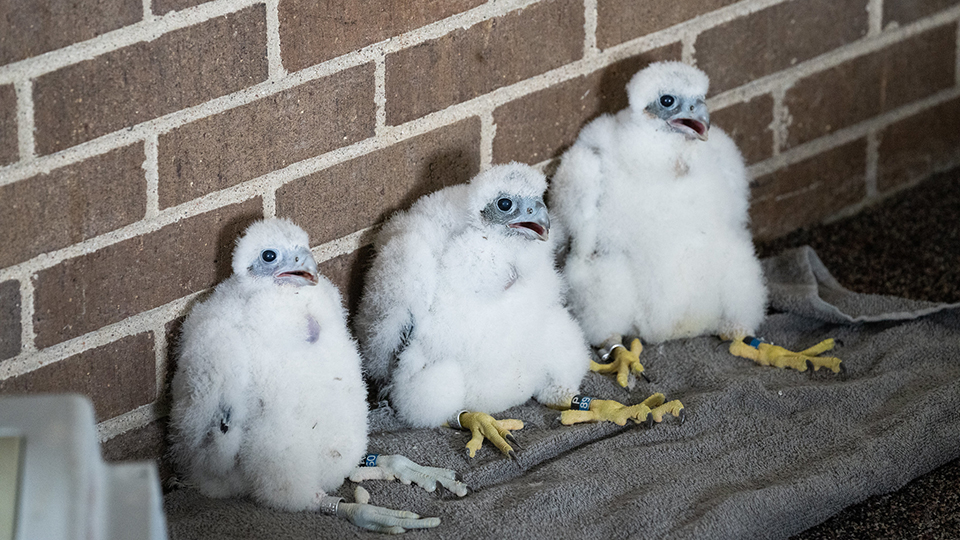 This year’s group of falcon chicks are named Laurel, Honor and Triumph.

Greg Septon, an independent peregrine specialist and founder of the Wisconsin Peregrine Falcon Recovery Project, handles the banding and has worked on the project with UW Oshkosh for several years.

An extra concern for Septon this year is a highly pathogenic avian influenza outbreak that’s devastated several commercial poultry operations across the country and has been found in some wild birds. It’s not especially dangerous toward humans, he said, but is highly transmissible between birds—and this outbreak has killed at least five peregrines, to his knowledge, so far.

Peregrine falcons are known as the fastest animals on Earth, capable of reaching speeds of 200 mph during a dive. They feed almost exclusively on birds they strike in midair and grasp with their talons. Blue jays and pigeons are among their favorite targets.

To keep on eye on the birds, a livestream of the falcons in their nest is available on YouTube. 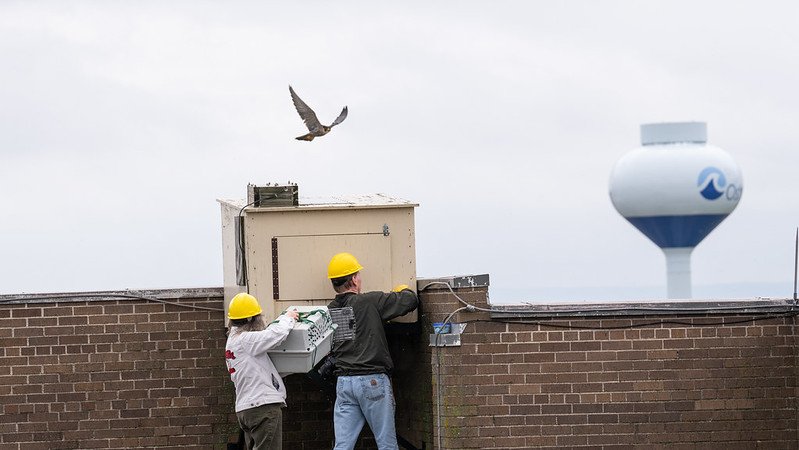