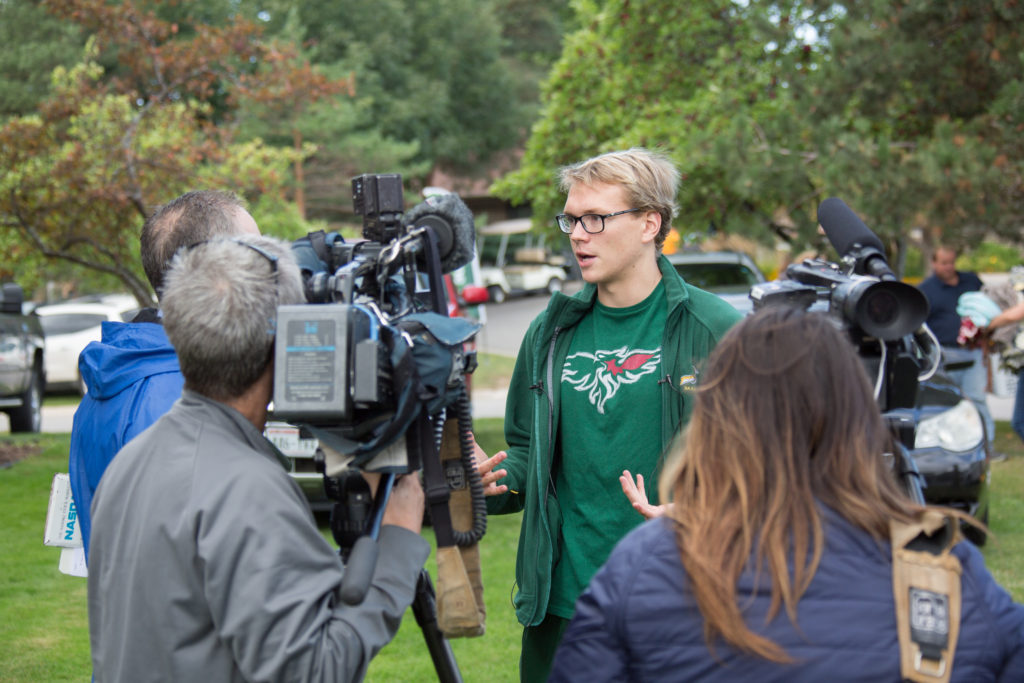 UW-Green Bay freshman and Houston native James Finley moved onto campus Aug. 31 with quite a story to tell. Finley, a member of the Green Bay swimming and diving team, along with his family members, have been actively rescuing friends and neighbors stranded in the flooding from Hurricane Harvey.

Before making the 23-hour trek to Green Bay for move-in, Team Finley brought about 60 people and 30 pets to safety since flooding overtook their hometown on Sunday. Finley’s efforts included personally lifting a neighbor reliant on an oxygen tank to a waiting kayak to take him, his wife and pets to a shelter. Social media coordinator Jena Richter-Landers first tracked the story. With permission from the Finley family, UW-Green Bay notified local media which answered the call and swarmed Small Hall to talk to James and his family. 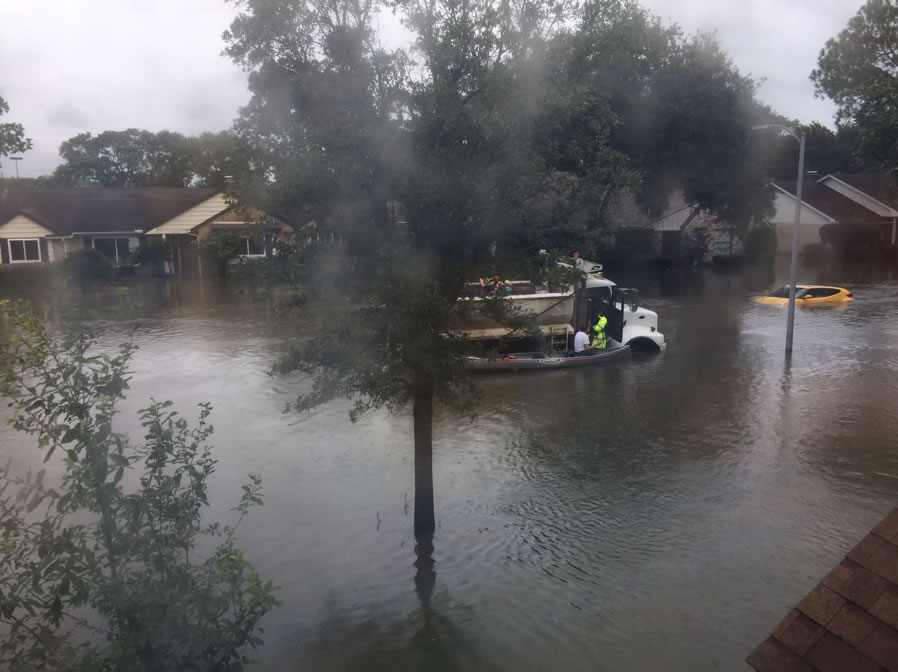 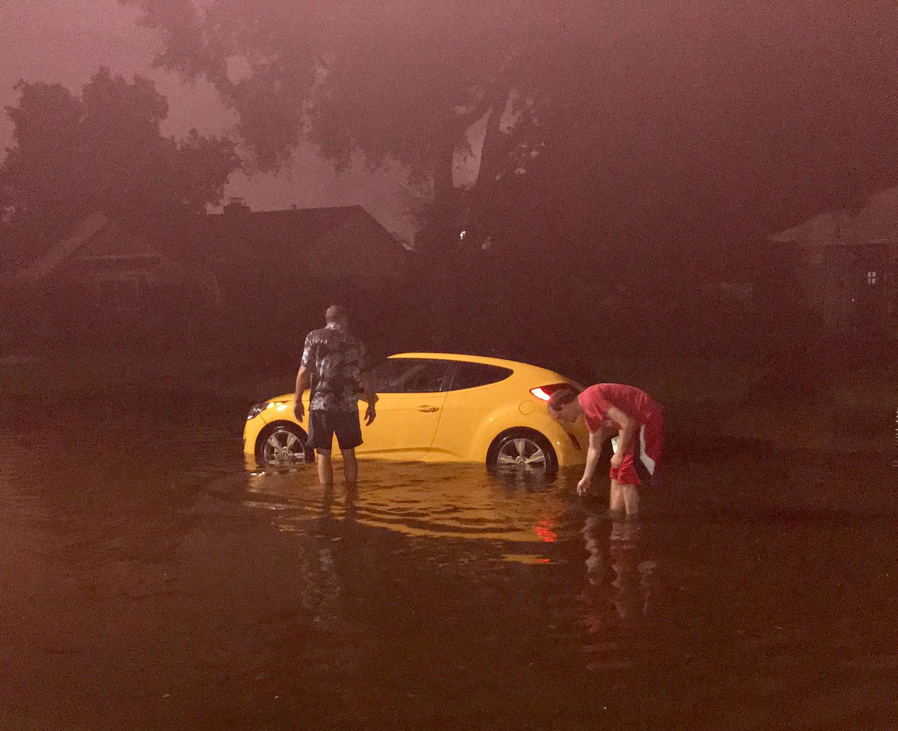